Cycling from head to toe

Maybe you have already seen her bicycle decorated with a graceful green foot travelling around Brussels. Manami Shimizu is Japanese; she has been living in Belgium for 13 years and runs a home pedicure service.  Each morning she starts out on her cargo bike which holds all her medical equipment.

‘Many of the elderly patients are surprised when I come to their home. Most of the time they are happy because this way of traveling is more ecological. It’s also practical because I don’t need to look for a parking place and there is always a small space for my bike.’

Raised in the outskirts of Tokyo, Manami met her Belgian husband when they were studying in Japan. ‘When I was a student I always rode my bike from home to the closest train station. There aren’t very many cycling paths back there.’

After working as a Japanese instructor then a secretary in Brussels, at the age of 35 the young woman decided to start her own company. She wanted to be independent and be able to manage her own time. As the mother of a young son, it was too daunting to spend years in school for a full medical degree, so she enrolled in a two-year pedicure course in Flemish.

‘My main professor worked at home; she’s the one who made me want to do home visits. I never even considered doing this by car and immediately looked into cargo bikes.’

‘A philosophy that is both professional and private’

She spends her work time between nursing homes and pedicures in private homes. On her busiest days she can fit in three or four sessions through the whole periphery of Brussels. Sometimes she has patients in Flanders and is obliged to drive there because of the distance.

She obviously prefers two wheels to four. This passion is not just limited to her working life. The family has almost a dozen bikes in the garage. Her five-year-old son rides his bike to his Dutch-speaking school. Her husband – who works at Toyota – also rides his bike to the company’s European headquarters in Haren. ‘He loves that, and to think that he works for a car company!’ Manami jokes.

For family outings they have purchased a second cargo bike. They also have a VTT, a folding bike, a city bike and so on. A true source of pleasure for this cycling family. Not so much a means of transport as a philosophy of life for this pedicurist. 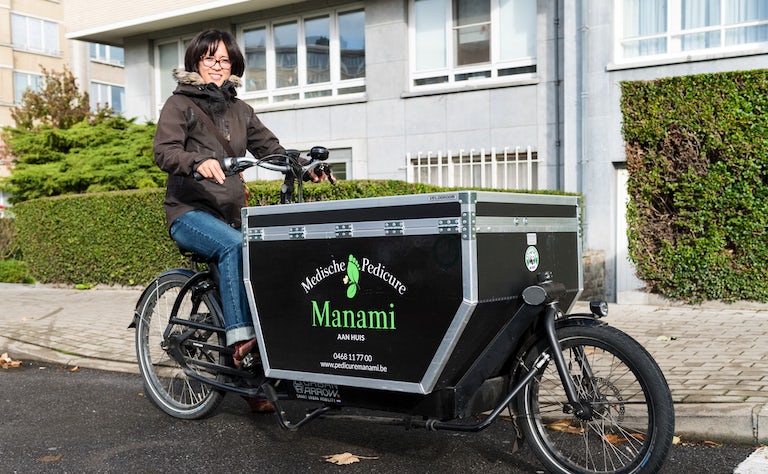 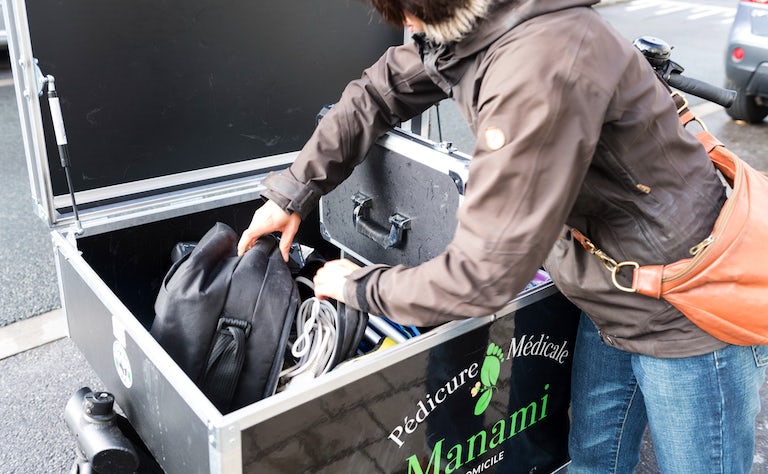 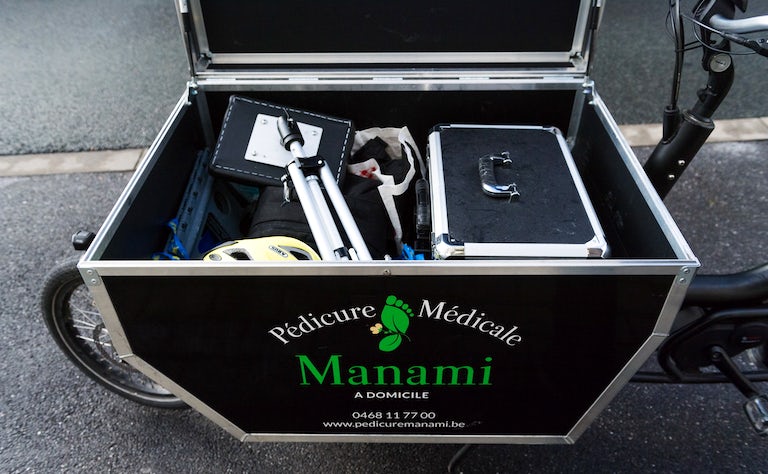 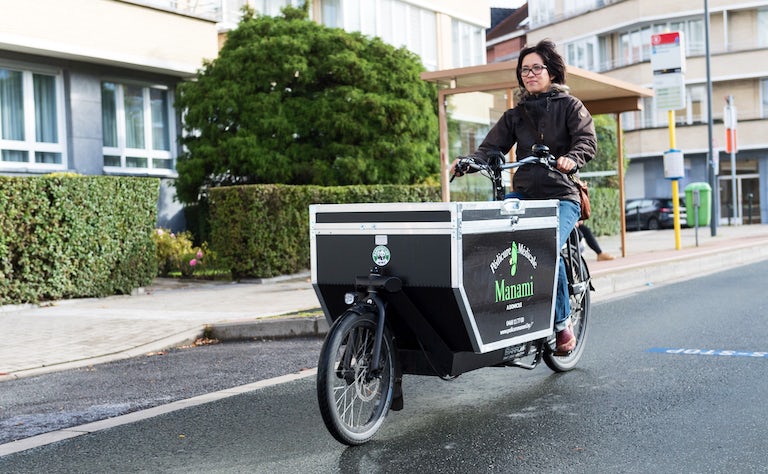 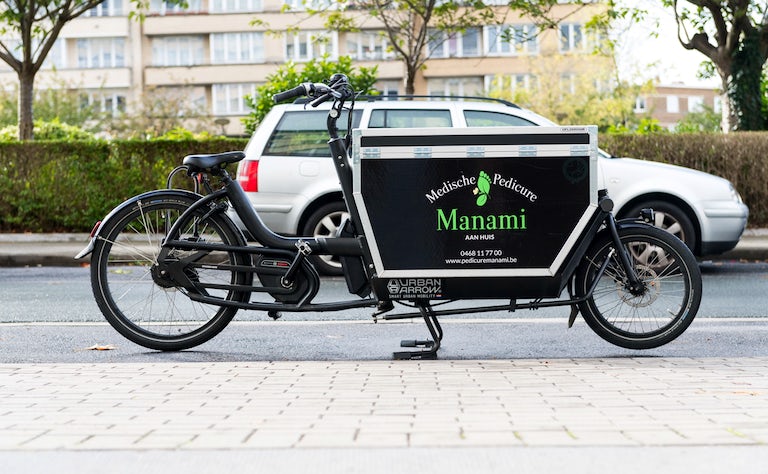 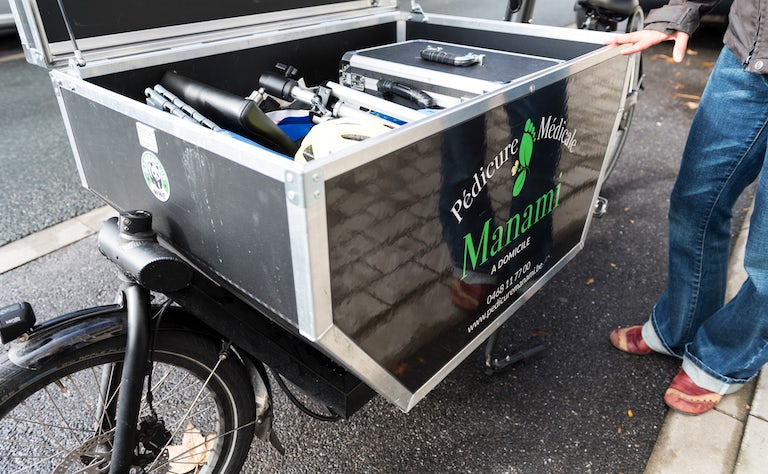 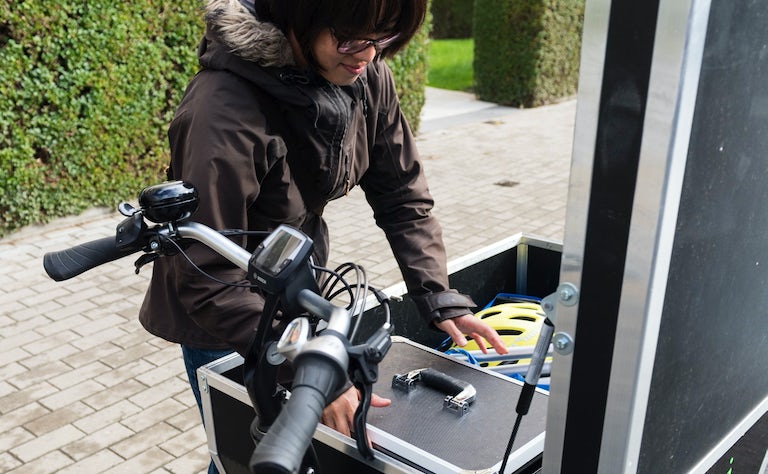 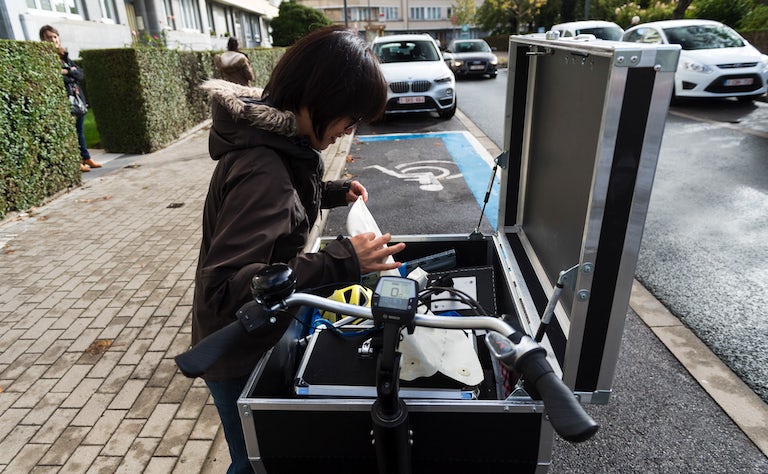 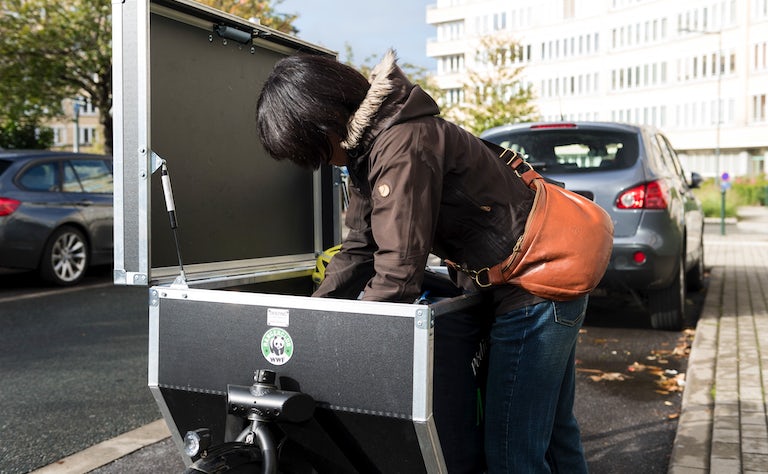 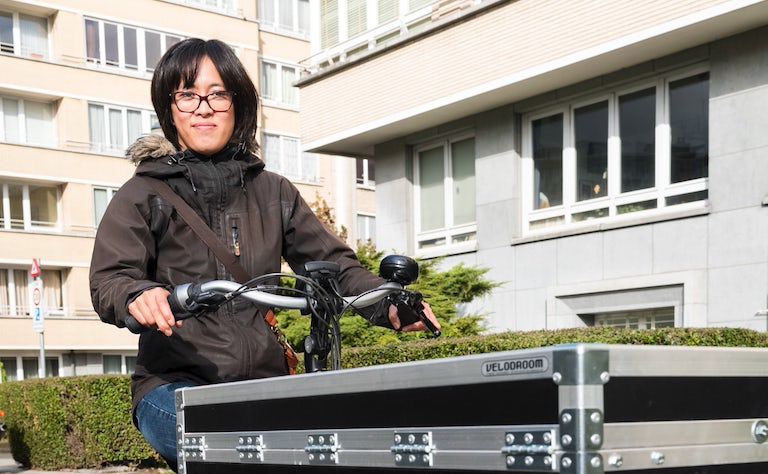