For Kévin, pedaling is the key

The cycle repairer travels round Brussels to help you out with his electric cargo bike. The entrepreneur sees himself as a pioneer in his business and hopes to give ideas to other service providers.

“There’s not a day going by without being called upon in the streets or at traffic lights”. Fluorescent green on a black background, a cyclist with a giant key in hand, the young locksmith’s logo attracts the curious who take pictures of the boot of his electric bike.

“The bike brought me some sympathy capital. Compared with before, I really notice a great difference. People are smiling more when they see me or when I intervene. I never had this before”.

For 15 years now, Kevin has been working for Pierre Clabots, the building security and surveillance company. “15 years of van driving leaves traces. The biggest problem is finding suitable parking spots”.

A need of independence and freedom. The locksmith went on to launch his own 2-wheel installation and repair business. For the first few months, he combined his small company work with his employee job. Today, it’s a full-time occupation.

If this dad of a 5-year old boy chose the bike, it’s also because, since childhood, he has been a keen mountain bike fan. “I have been biking during all my childhood in Anderlecht. It remains a passion to me. I wanted to become a professional in this domain”. Today, he earns his money through bikes, but in another way.

“The bike gives a more positive image of my job”

Time and money economy (the cost being inferior to that of a car), ecological awareness, the biking entrepreneur extols the merits of his mean of transport for smaller companies like his.

He’s especially happy to notice the effects of this new mean of transportation in his clients’ glances. “Usually locksmiths have negative press. We are usually considered as scammers. The bike gives a better image of my job. Clients are more enthusiast when they see me arrive”.

Kevin tries to motivate other young people to follow this path. As a speaker, he took part in a conference of bicycle entrepreneurs organized by the Tandem bike café which opened this summer in Molenbeek. “Talking about it around me could motivate others to get started”, he concludes. 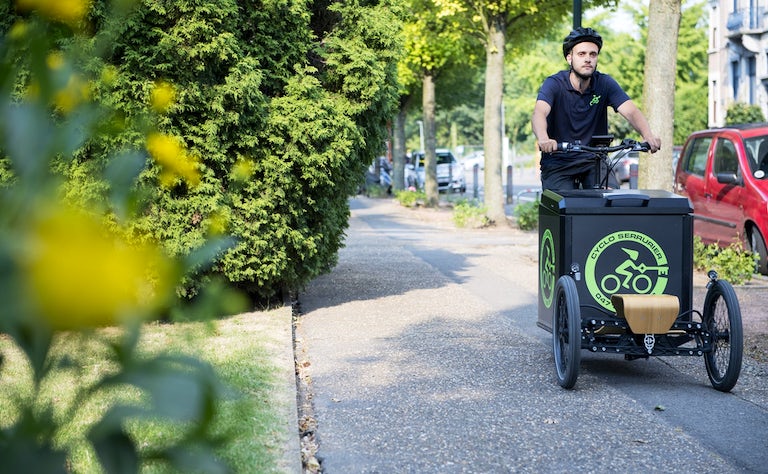 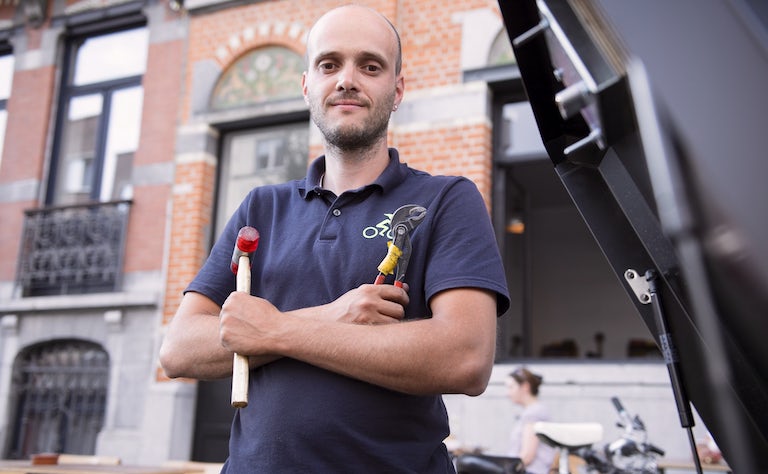 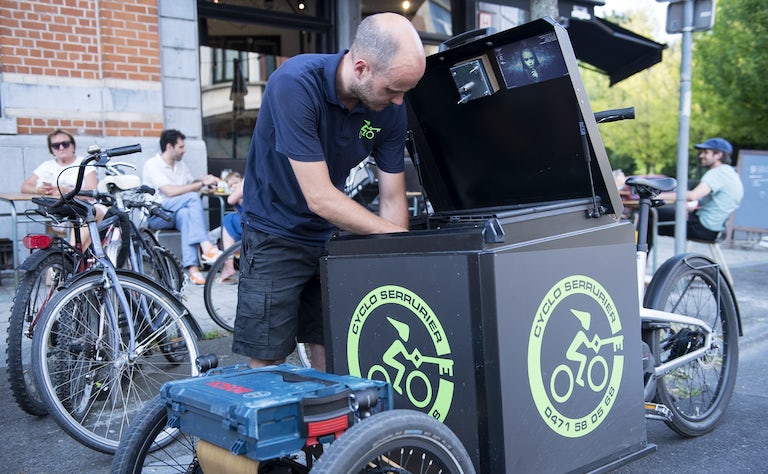 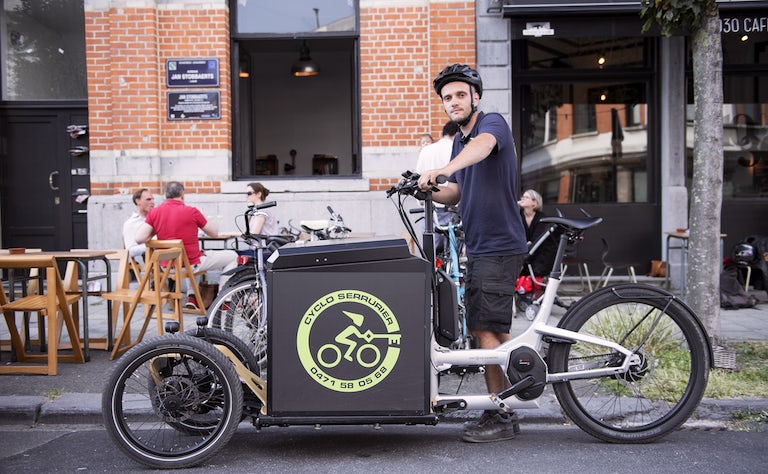 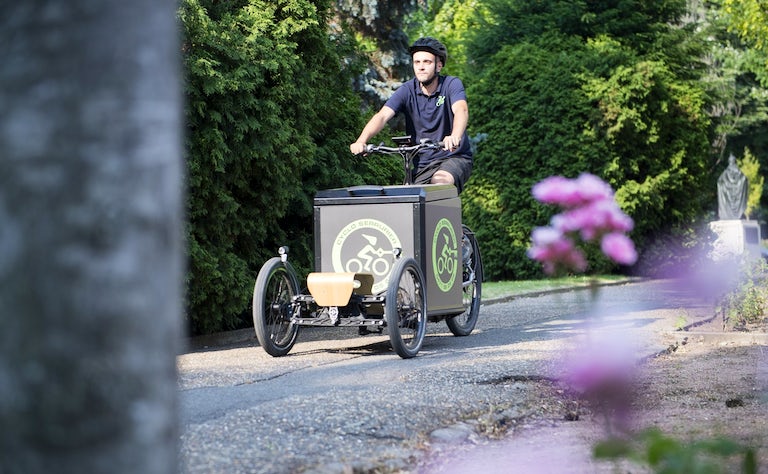 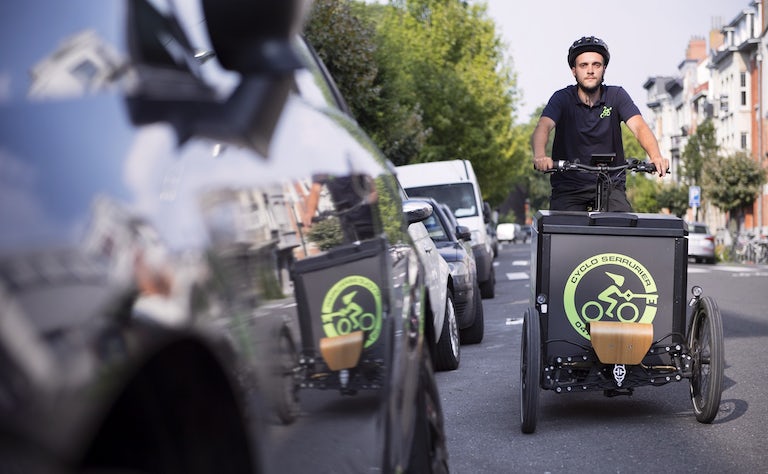 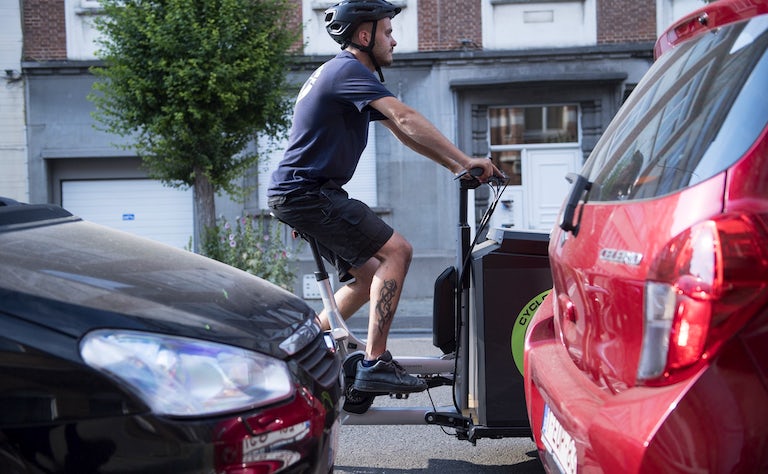 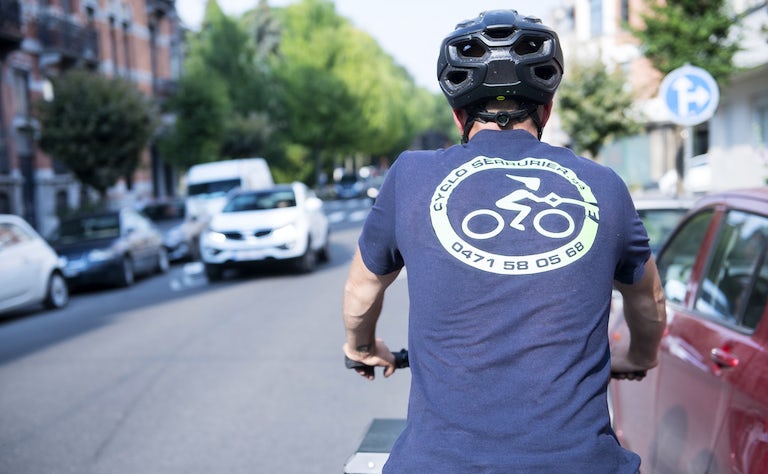 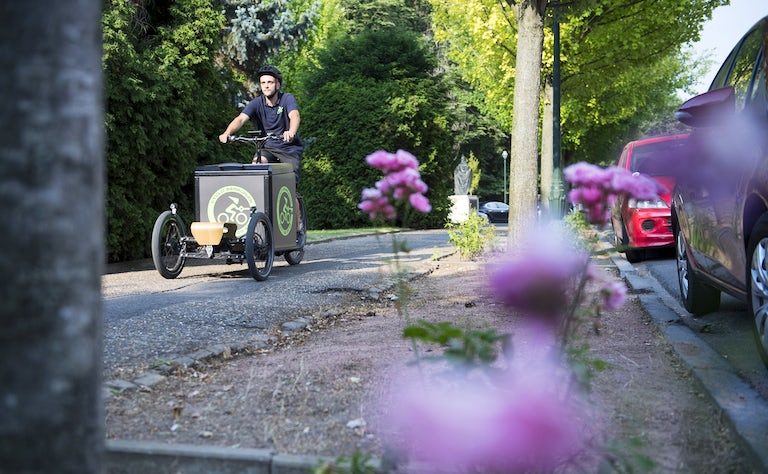 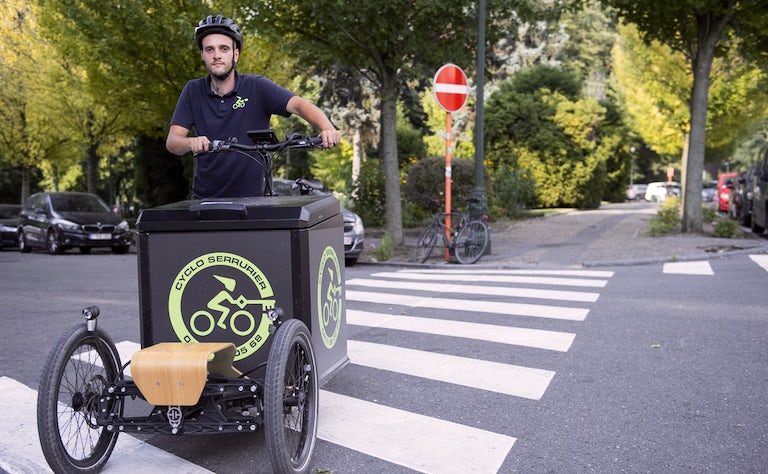 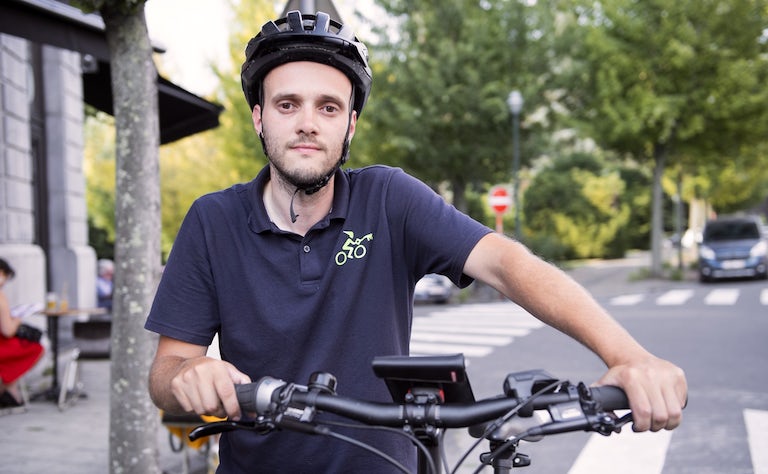 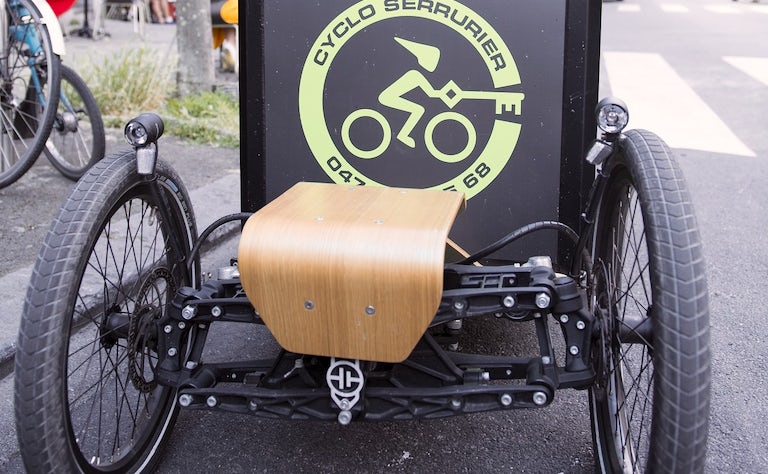 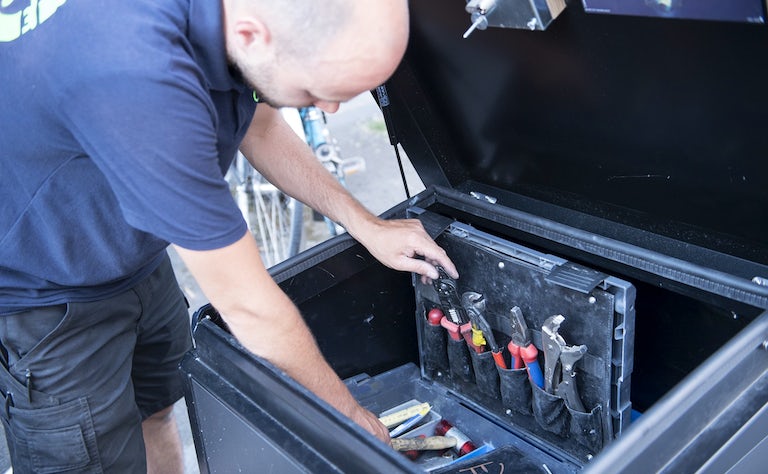