The “Biciclub”, a bike club by kids, for kids!

It’s a Sunday morning like many others, at the start of this October month. In Saint-Josse, the streets are peaceful and one can only hear the sound of the wind among the browning leaves through which a glimmer of sunlight shines. However, on the outskirts of the Félix Delhaye square, an usual crowd gathers. There is a handful of smiling people with their bicycles who have gathered on behalf of the “Biciclub”, a bike club… by kids and for kids!

“Biciclub” was created in 2015 by Gil, a young 10-year old boy from Saint-Josse-ten-Noode. During a brunch for ideas organized as part of the neighbourhood’s contract, Gil suggested creating a bike club for children. His idea proved to be quite successful and he was later asked to take his project one step further: present his bike club project in front of a citizens assembly. With the help of Gilles, a volunteer from the “RacàGnac” workshop, Gil suggested numerous ideas related to his bike club project: bicycle initiations, playground activities during flea markets, a self-service tool post and more importantly, bicycle outings for children aged 9 to 12. Gil specifies: “I didn’t only want my friends and myself to enjoy it, I also wanted other children who don’t have the possibility of riding their bicycles with their parents to benefit from it”.

Following his convincing presentation, a budget was allocated to “Biciclub” so as to finance their picnics during bicycle outings, from March till October. Gil raised awareness about his “Biciclub” by distributing flyers in schools and cultural centres. By doing so, he managed to bring together a small group of around 10 children (15 children maximum), including Arthur, a faithful bike fan who has never missed an outing. Together, the members of “Biciclub” visit the most beautiful places Brussels has to offer: the Atomium, Bruxelles-les-Bains and its beach-soccer field, the small vapour train from the Bempt park in Forest, the Georges-Henri park and on this Sunday in October, the public gardens of the “Chant des Cailles”. However, Gil and Arthur are adamant: their best memory was “on top of the Porte du Cinquantenaire”..

Eloïse and Tine, the two supportive guides of the Biciclub, emphasize that: “With these bicycle outings, we noticed that the children were amazed at how easily accessible the most famous places in Brussels are. They could not believe they could actually ride their bike to the Atomium!”.

The Biciclub will soon expand and its neighbourhood contract will come to end. Its members are already considering solutions in order for Biciclub to continue making its young cyclists pedal their way through Brussels. One thing is for sure: their motivation won’t run out! 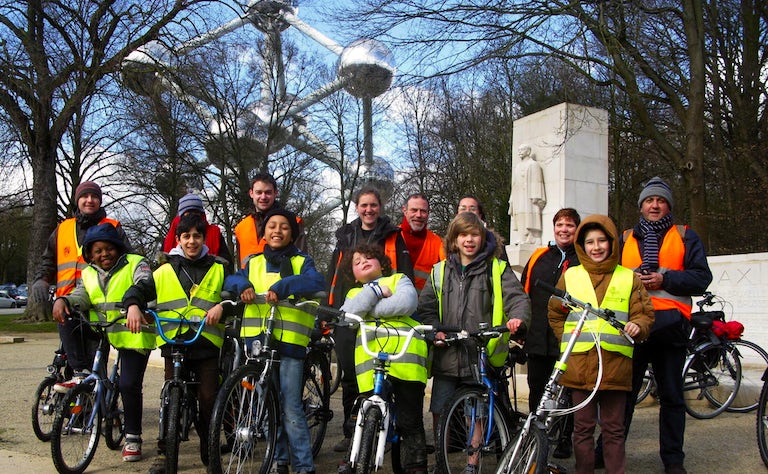 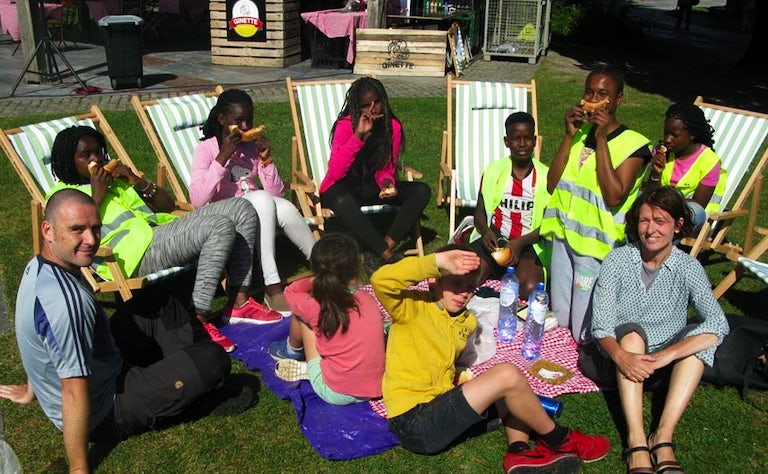 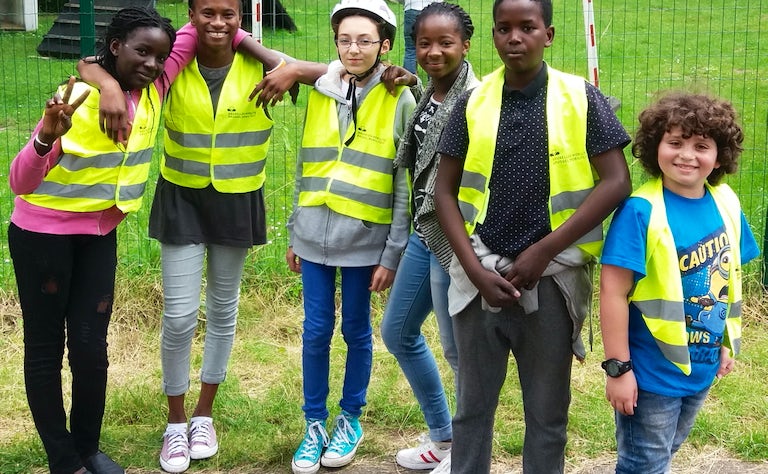 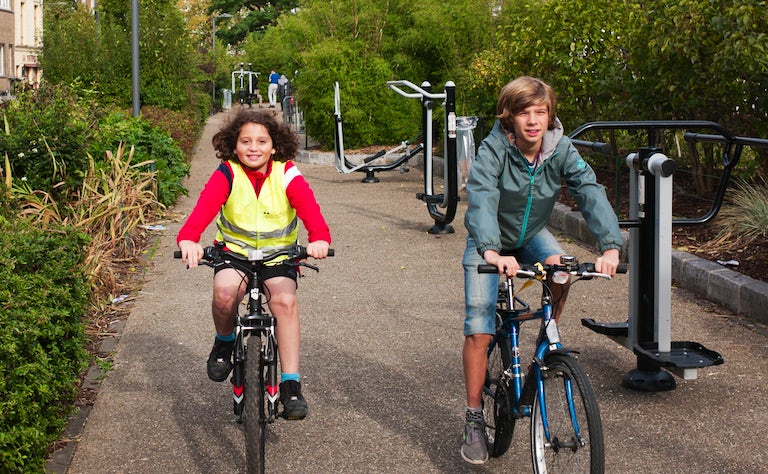 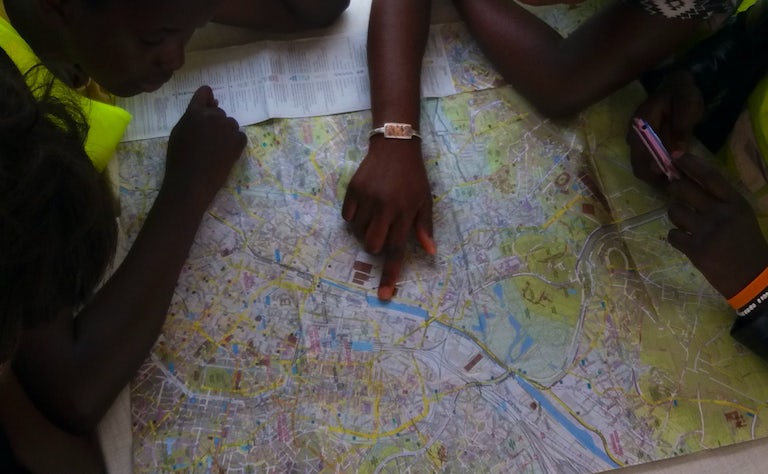 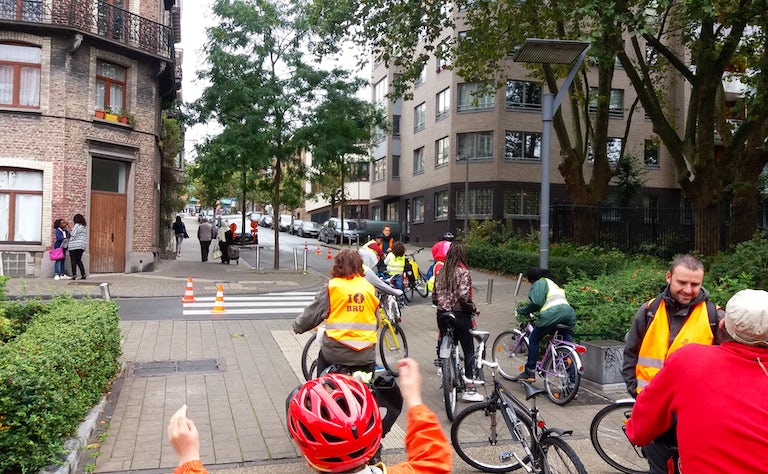