In Leipzig or in Brussels, Sara goes by bike

When she left Germany to move to Brussels four and a half years ago. Sara brought her bike with her. “I come from Leipzig and studied in Dresden. In those cities people use the bike a lot. It’s just normal. Here, I often hear comments like: “Oh, you are cycling!” It is still exotic. But for me, it is the most practical means of transport: especially in Brussels. It is faster than on foot, by public transport or by car,” she says.

So every day, she cycles to work, from Saint-Gilles to Trône. “It is only three kilometres, it takes me about 15 minutes,” she says almost apologetically. “Before, I had a longer journey: I had a student job in Evere,” she continues.

Sara, 28, doesn’t even have a season ticket for public transport. She only takes the underground when it is really raining a lot. On the other hand, she does have a subscription to Villo. “I use it when I am meeting friends who aren’t cycling,” she explains. It allows her not to have to move her bike at the end of an evening. Not having a car, she also has a Cambio subscription. But she confesses she never uses it. “It is just for transporting furniture, for instance,” she says.

She also does the shopping by bike; armed with a backpack. “But I’m going to buy some saddlebags,” she says.

Those who say that Brussels is too hilly to travel by bike she replies that “it is true that there are hills but it is still feasible. And then, when you know the city, you can adapt your route to avoid some hills.” And to those who think the bike is not made for women, she counters, “There are women who are afraid of arriving at work having worked up a sweat. I cycle for 15 minutes; you don’t sweat in such a short time.”

And for Sara, cycling is an easy way to do sports: “I don’t do any other sports except for cycling.”

But she does not believe that there are so few women who cycle. “Outside work, there is a set of traffic lights that are never green when I arrive. So, while waiting, I have done some statistical analysis and I see lots of women in fact. This morning, there were six women for every man. But as we are in the European district, perhaps there are women who come from countries where there is a bigger cycling culture,” she says. So, where she works (at the Goethe centre) there are lots of Germans and many of them cycle.

Her partner, who is from Brussels, also cycles. “I think it is my influence,” she says smiling. His work pays for him to have a season ticket on public transport but he doesn’t take it any more now.” Instead, he receives a small contribution to maintain his bike. The couple’s two bikes are stores in the entrance to their building as the owner’s proposed, “We choose the apartment for that in particular,” she concludes. 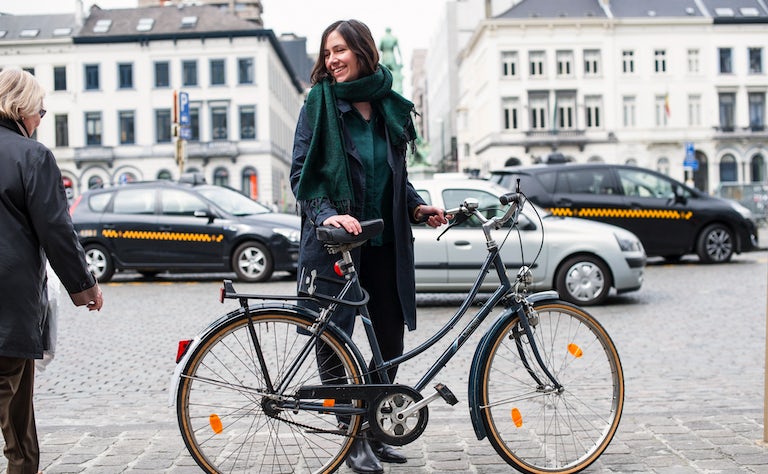 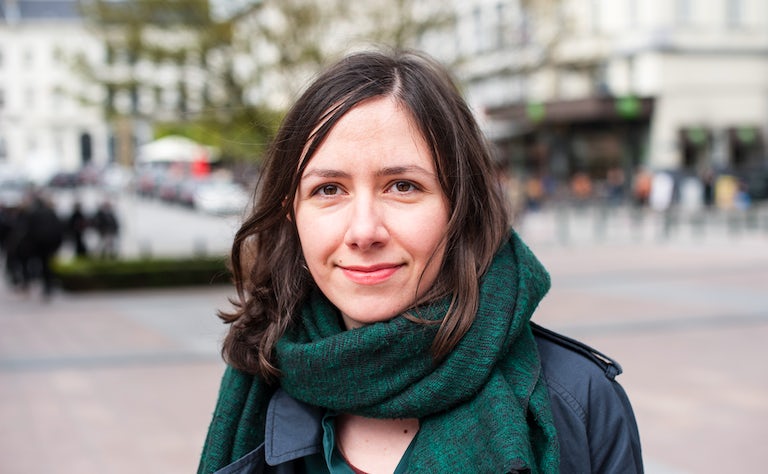 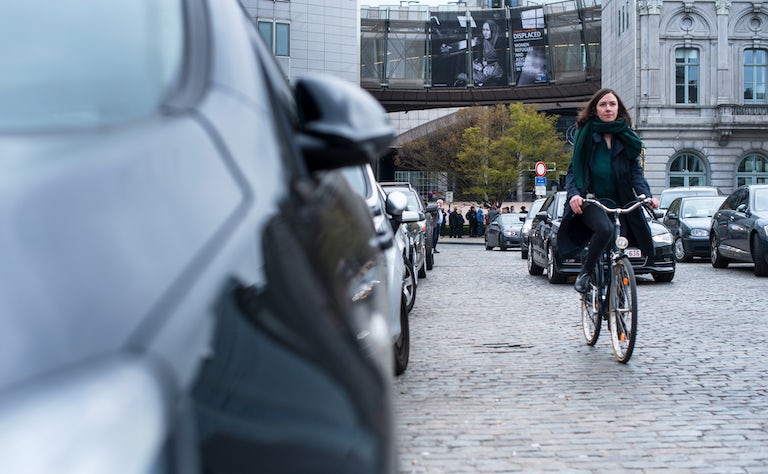