At the Ursulines, there is no BMX club but a large “family”

If they could, they would spend their lives riding their BMX. They even take them when they leave on holiday. “It’s obligatory otherwise I get depressed,” says Ludo, 33. “If you leave without your bike, you see a spot and think you have to come back,” he continues. On holiday or in Brussels, his mind is in BMX mode, “When you walk, you see ramps and stairs. It’s an illness but like that you find good spots.” He has been riding BMX for eight and a half years. His passion is inscribed on him to the tips of his fingers with the tattooed letters: “Ride my bike”.

Ludo does not have a car; he makes all his trips by bike and he intends to pass his passion on to his two children. The younger is only a few months old but the older already has her own bike.

To practice his sport, he goes to the Ursulines square where he meets other riders. Although they aren’t in a club, they all know each other. “When I started, there were fewer than ten of us. Today there are fifty of us,” he says.

Loufti, 45, has been riding BMX since he was a teenager. Today, he takes his son, Rayane, 12, to the Ursulines. “Rayane got on his first BMX at four years old. He trained with Jimmy Van Belle, a former BMX World Champion,” he says proudly.

Rayane is one of the youngest but when Carlito, 19, goes to the skate-park, he doesn’t hesitate to call him. “There is no calculation of age,” says Ludo. Nor of level, “if a new person arrives, we coach them. Everyone knows tricks and passes them on. One day, I even swapped bike lessons for tattoos,” Ludo recalls.

Carlito, started with BMX after seeing the others. “I say a guy roll and I told myself I would do the same. I have learned as I went along,” he says. That was the same experience for Logan, 18. He has been riding BMX for three years but came to Belgium a year ago, from France, to study, “when you arrive at a skate-park and practice the same sport, you make friends. The old guys taught me. We respect them, you wait your turn for the bowl. It is a family, even if as with all families, there can also be problems.”

The whole “family” agrees on one thing: Brussels lacks infrastructure for BMX. “My son calls the Ursulines skate-park a “mini skate-park. If riders want to ride elsewhere, it is because they are fed up of going around in circles here. It’s always the same thing. There used to be a skate-park in Laeken but it closed down. In Anderlecht, the Planet Park is not good for BMX,” explains Loufti.

“Brussels is a capital city and doesn’t even have a good skate-park,” Logan continues. It is too small and the bends are too close together. In Luxembourg, close to where I am from, there is a small town with a better skate-park.”

“And yet, tourists often come to take photos of us. We are advertising for Brussels and we get no thanks,” Ludo concludes. So, to have more space and to meet other riders, they go to competitions in Liège, in Flanders or even in Spain. If they could, they would spend their whole lives riding. 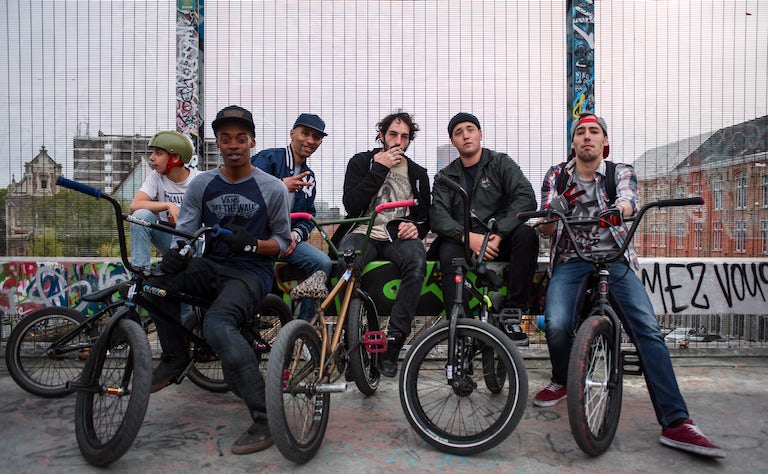 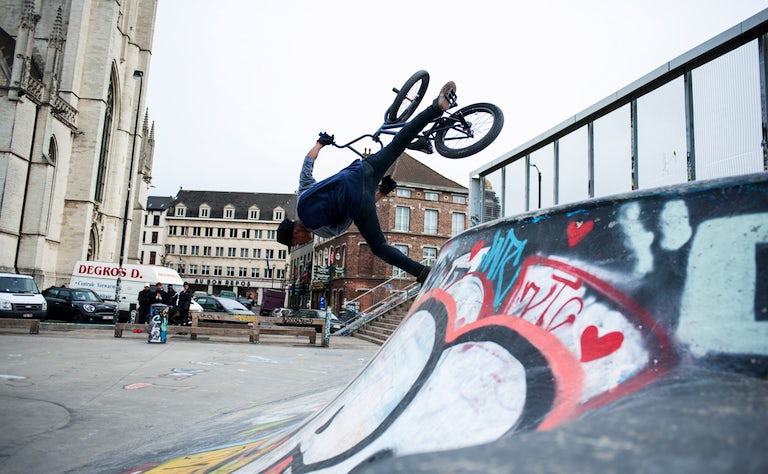 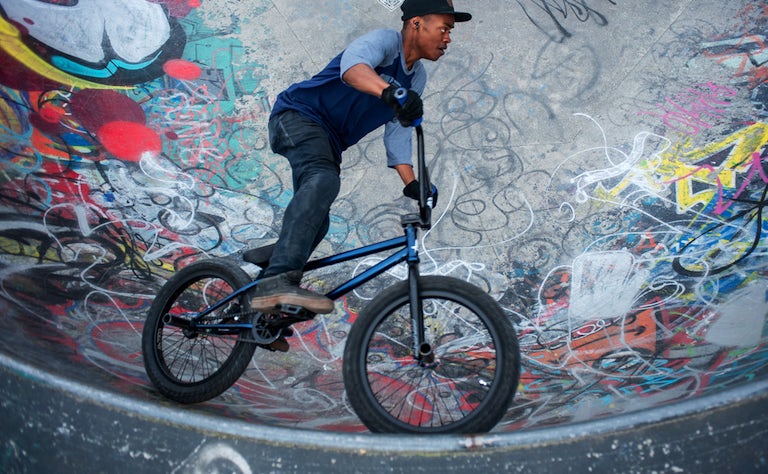 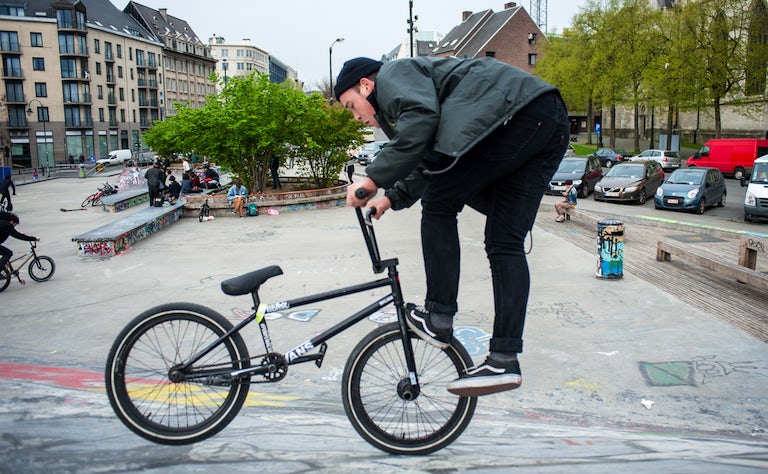 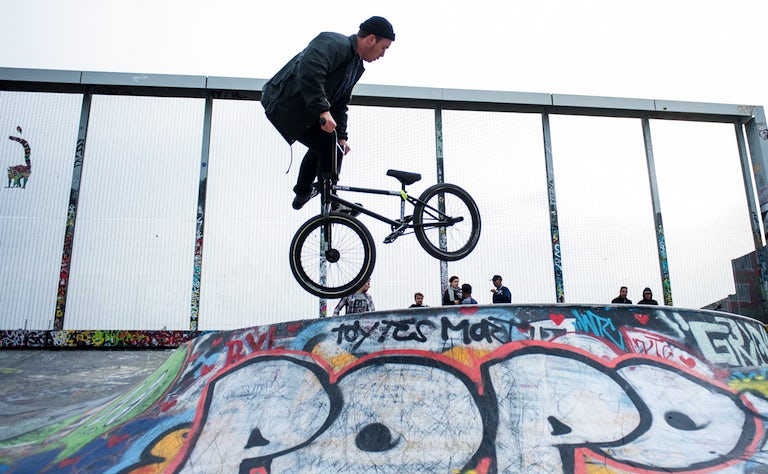 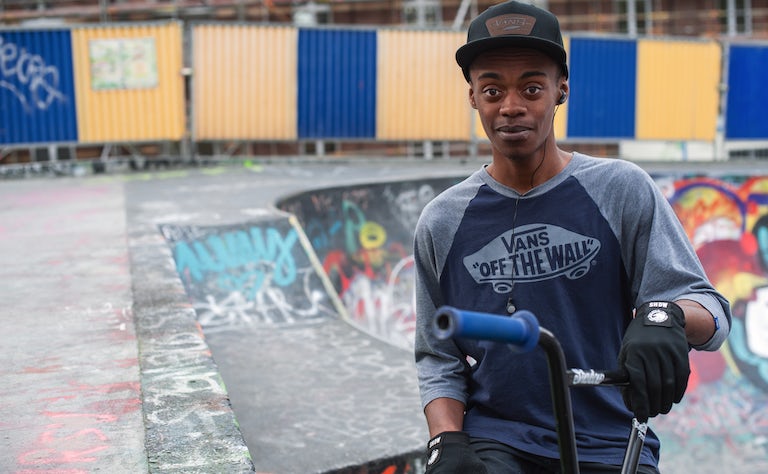 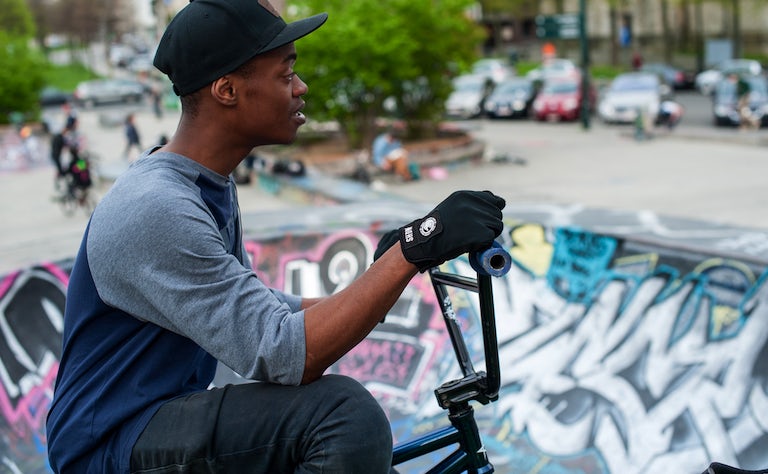 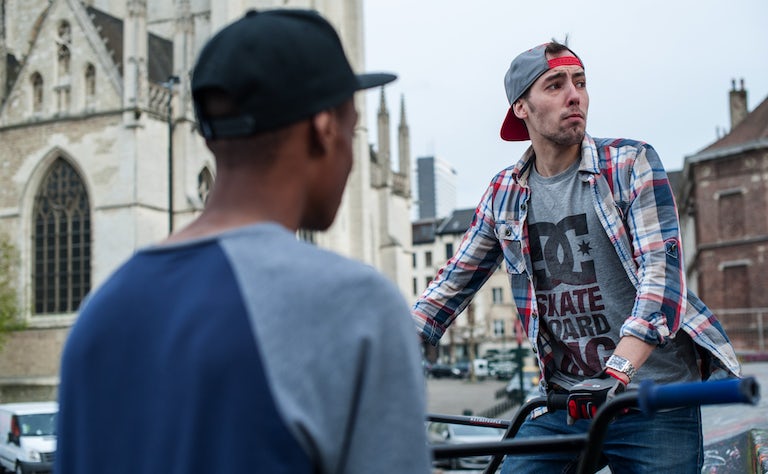 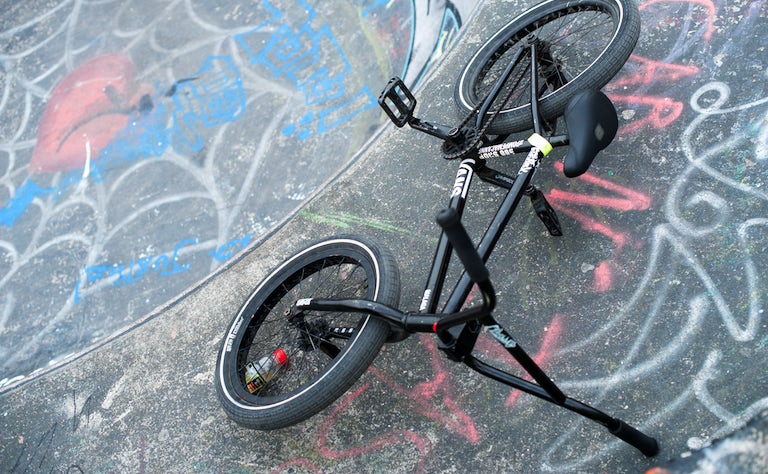