Geoffrey and Amandine abandoned their car for the bike

Two years ago, Geoffrey, 30 and Amandine, 29 abandoned their car for a Cambio subscription and more importantly a bike.

Geoffrey already cycled on a daily basis since 2009. Amandine followed him to pedal-power a year later. Both are employed and have two children (aged one and three). They mainly used the car to visit Amandine’s family near Arlon.

“Getting rid of the car was an environmental and economic choice. We had to pay the insurance, maintenance, technical inspection … And then, there was no reason to occupy the public space with a car that was only used once a month to go and visit my family. We can just as easily go by train,” explains amandine. “This decision was part of our life choices,” Geoffrey adds.

To dispense with the car requires some organisational rethinking. “At first, you adjust. Then, you rationalise the shopping: you avoid making too many trips,” Amandine mentions. For vegetables, the couple registered in a GASAP. For non-fresh products, Geoffrey and Amandine order them online and go and collect them once a month. By bike, of course! “We go with the trailer and the children. People always think we won’t be able to take everything back but we have never had to leave anything at the car park,” Amandine emphasises.

“People have lost track of the cost of transport. They take their car without thinking. By bike, the trips have a physical cost. So you will not go shopping twenty times. But by bike, you don’t feel like you are wasting time either,” Geoffrey says.

Children have been transported in the trailer since they were babies. “The eldest was two months old when we got the trailer. The younger went in it from one and a half month,” Geoffrey says. They are warm in the trailer, sheltered from the rain and they feel as though in a type of den. They sleep, play or chat. “When the youngest cries, the eldest sings him a song,” Amandine says smiling.

The children see the bike as a normal means of transport. The eldest already has his own bike to go to school. “So when we take the underground or rent a car, the eldest sees it as an activity in itself. That is an attraction,” Amandine says. “We are not anti-car. But where we live, I do not see the value of having one. It’s a luxury we can afford in the city,” she concludes. 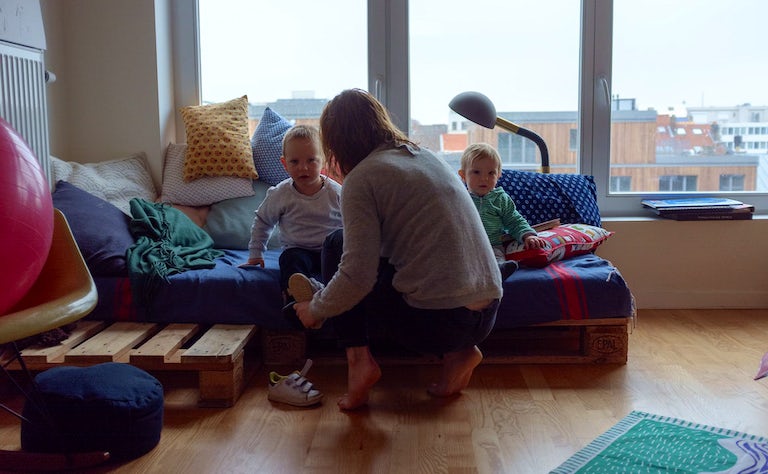 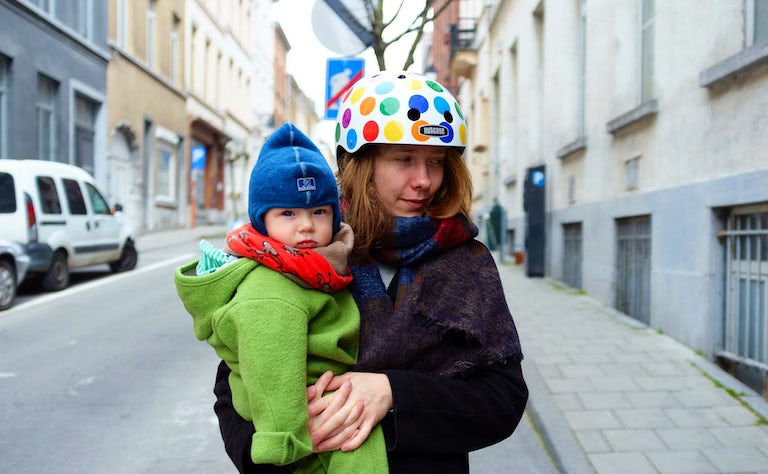 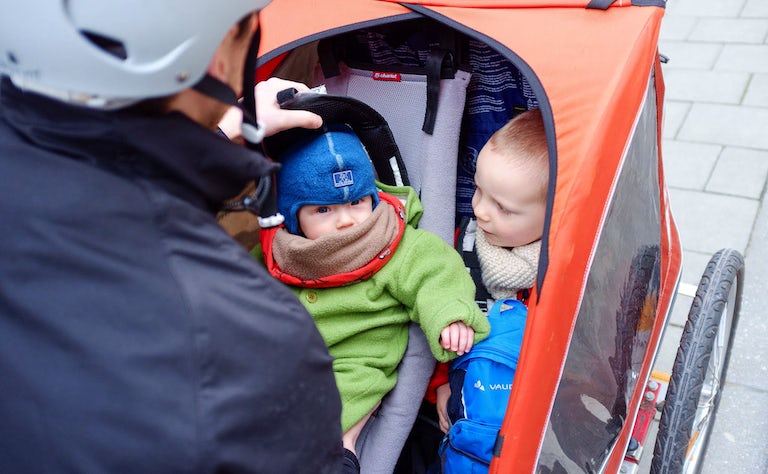 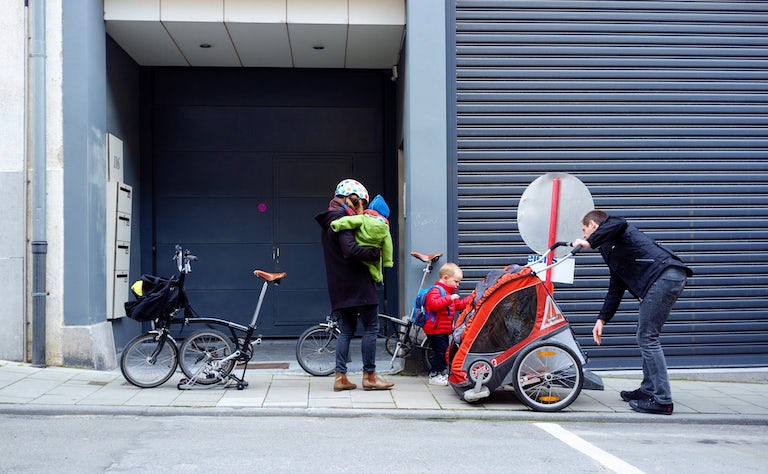 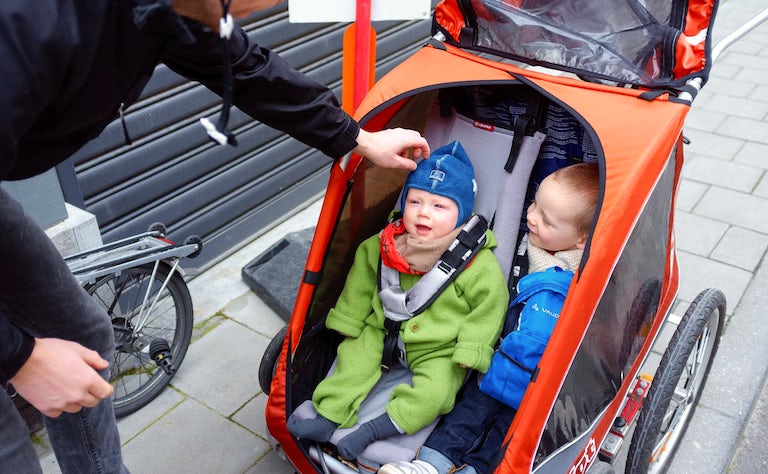 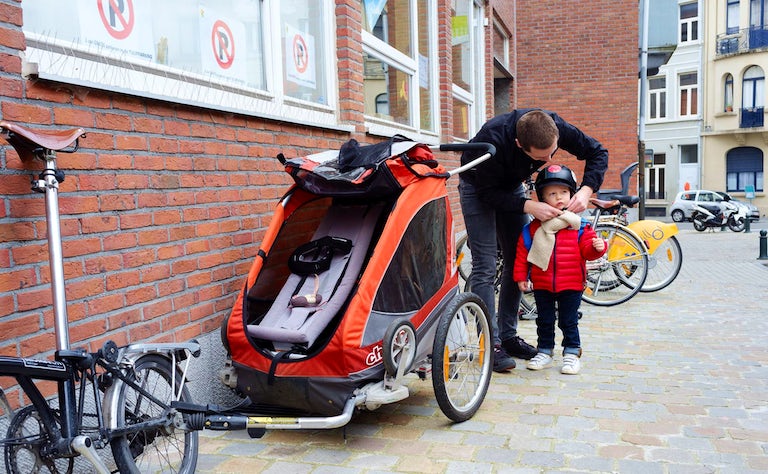 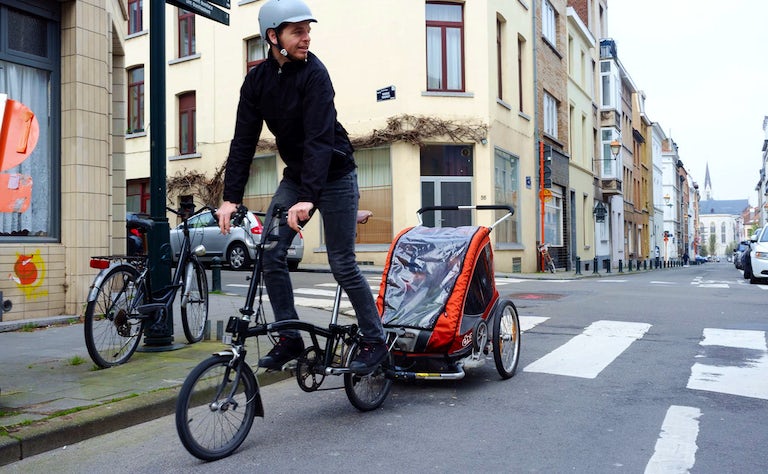 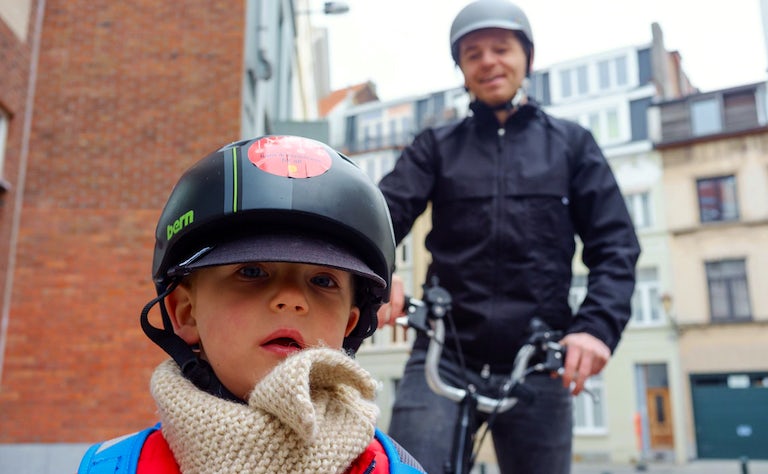 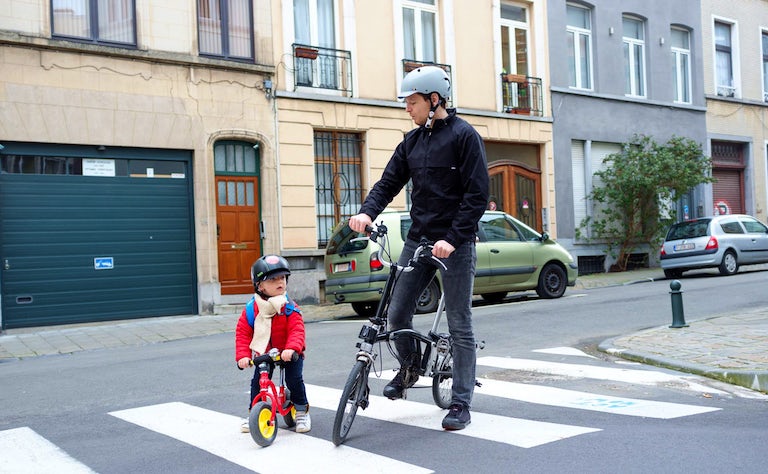 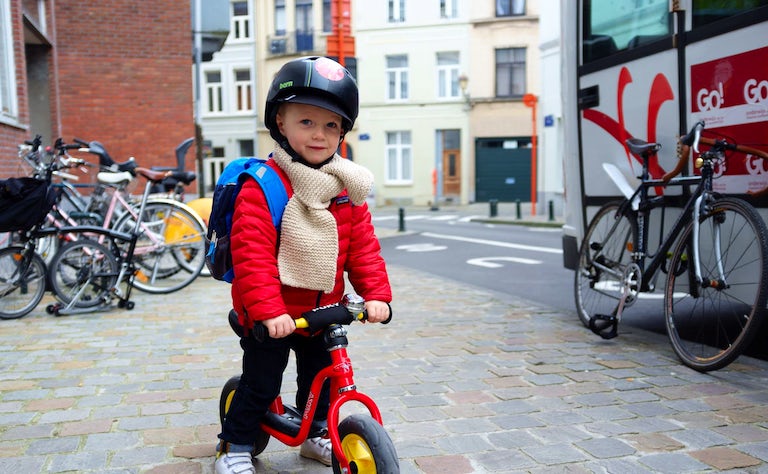 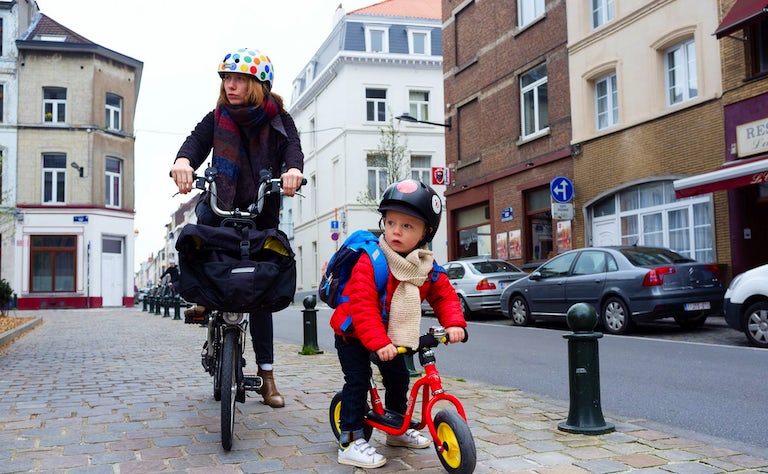 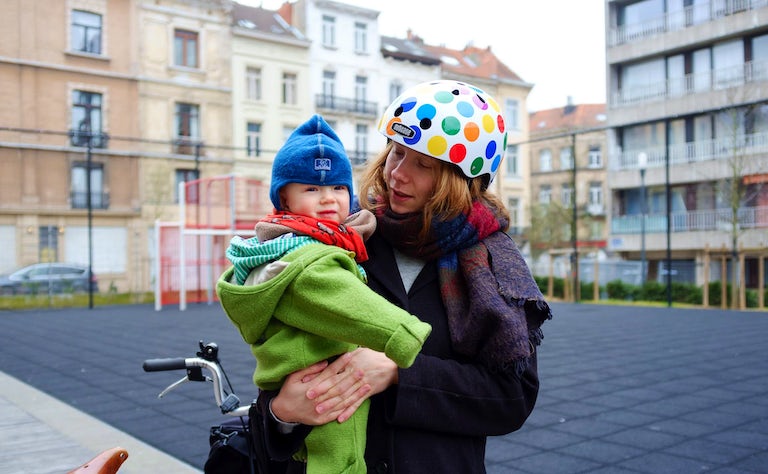 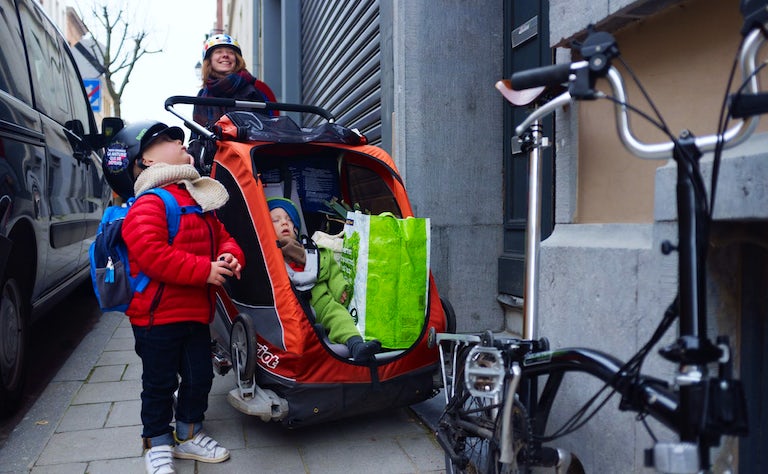