Bicycle policemen for speed and proximity

You must have seen them on the pedestrian streets in Brussels. With their blue and orange uniforms, their helmets, also orange, the policemen of the bicycle brigade watch over the centre of the capital. They check that bicycle paths and bus lanes are not blocked by trucks or cars in a double traffic jam. They also supervise events like the Brussels marathon or the roller parade.

“The situation of the bicycle paths in the city of Brussels has improved greatly,” says David Stevens, Chief Inspector and a member of the bicycle brigade since its start in 2005. Deliverymen know the fine is 110 euro. Thanks to the police presence on site, they also know they can be caught.”

But David Stevens goal is not to give the most fines. “We want to increase the quality of life in Brussels,” he says. And as a policeman, he feels he has to set an example. “We show that cycling in Brussels works and that it is faster. The advantages far outweigh the disadvantages,” he continues.

He says there is a desire to increase the number of bicycle policemen. For David Stevens, the bicycle brigade is truly profitable. Buying a bike is costs less than a car. And also, “by being faster and closer to people, the bicycle brigade also ensures more interventions. “The bike is always the first on the scene. The only drawback is that once we have caught the offender, we have to call a van (because an arrested person must be removed from the public highway, editor’s note). But apart from that, I can only see advantages,” says the Chief Inspector.

“We know how to talk to people and by cycling ourselves, we see the problems cyclists and pedestrians face,” says the Chief Inspector.

On average, policemen in the bicycle brigade cover 30 to 40 kilometres a day. All the police officers received special training before starting. “You have to pass the pedestrian exams, then a bike route and have to answer questions on practical situations,” explains Sabine De Strooper, also an inspector who has been a member of the bicycle brigade for two years.

“I think I was born with a bike,” Sabine De Strooper says smiling. I used to live in Jette and cycled to the Place Royale every day. That was 13 kilometres.” Today the inspector lives in Malmedy. So she no longer makes her home to work commute by bike but being part of the bicycle brigade is “a real pleasure.”

David Stevens, was not originally a cyclist. “I used to take my car if I had to go 200 metres,” he admits. Today, he and his wife only have one car and he is a convinced cyclist. He would like more police districts using the bike “there is no bicycle brigade in the federal police either,” he says. However, it is not a new thing. In the past the countryside forces also used the bike.” 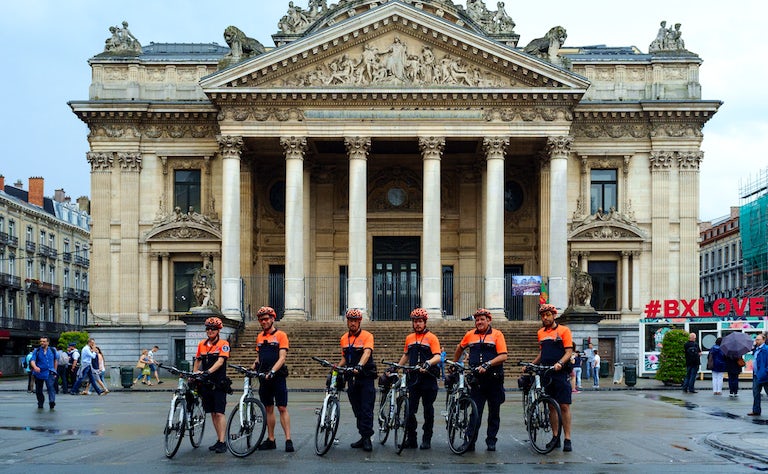 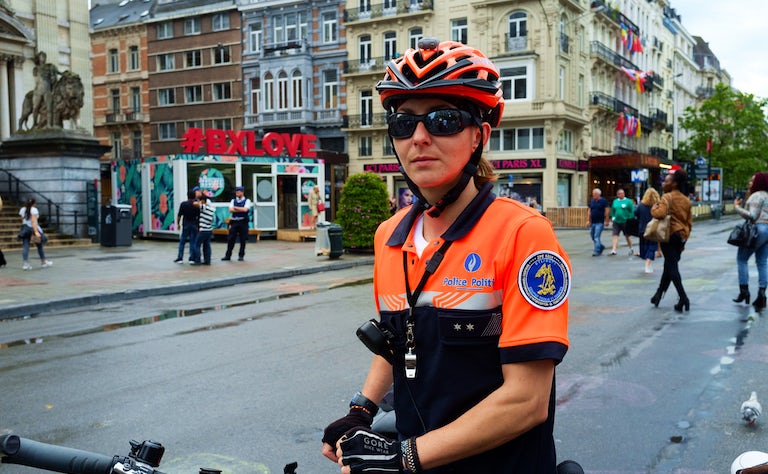 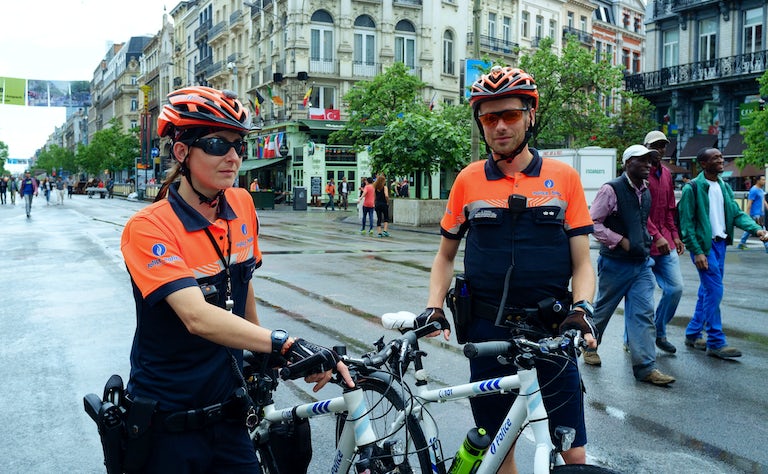 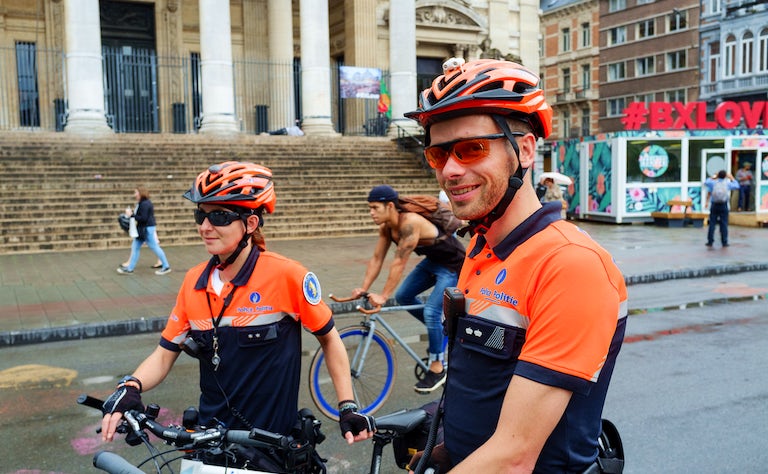 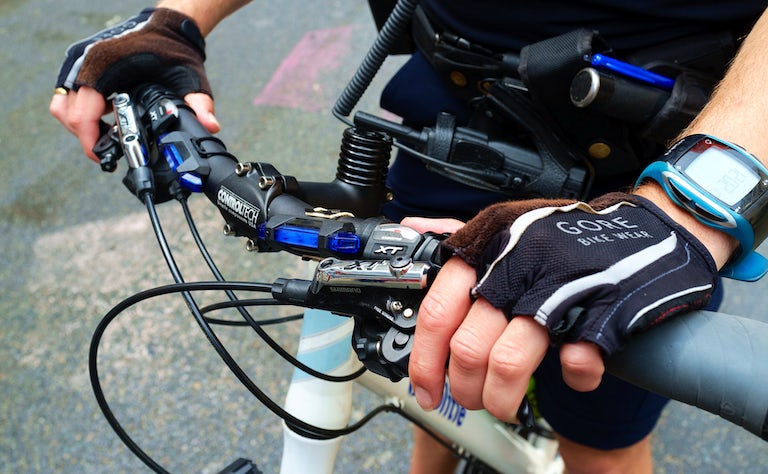 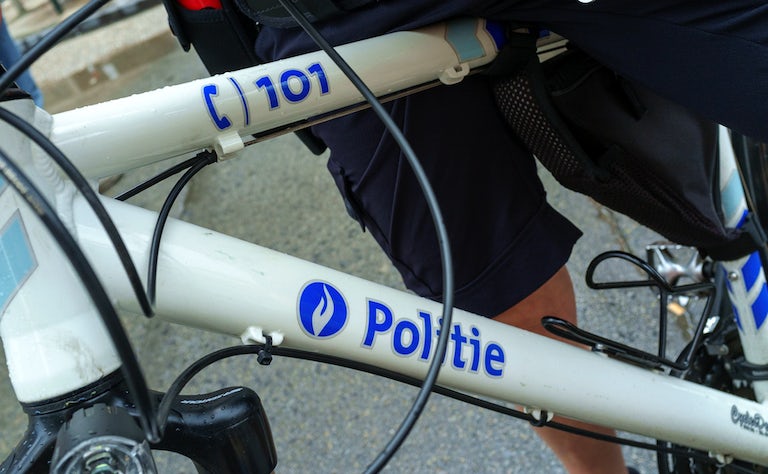 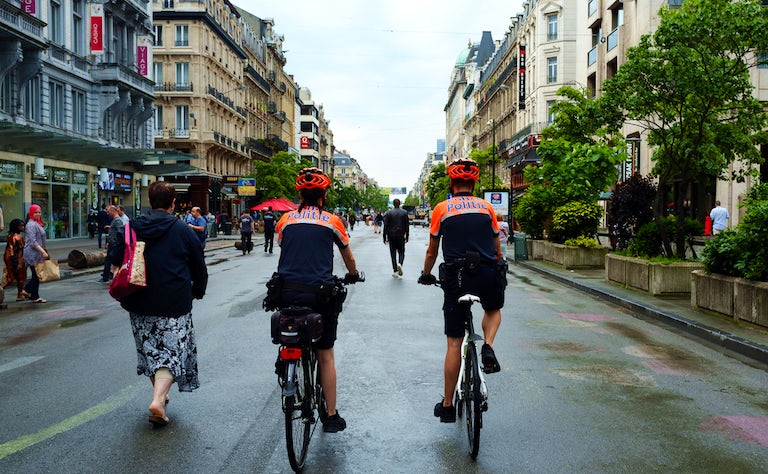 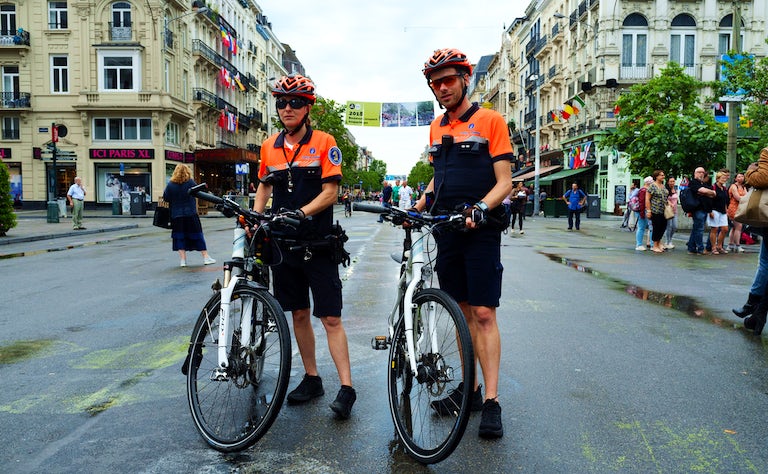 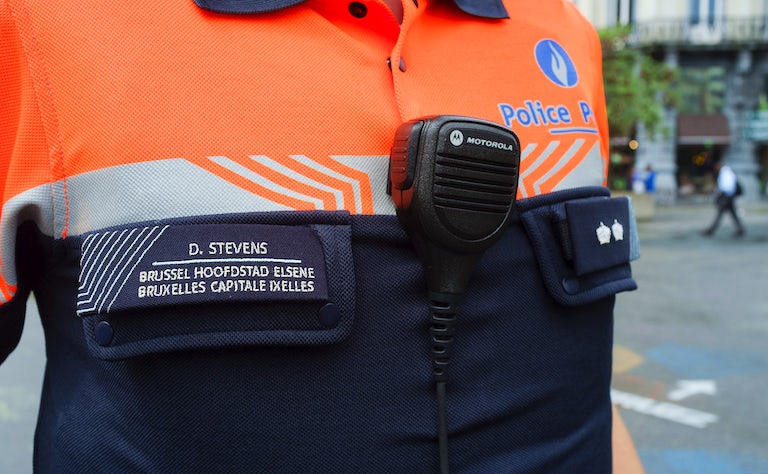 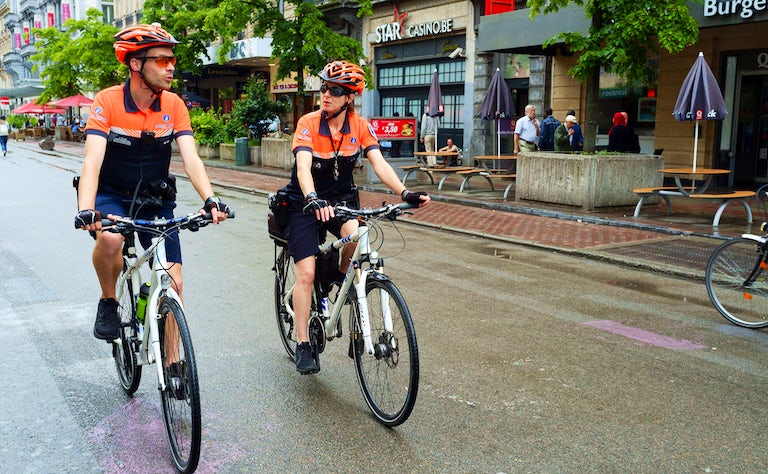