The Multifunctional Box that Fits on Any Cargo Bike

We already knew how polyvalent a cargo bike can be : from child transport to groceries or large packages. A few creative Brussels residents however decided to further multiply the bike’s functions and uses. They have imagined an ingenious system of multifunctional boxes that can be placed on a cargo bike, turning it into a temporary bar, projector, desk, … in short anything you can think of and especially anywhere you want to be, since you just need to keep pedalling to move the installation.

Yannick explains the completely pragmatic genesis of the idea : ‘I’m an activist. And I wanted to reach an event and deploy my equipment without needing an electric plug, and then be able to pack up and leave just as fast.’ For example this was the case during the ‘Pic Nic the Streets’ days when people in Brussels held sit-ins to call for quality public spaces.

The boxes are in wood and made from an easily reproduced model: all the blueprints are open-source, freely available on the internet. The parts are modular for the utmost adaptability. Once the base is there, it can be built on at will. So bike tinkerers have come up with a whole range of models: one turns your bike into a moving café with an extendable bar, another is equipped with a projector, but your bike can also become a desk with internet access, a disco-mobile with a mixing table and baffles, a creative tool with a 3D printer or even a generator with amplifiers to produce a lot of energy with just a few bikes.

So if you need electricity, place your bike on a roller connected to a small washing machine motor installed in one of the box models and pedal away! You will produce electricity that is 100% local and green. If a lot of energy is needed, several bikes can be attached. This is a way to set up an open-air cinema in a park with just a few bikes.

The idea, born in an activist environment, has now seen multiple new applications. The group works with neighbourhood centres, schools, municipalities, recreational events, fab labs and so on. Each case of collaboration prioritises the vision of public space for all and the aim to appropriate the city: ‘We want to create temporary activities in public areas using just one square meter of space, hence the name of the project: Vélo m2,’ Florent explains.

For the boxes, Vélo m2 base their design on a Danish cargo bike, the mark xyz, which is also built in a logic of modularity and open source. The idea however is to be able to apply the principle to any bike merely through slight adaptations to the box’s dimensions.

All this may sound a bit complicated to people who are not that handy with tools. Yet it is actually quite simple to do, Milena assure us, her hands full of electric cables. Furthermore, one philosophy underlying the project is to make the invention accessible to everyone. If you have an idea but do not know where to begin, the team with will happy to help you. Many Brussels fab labs are also helpful in getting started. So back to your drawing boards! 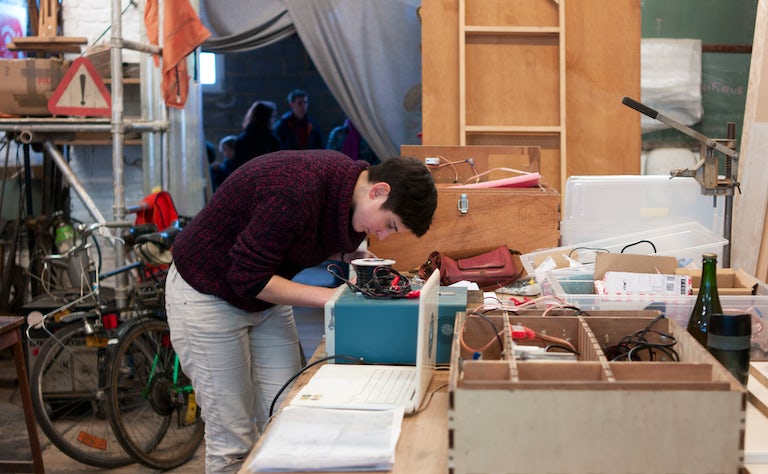 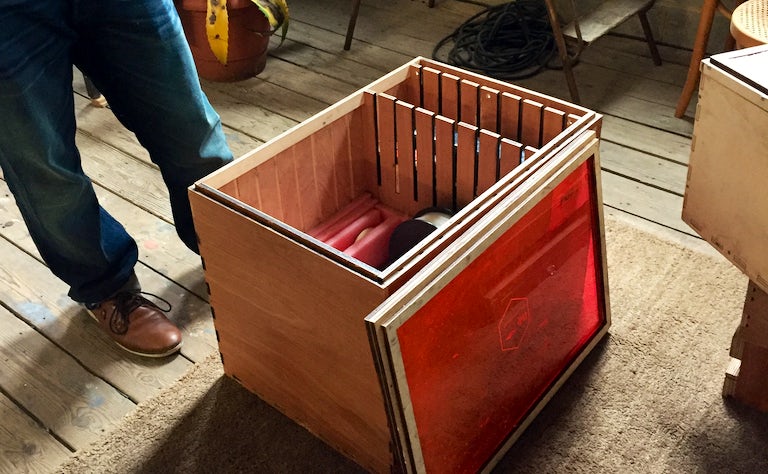 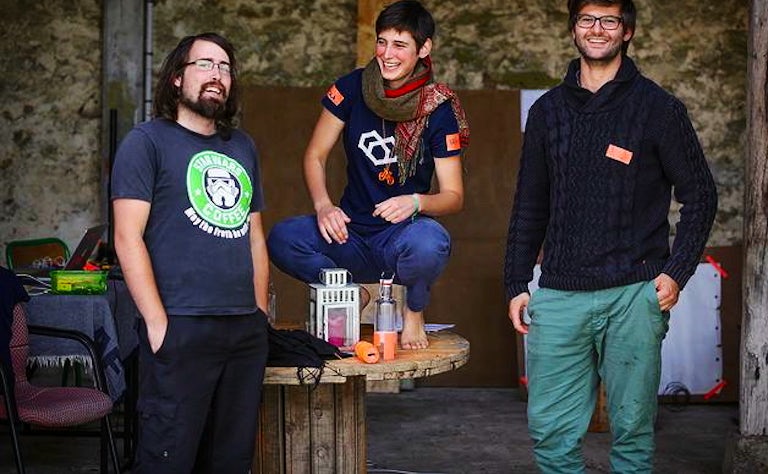