A family ride on their bike for three

Sarah and Tom bought a Bike43, a “bike-for-three”, in order to better manage their Brussels outings with their two daughters. When their electric bike got stolen, the insurance company quickly intervened to get it replaced.

It’s a bicycle scarcely seen in the streets of Brussels. The Bike 43, pronounced “Bike-For-Three” in English, has the advantage of having two seats at the back and a space for luggage up front. Sarah and Tom chose it because this two-wheel electric bicycle was easier to handle than a cargo bike. It’s their mean of transport to bring Flore, aged 3 and Ellie, aged 5, to school. Mum says “Flore often falls asleep on the seat on the return journey. We are trying to find something, a way to maintain her head still”.

The family extended recently with the birth of Otte, their 3 months old son. His birth’s announcement card showed Flore and Ellie actually driving the Bike43, hauling their parents in a trailer. “It’s like the bicycle belongs to the whole family”, joked Sarah.

They opted for this model during Sarah’s pregnancy. With her two daughters, the young woman is making the journey from Brussels-Chapel to Thurn And Taxis. “It was thus easier to choose this type of electric bicycle”, explains Tom. “It’s more natural than a cargo bike, the weight is at the bottom instead of being at the front. It’s also less large and easier to ride without kids”. Tom is a teacher everywhere in Flanders and rides a foldable bicycle which he can easily take in the train.

The bicycle is substituted after a theft

Their first Bike43 got stolen after four weeks despite being doubly tied near Central Station. Fortunately, their theft insurance taken at the store during the purchase allowed them to buy a new one and they were helped out for a month with a “courtesy bike”. “This was a nice gesture because I couldn’t have lived without a bicycle”, exclaim Sarah. “This bike is my freedom. It became more complicated to walk because of my pregnancy. I only realized what this bicycle meant after the theft”.

Though they kept their car “which they use once or twice a month”, Tom and Sarah soon intend to keep only the two-wheels. They will be moving in a clustered habitat in Laeken. They will thus be further away from the city and will be able to organise themselves by carpooling with their neighbours for long-distance journeys. “Later, we would also like to be travelling with the Bike43. Our eldest, Flore, could take her own bicycle whilst the two younger ones would sit on the rear seats. I will be buying an electric bike”, concludes Tom.

An article from Flavie Gaultier 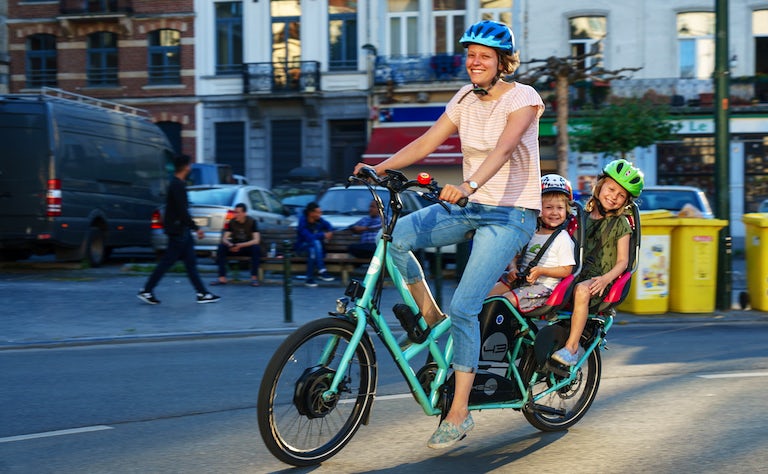 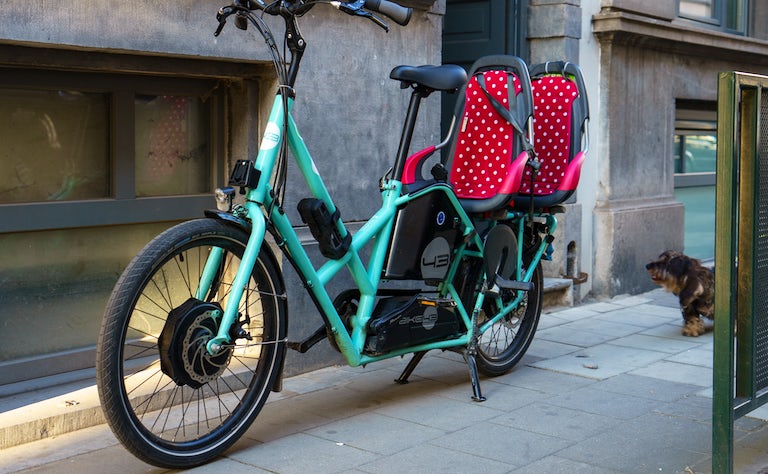 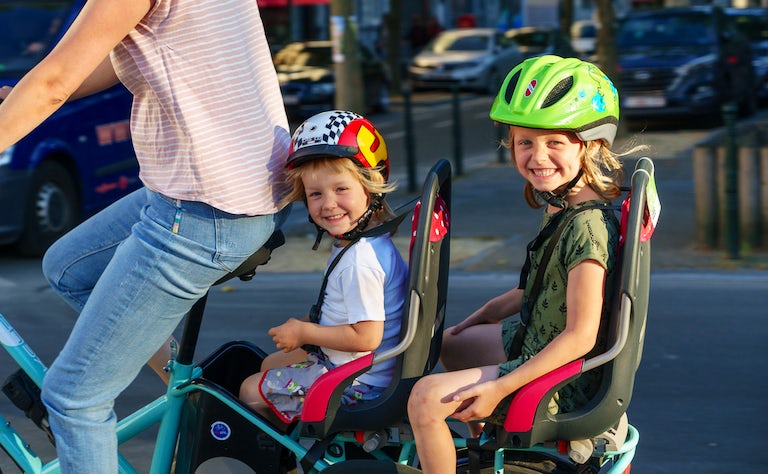 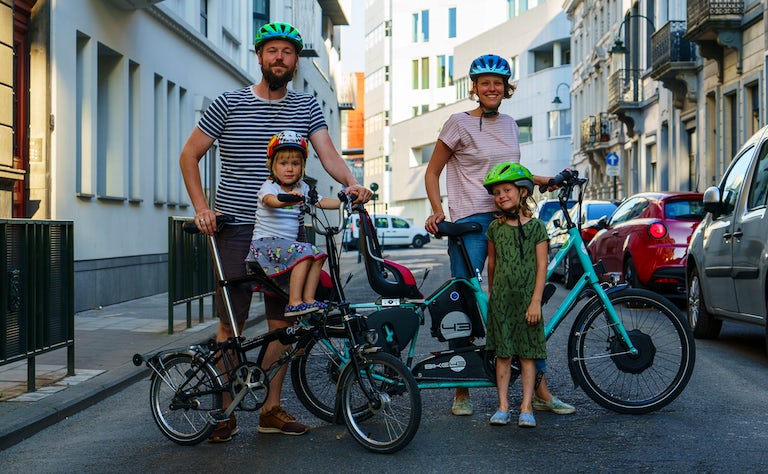 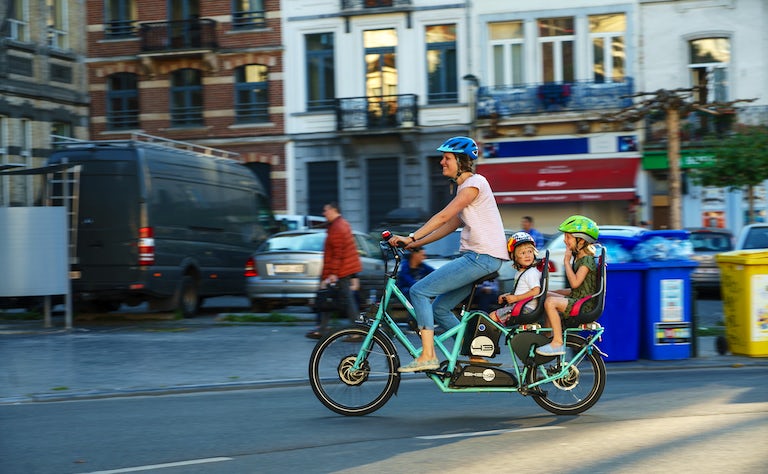 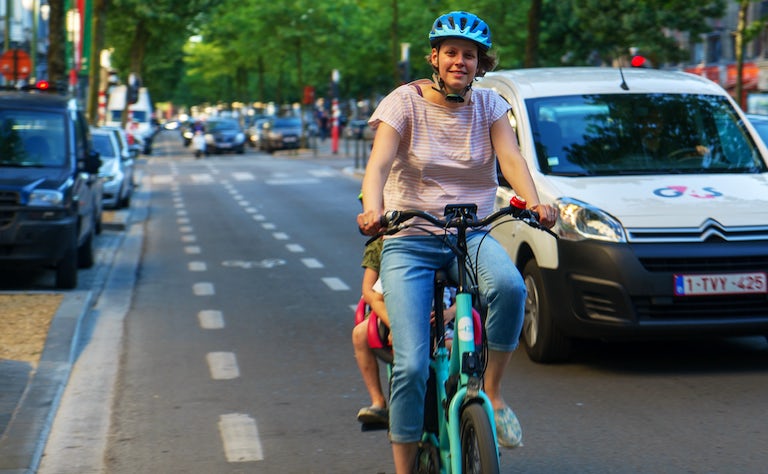 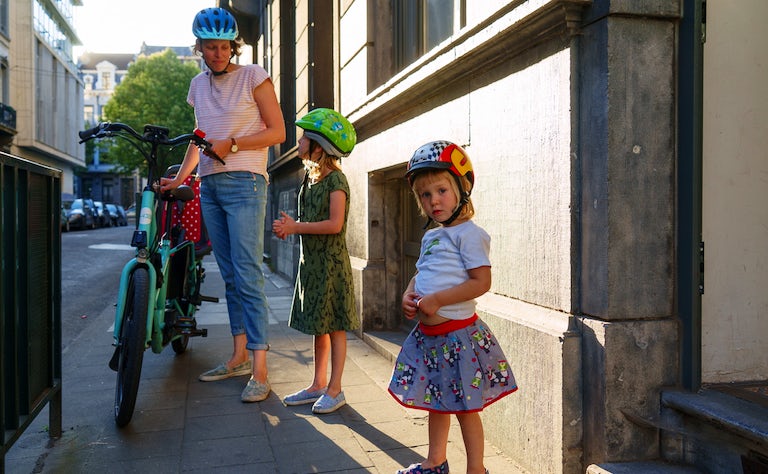 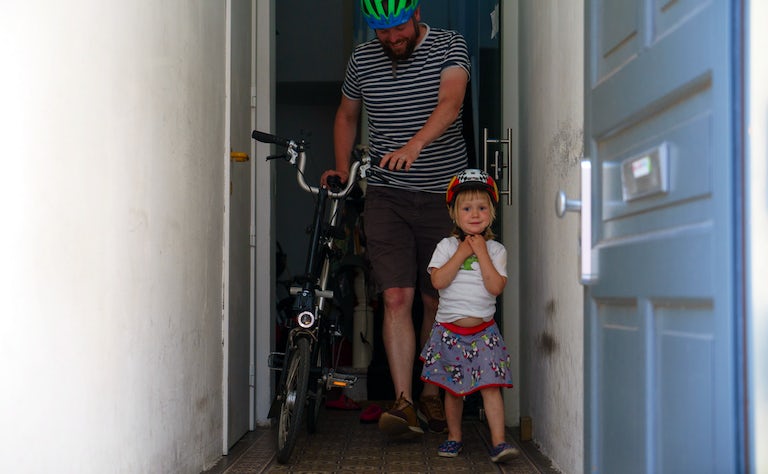 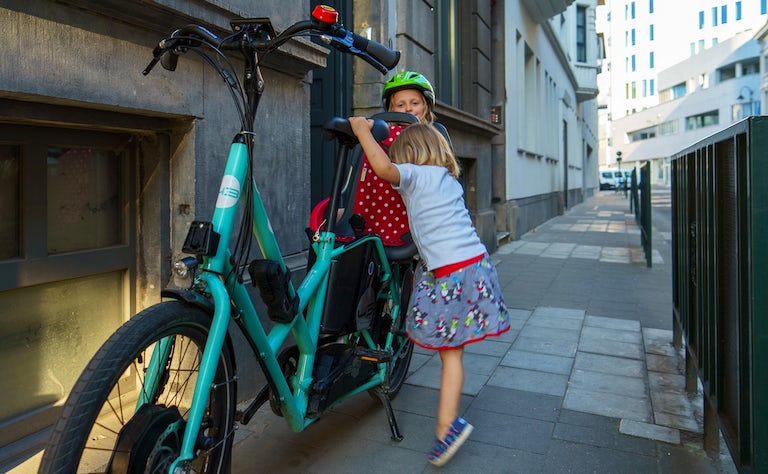 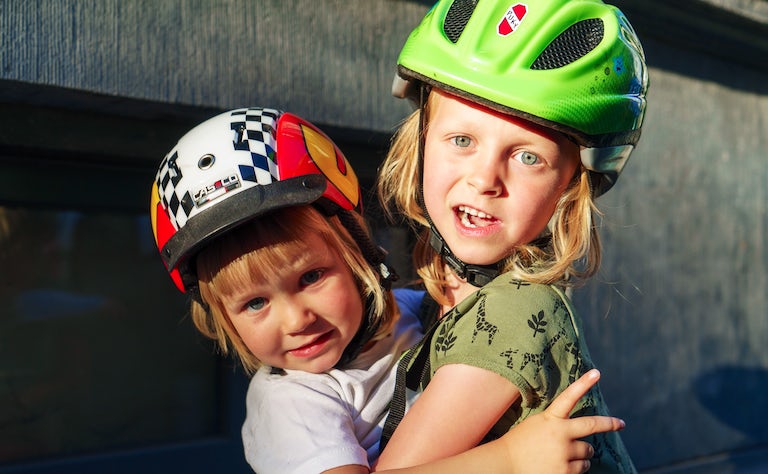 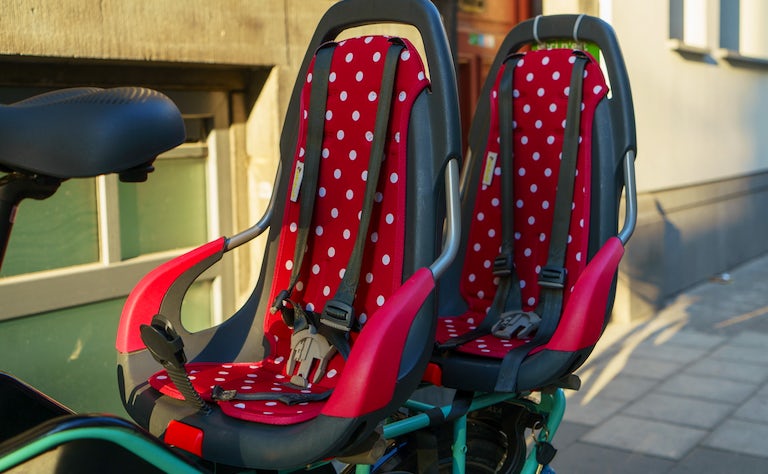 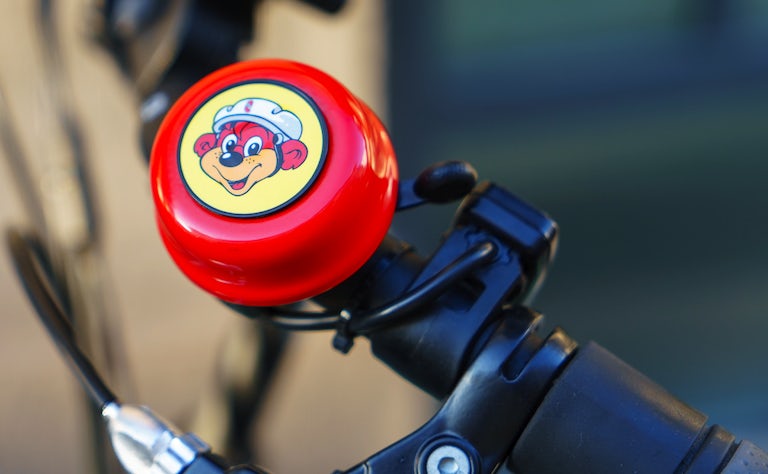 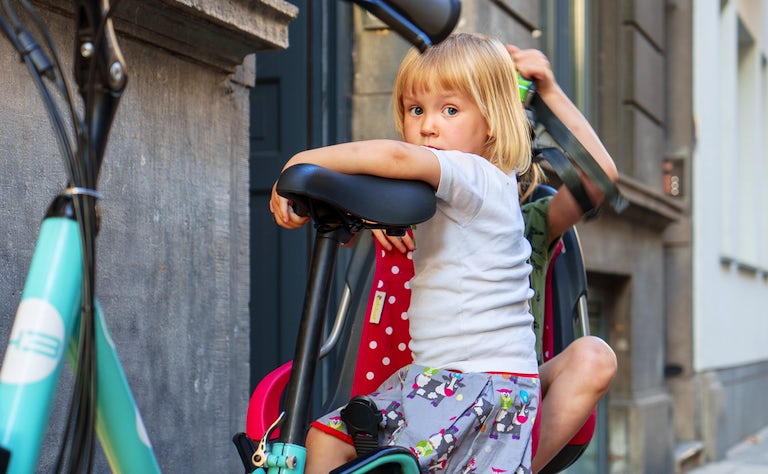 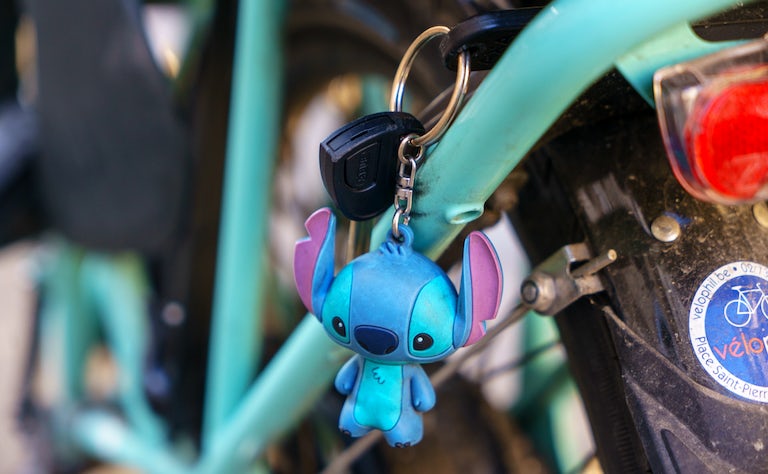 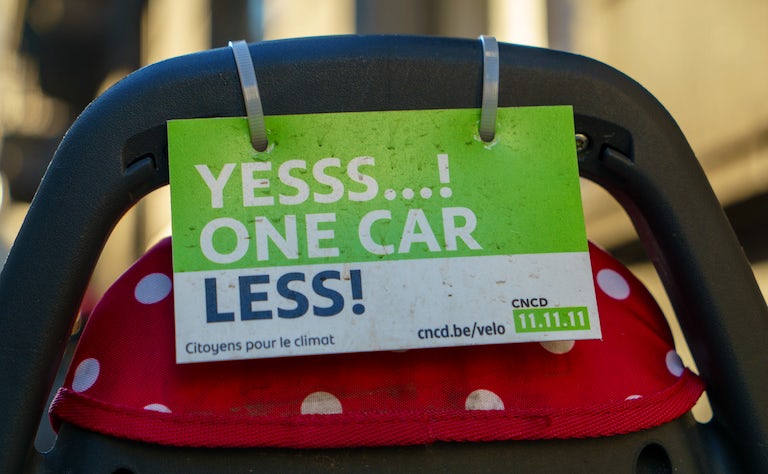 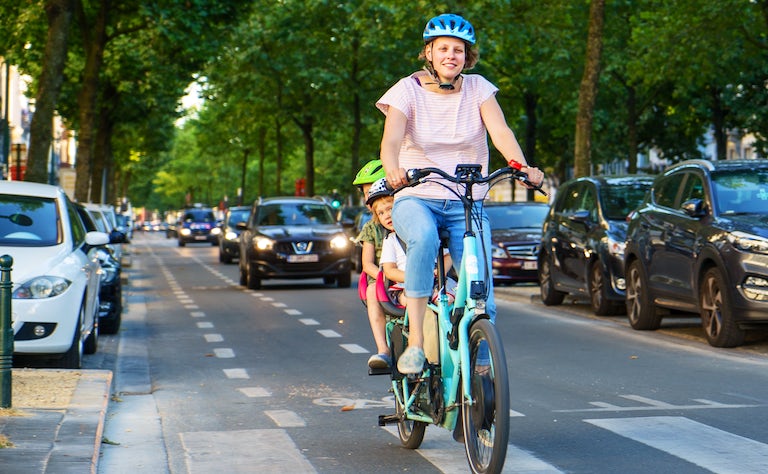 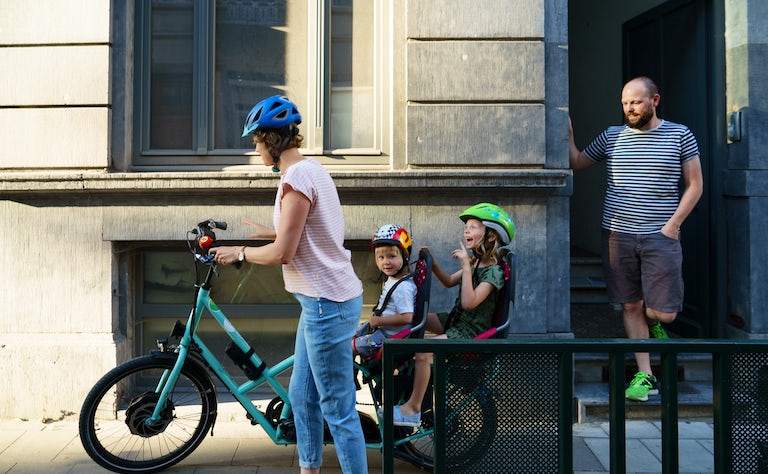 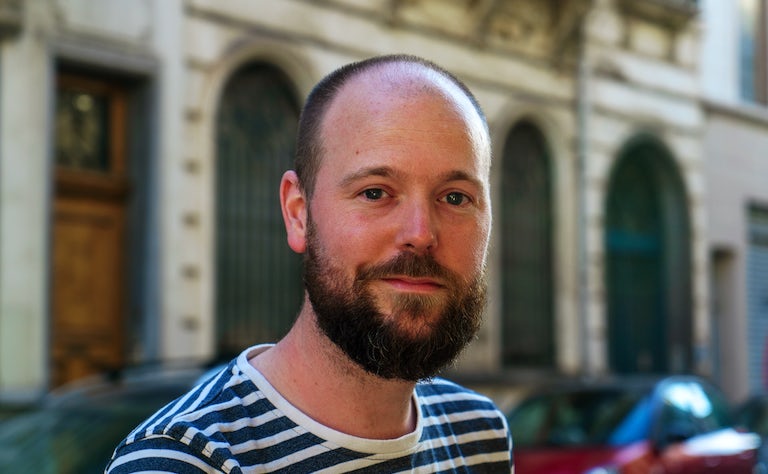 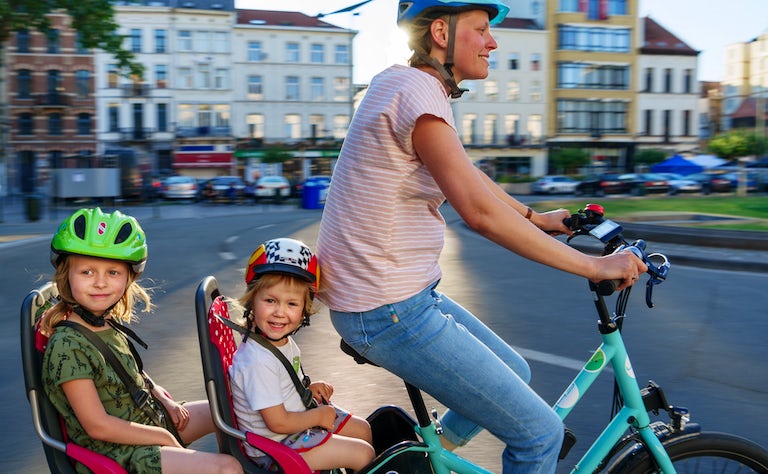