David and Niels have been plumber/heating specialists for over 10 years. They recently started their own business: Dali Technic. They have two vans for this purpose, essential for transporting heavy equipment such as boilers. Nothing new until now. However, a new vehicle recently came to enlarge their fleet: a cargo bike. The idea came to them from France, where many "plumber-cyclists" are active. Devoted cyclists in their spare time, the concept enthused them and they decided to take it on board. More than a desire, it is also a rational choice: "In the rush hour, we are faster than with the van, can easily park and at the same time play sports, it's nice." David and Niels carry on using pickup trucks for heavy work, but for many repairs such as maintenance and troubleshooting, they move with the cargo bike. David now uses it every day, although at first it was not easy: "With the bike, storage is limited, you have to think about what you need during the day, you have to be organized, which means is not the first quality of a plumber. It was a challenge, but today he manages to organize up to six trips a day by bike. David is persuaded by his new purchase, he even thinks it is a good solution for freelancers starting out. The price of a bike being markedly lower than a van’s, it allows for starting easily. 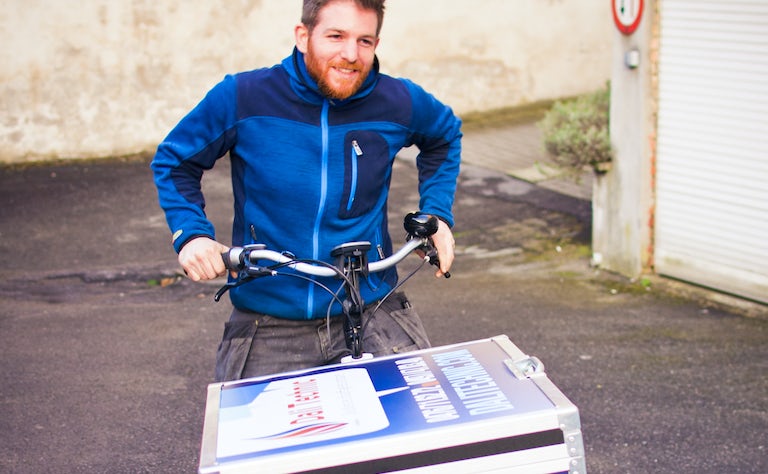 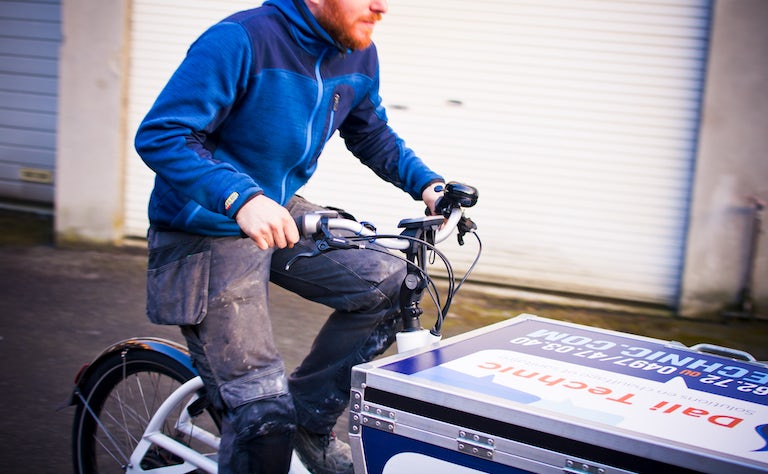 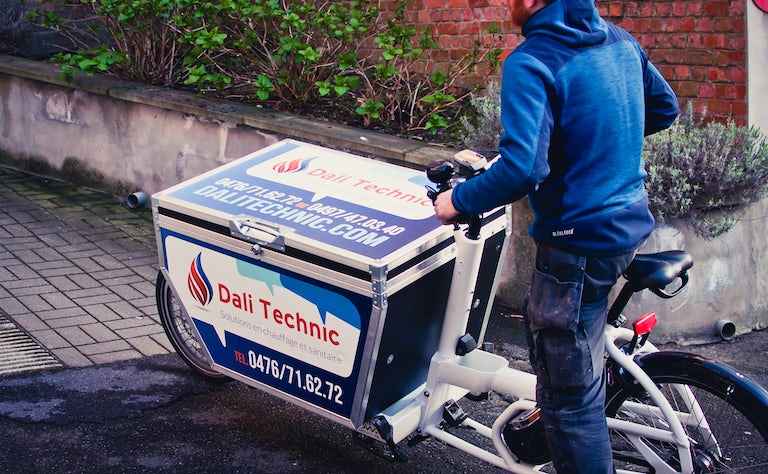