A Brussels company with energy

Frédéric and Philippe developed software in the banking sector. One day, they decided to change course. Middle age crisis? Need to give their life purpose? Feel like changing the world? There's a little bit of that, they say, laughing. While others buy a motorbike, or start a world tour, these two Brusselers decide to develop an electrically assisted folding bike. Their starting point: make a bike that solves the great disadvantage of a standard folding bike, that is to say its stability. The Ahooga has indeed no hinges in the frame. It also has larger wheels. This is also why once folded, it is a little larger than those of other major brands. On the other hand, even with a battery, it remains very light: a great advantage over the competition. Success, however, goes beyond the technical prowess, the design is particularly successful, the battery is discreet, the colors are trendy and the logo customizable.

The bike is also available without battery, but for the electric one, no need to be an octogenarian, the clientele we see in and out is rather young and trendy. A thirty-something tells us he is seeking an electric bike to get to work, because the distance is just a little bit too long for him. In terms of price, you must take more into account than for a standard bike, but as they say so well: "you have two bicycles for the price of one, it is comfortable for a long ride and foldable". These two men certainly lack no enthusiasm and energy. They have not only managed to create a Brussels brand that is entirely competitive with the biggest brands of folding bicycles, it took them less than two years to bring the project from blueprint to life.

Today, 150 bikes are sold, of which 90 ride in Brussels. The key to their success lies in the quality of their bike, but also in the authenticity of their approach. Guided by a deep passion for the city, Frédéric explains that he lived partly in Scandinavia in his youth: "The cities over there are wonderful, everyone rides a bike, we breathe, we swim in the rivers, it's pleasant to experience. Here in Brussels, it's very different. "Cycling is for him a natural means of transport: "when I am told that I am brave to ride a bike, I say that I find it rather brave to be stuck for hours in traffic jams." "This is also a little why I'm doing this project, I want to contribute towards improving the city. " 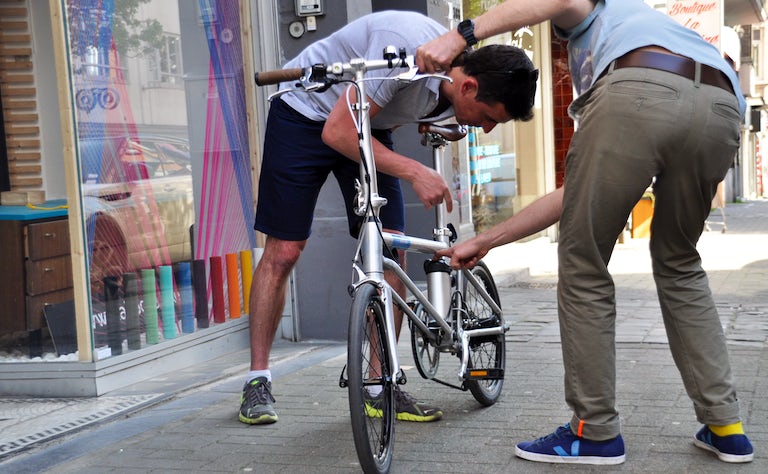 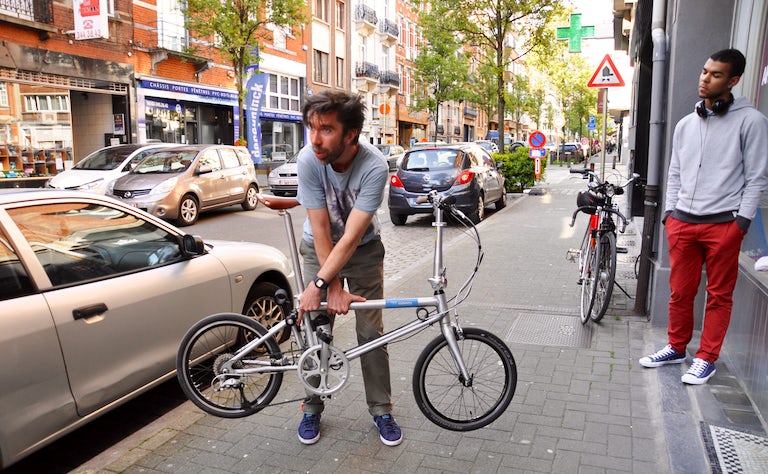 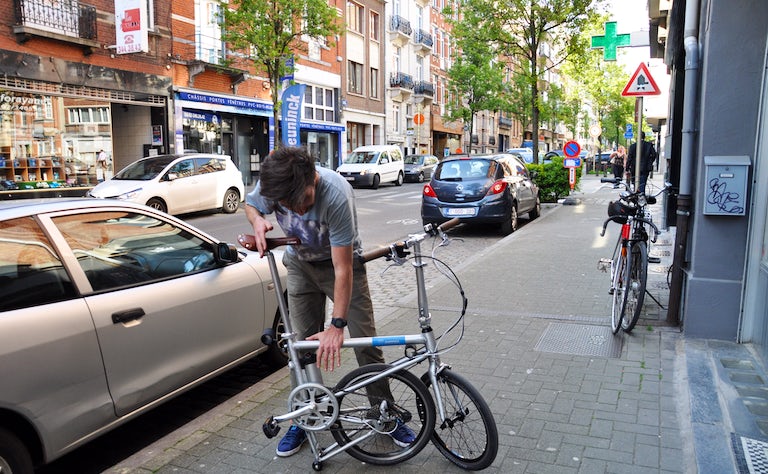 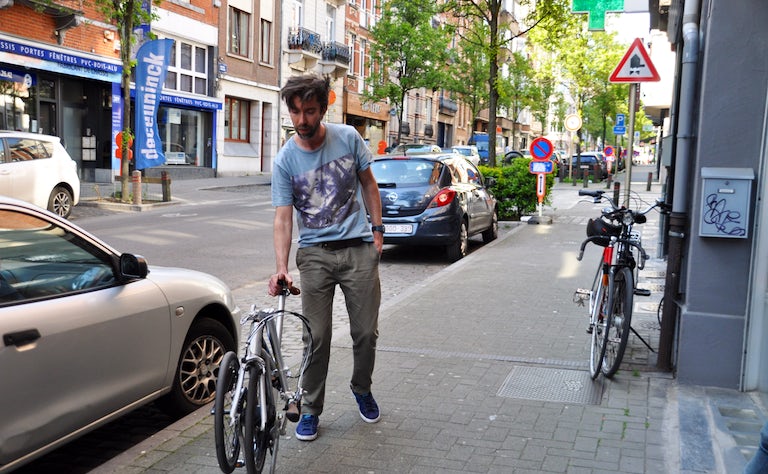 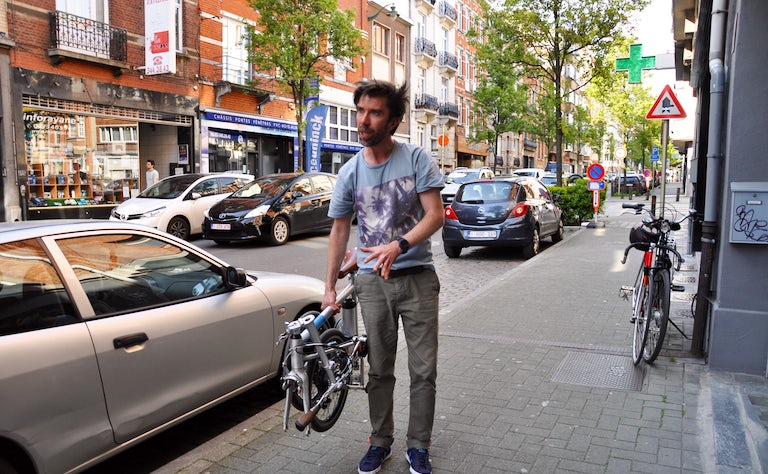 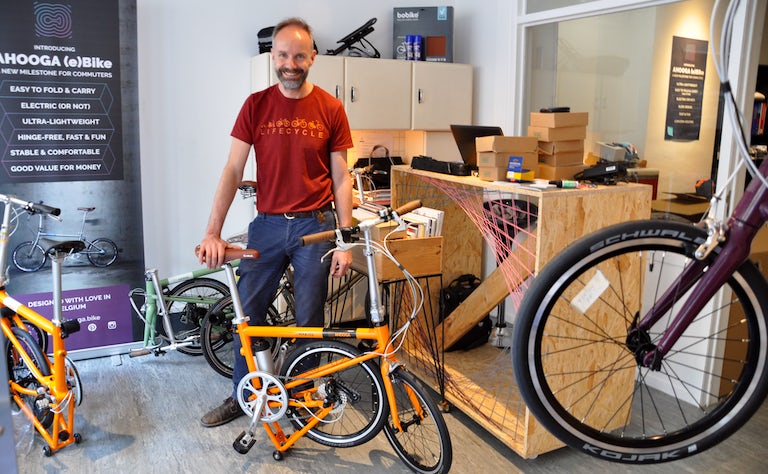 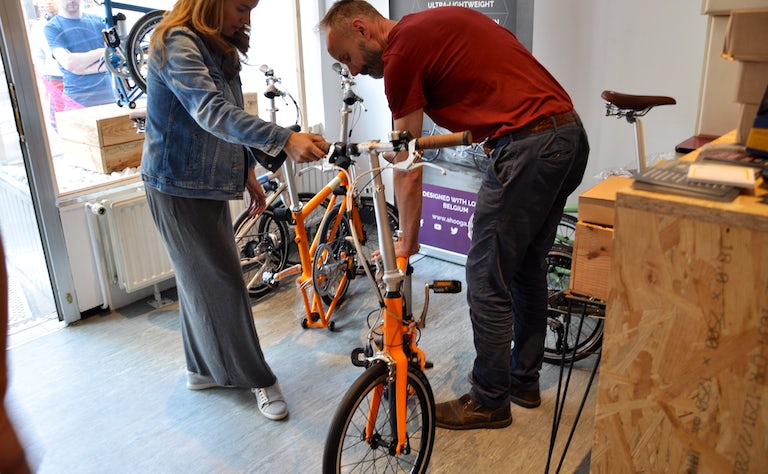