Bas has started riding a bicycle thanks to his doctorate

Born in Brussels, Bas de Geus has always lived in the capital. A true Brusseleir! However, cycling hasn’t always been a part of his life. He confesses that “when he was a kid, he didn’t even ride a bike”.

And yet, after doing studies in physical education and physiotherapy, he chose to write his doctorate on… the benefits of cycling. He therefore, presumably to combine theory with practice or to not be in contradiction with his research, started to also use his bike to get around.

As of today, Bas is an assistant professor at the ‘Vrije Universiteit Brussel’ and a researcher within the ‘Human physiology research group (MFYS)’. The bicycle is still at the heart of his work.

"For your health, it’s better to cycle rather than to drive in Brussels"

But let’s get back to his doctoral dissertation to the benefits of the two-wheeler : it consisted of a study on volunteers, men and women aged from 18 to 65 years old (in reality, the majority of them were between 35 and 54 years old). “The main criteria was that they be sedentary and physically inactive”, says Bas de Geus. These “guinea pigs” were given a bicycle they needed to use at least three times a week to get to work.

When the experiment began, physical tests were carried out on each of the candidates so as to measure their VO2max (the maximum volume of oxygen consumed). Blood and psychological tests (to check how they were feeling morally and physically) were also conducted.

After six months and then a year, each volunteer had to undergo the same tests so as to evaluate the possible changes. “We noticed that their physical health had improved and they found it easier to ride their bicycle at the end rather than at the start. Moreover, the ‘good’ cholesterol had increased whereas the ‘bad’ cholesterol had decreased. As a result, their risk of cardiovascular disease lessened as well”, said Bas.

That’s not all. Psychologically-speaking, when compared with a control group - whose members didn’t ride their bicycles - the new cyclists felt more alive. “Indeed, they had more motivation in the morning and felt better at work and tackled physical tasks more easily”, he adds.

Bas de Geus still contacted volunteers a year and a half later after the latest test (that is to say two and a half years after the first initial contact) to see if they were still using their bicycle. He was pleasantly surprised: “70 to 80% of the candidates had given up their cars to go to work! This shows that with a little help, people realize that riding their bicycle is possible”.

Throughout the study, the researchers had also noticed that the number of kilometres driven increased. Indeed, “the volunteers started using their bicycles to go grocery shopping, for their daily activities, etc”.

Cycling has many benefits for our health. Employers should even promote cycling as various Dutch studies have shown that cyclists are less absent than others. “Our experiences prove that those who ride their bikes tend to be more attentive at work, in better spirits and live longer and healthier”, says Bas de Geus.

He adds that “cycling reduces the risk of developing type 2 diabetes (although it’s a disease that will skyrocket) and can also help with weight loss. Even at 50, it’s possible to turn things around”.

"We live in a polluted city"

However, all is not rosy in the land of the two-wheeler in Brussels. Besides, Bas de Geus isn’t here to conceal the negative aspects, including the main one: pollution. “We must make people understand that we live in a polluted city. For adults, this isn’t too serious. Although each year, 632 people die prematurely in Brussels due to air pollution. But, it’s worse for children: their brains, lungs… suffer from it too. For seniors, the risk of cardiovascular diseases increases with regard to the amount of air pollution.

By riding your bicycle in the streets of the capital, you logically expose yourself to this sort of pollution. “A study, published by VITO and UCL, has shown that the quantities of fine particles inhaled by a cyclist compared to a motorist on the same journey is four times greater. If we only take into account the pollution parameter, it’s thus best to ride your car rather than a bike”, says the researcher.

This being said, there is some good news: if we take physical exercise into consideration, it’s best to ride a bicycle than drive a car despite the poor air quality. Bas de Geus adds that “riding a bicycle is more flexible. You can take less hazardous streets. You can also use applications that indicate the busiest main roads to motorists: these must of course be avoided if you’re riding a bicycle. “In Brussels, it’s simple, the air pollution inhaled by the commuters comes from cars. There is virtually no industry compared to the city of Antwerp, for example”.

Even bearing in mind the risk of accidents - which are actually a lot higher for cyclists rather than motorists (per kilometre travelled) - the life expectancy of a cyclist is higher than the one of a motorist. Cyclists tend to earn eight months of life thanks to the benefits of cycling on their cholesterol and cardiovascular system. With the risk of accidents, they lose 7 days and 21 days due to pollution. If we were to collect the different parameters, cyclists earn about 7 months. He thus concludes that “it’s a lot better to ride your bicycle rather than drive your car”.

"Society needs to reassess the situation"

“Our life expectancy has been increasing ever since the Second World War. However, for the first time, it’s actually starting to decrease and this is largely due to our lack of physical activity. Society needs to reassess the situation”, states Bas de Geus.

In terms of finance alone, society would benefit from more people using their bicycles. According to the scientist, “a cyclist saves social security 1300 euros annually”. And reducing the number of cars would also allow to reduce pollution. “This would be beneficial for cyclists but would pollute less on a daily basis in households, offices… and also lessen noise pollution which, as we know, has a negative impact on blood pressure and the heart. This being said, he claims that in order for people to realize that there’s a way to change their behaviours, “major changes in terms of infrastructure and mentality are necessary”.

The bike is for Bas more than a subject of research, it’s also a family tradition: his wife and him head to work daily on their bikes and their five-year-old daughter already rides hers since her third birthday. And last but not least, their youngest aged two is taken to daycare in a bicycle child trailer.

In the middle of winter, when it’s still dark outside in the morning, Bas prefers to take the tram with his son. Whereas his wife and daughter continue to ride their bicycles.

For Bas, it’s simply logical to adapt our mobility lifestyle with other conditions (weather, distance…). “It must even become a habit. I don’t like driving so  depending on the circumstances we go by foot, with public transport or by bike. With a folding bike, it’s easy to combine the bicycle and the train. Those who use their cars say they save time but it’s not always true. The problem with the car is that it becomes a habit. People no longer wonder on a daily basis what the best transport option is to go from A to B. They don’t ask themselves: “Couldn’t I just take the subway? Or my bike?”.

Bas and his wife have a car they only use once a week for their grocery shopping or when they need to get out of Brussels. “Similarly, if we need to for example drive 10 kilometres, we will use our car. We aren’t extremists!”, says Bas with a grin. However, Bas does also say that with all the systems that exist today (shared cars, rental…), their current car shall be their last! 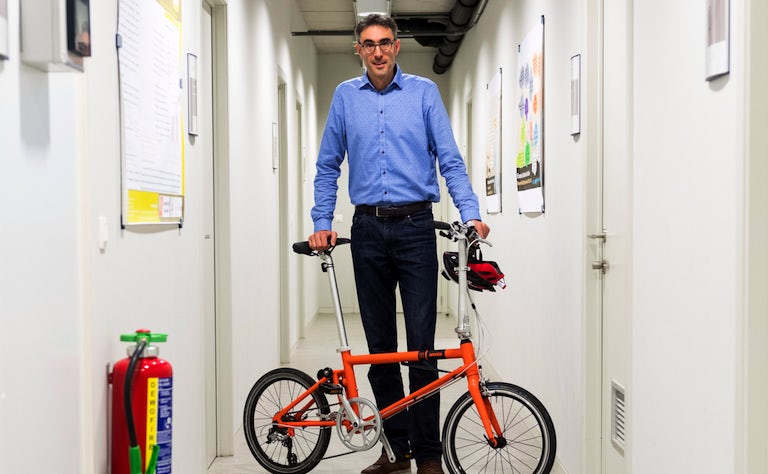 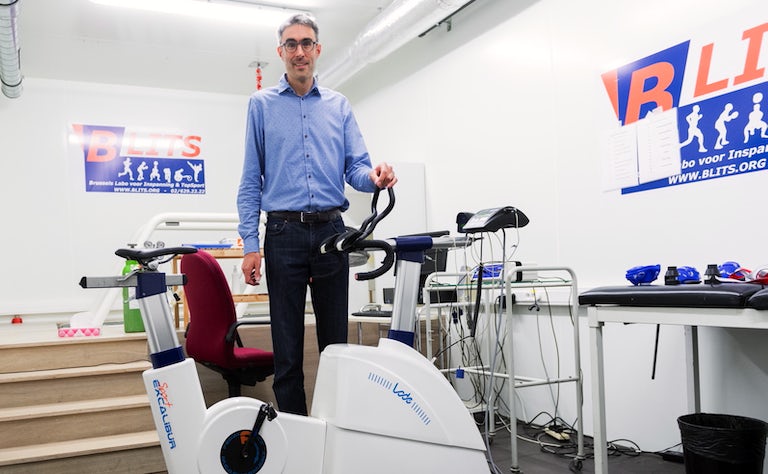 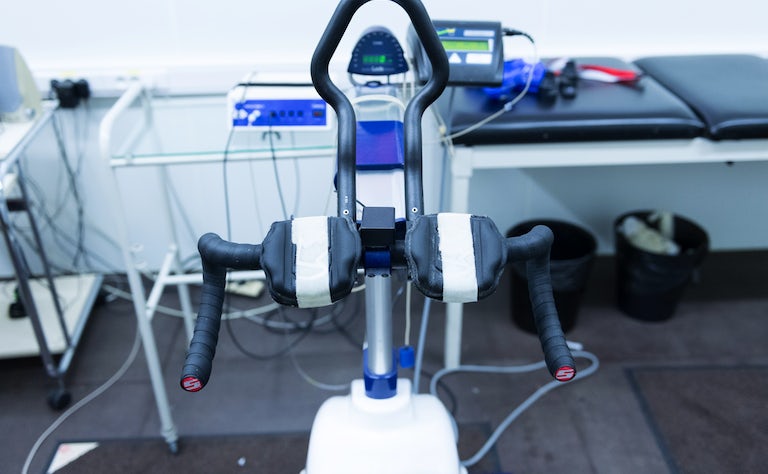 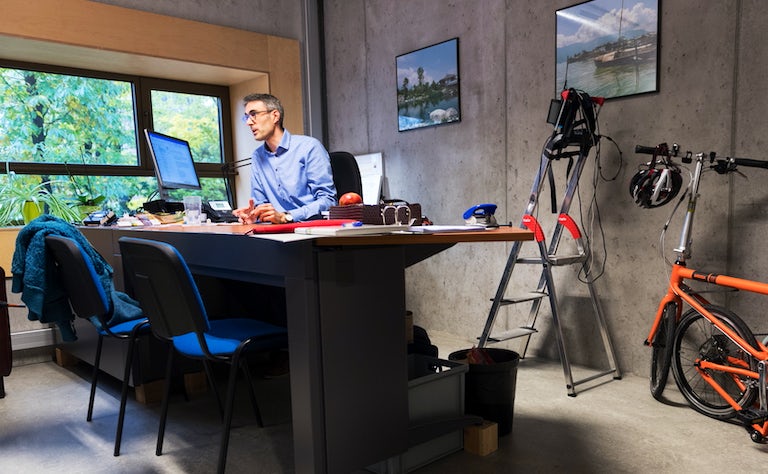 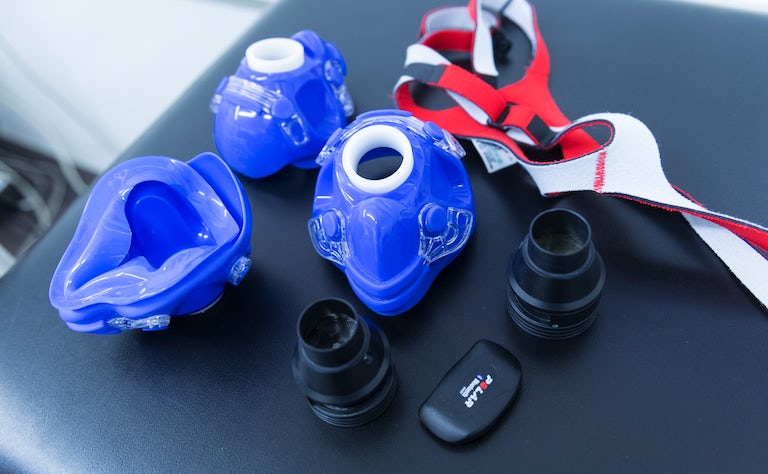 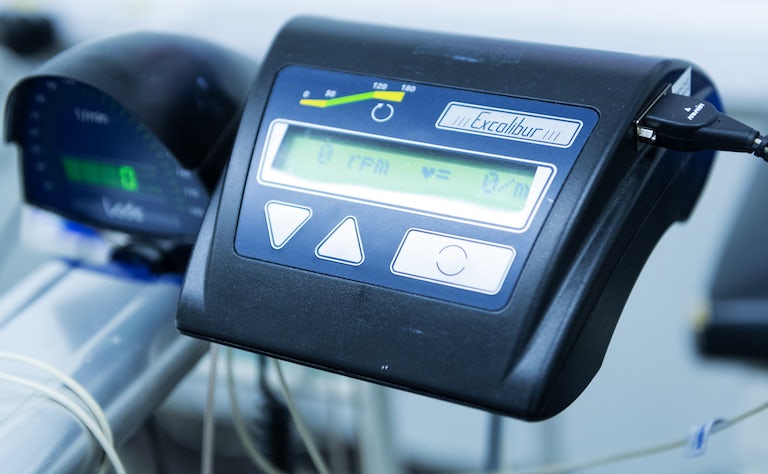 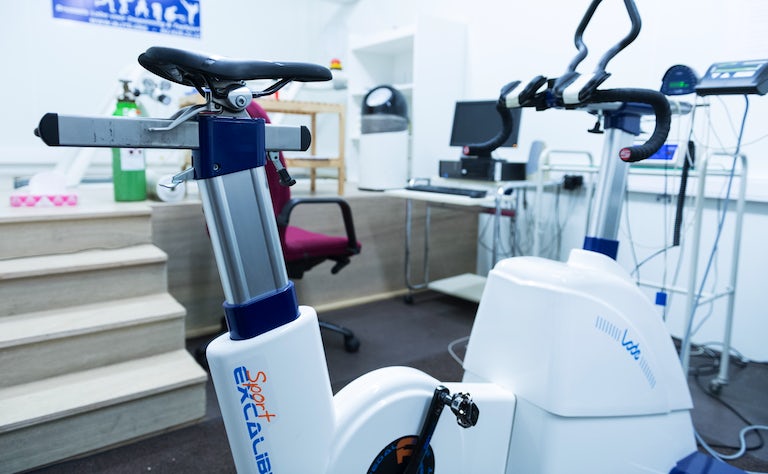