It’s impossible to miss as it stands proudly in front of Dr. John Smets' office, who specializes in surgery and traumatology: The vet from Ixelles adopted the cargo bike early 2017.

"At first, I was working alone and had given up on the idea of making house calls. People don't realize just how difficult it is", says John Smets. Indeed, the rides are gruelling due to road traffic and, once on site, a free parking spot still needs to be found.

Most appointments take place in my office, but some clients want a house call; this is generally the case for the elderly, people with reduced mobility or those who own a large dog who isn’t easy to transport. "We cannot do everything during a house call but we can however give vaccinations for example", says John Smets.

Therefore, when he discovered the cargo bike, he thought it was the perfect solution. "The first time I saw it, I thought to myself: Wow! It’s quite a big creature! It just seemed like a good idea at all levels", recalls the veterinarian.

Thanks to the cargo bike, finding a free parking spot is no longer an issue. And, unlike his motorcycle, his employees can actually use it too. "We take it out once or twice a day. If we're lucky, we ride through the forest. We go out when the weather is nice, I'm not going to ask them to ride the bike when it’s freezing", he adds. The bike is used to carry medication or bags of food but never animals.

A sense of community

“When you arrive at a customer’s home with the bike, they’re sometimes surprised but they admit it's pretty cool. The people who see us riding by think so too. When you ride a motorcycle and see another biker, you greet one another. I noticed that it was slightly similar with the cargo bike", says John Smets with a smile. There is a kind of community around it. In fact, he has already bumped into the electrician or beauty technician we described to him...

"I am very happy with the cargo bike. Economically and ecologically speaking, it’s a no-brainer. I can even deduct it from tax 100%. It requires no petrol nor insurance and you don't have to pay to park it somewhere. A car, even when you don't use it, costs you money. With the bike, when you don't use it, it’s no big deal”, John Smets says. "Lastly, it is also useful for advertising purposes”, he notes.

"I think a lot of people are stuck in their ways although there are various options: the bicycle, motorcycle and car. We use the most appropriate means of transportation. Cycling can be done in a limited context but, in reality, trips of less than five kilometres are the most common ones! I have no regrets about buying it”. 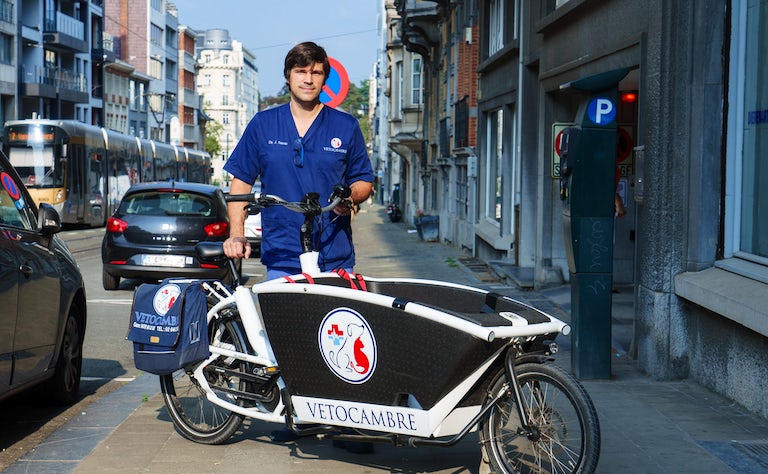 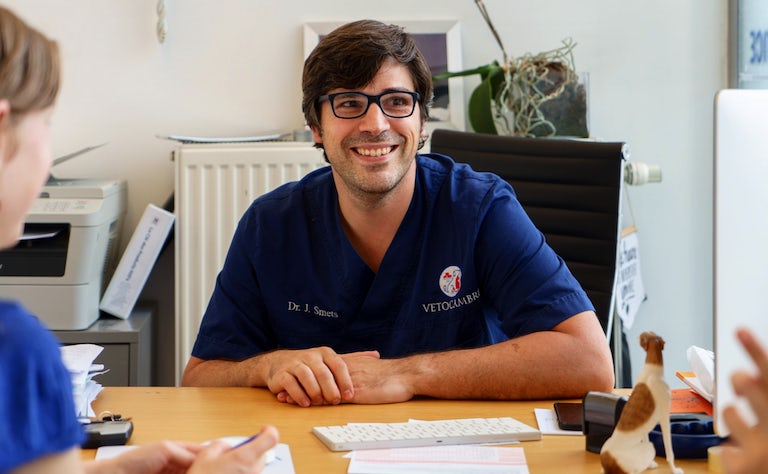 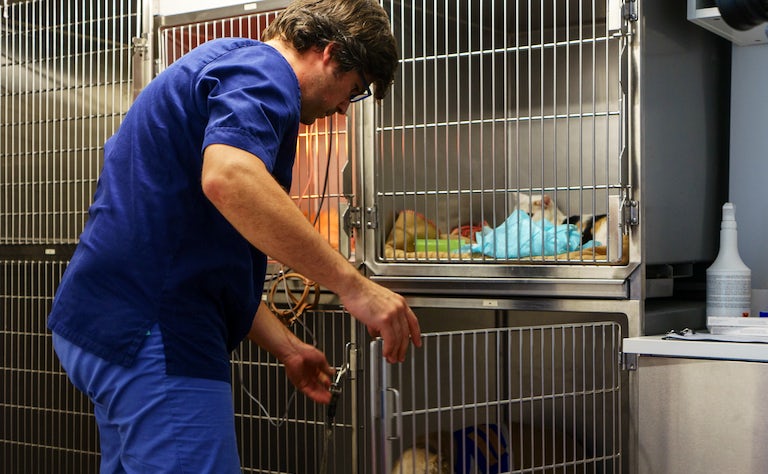 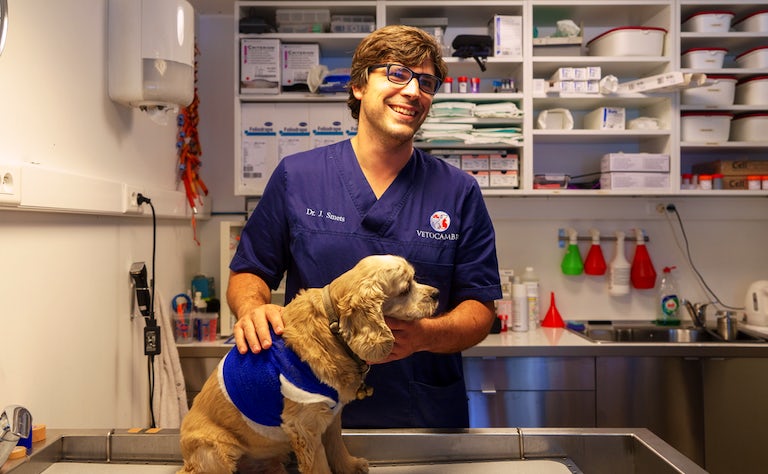 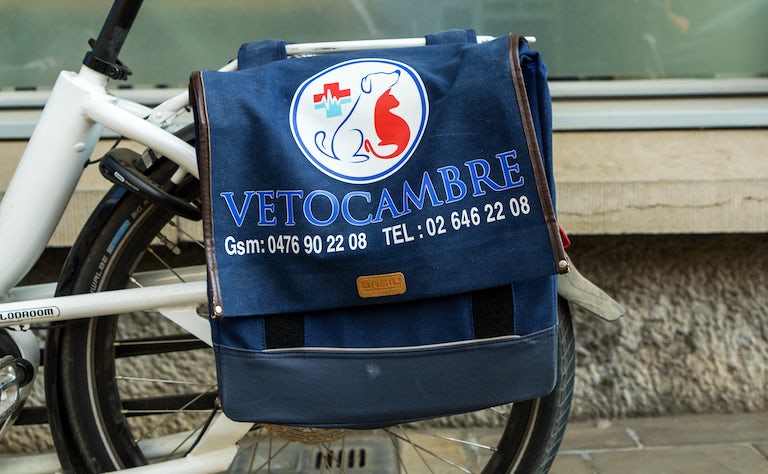 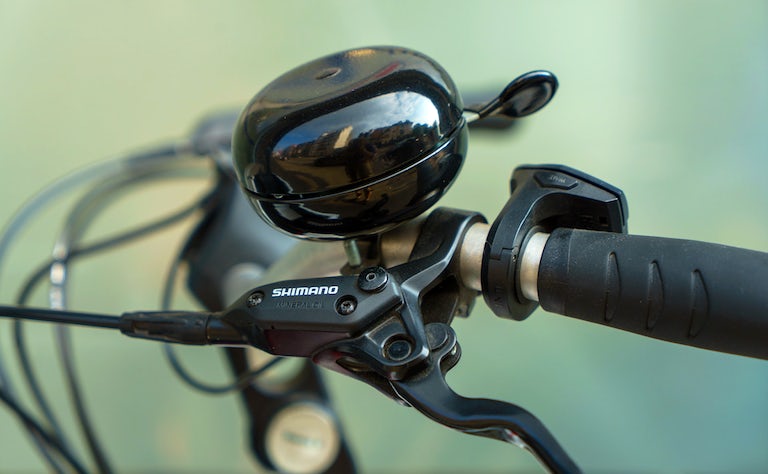 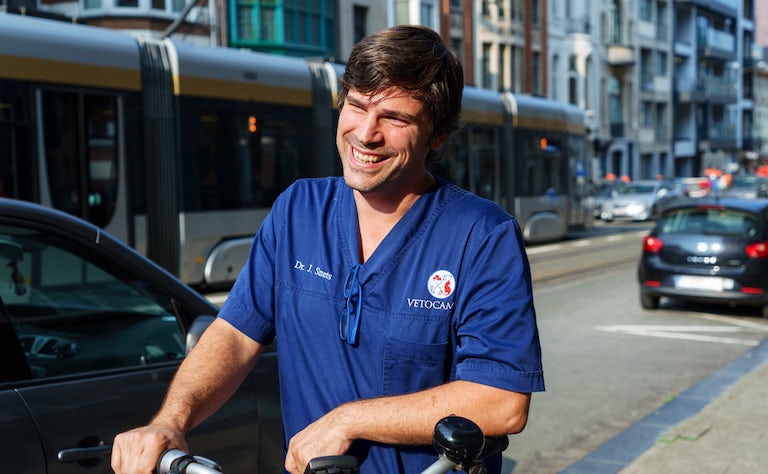 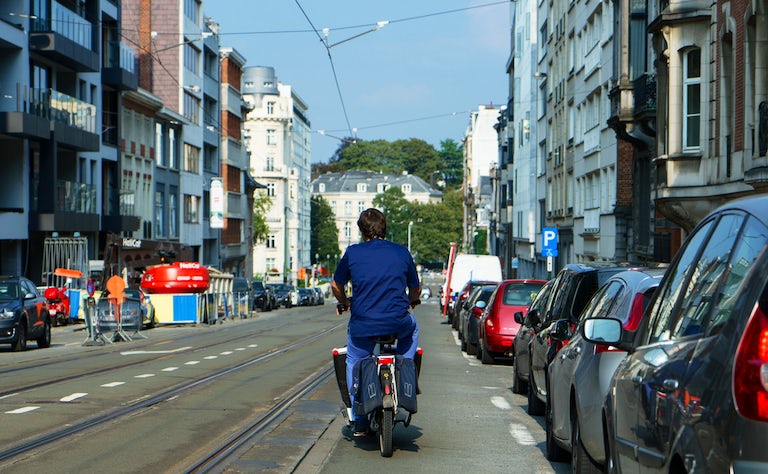 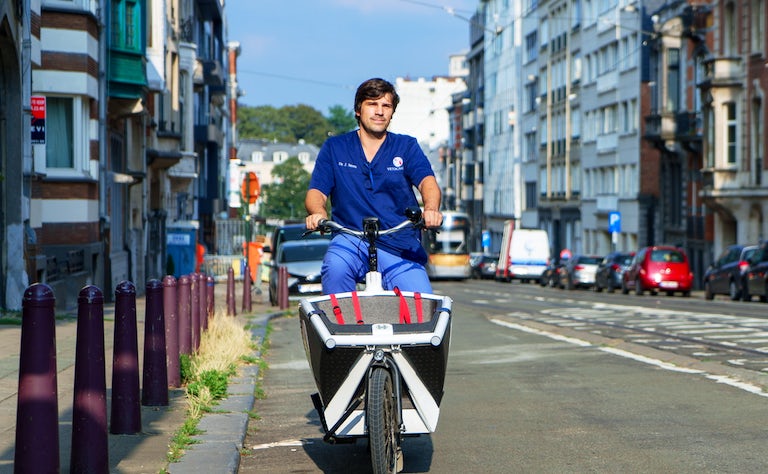 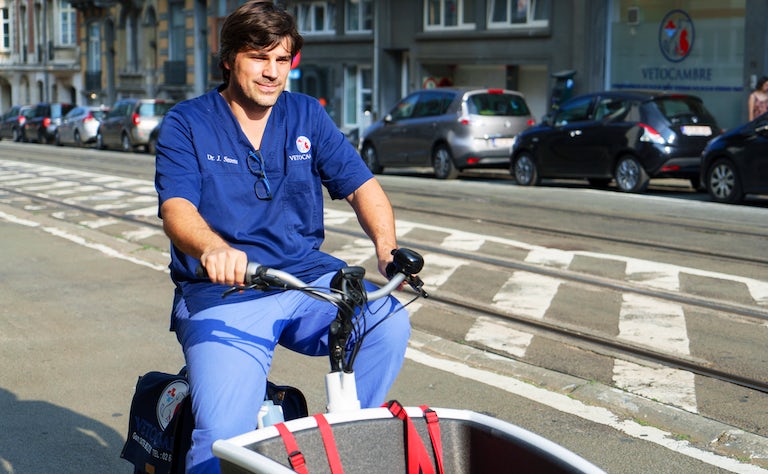 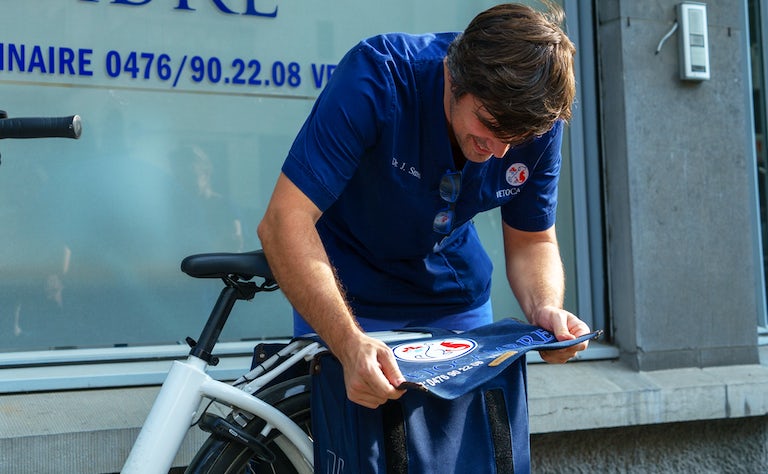 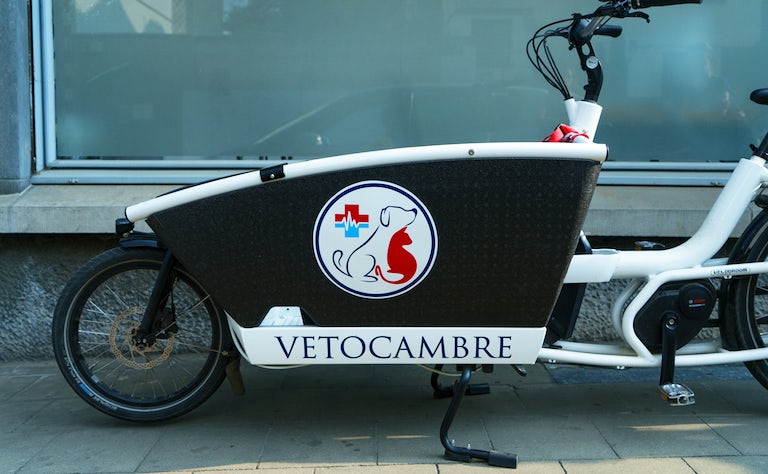