The doctor does his rounds by bike

Koen is a doctor and cycles on a daily basis. When he was at university in Ghent, he already did all his journeys by bike. When he moved to Brussels in the early 80s, he bought a car. But he quickly started doing his rounds by bike because it was much easier to move around the centre by bike than by car. Today, he does everything by car: from his home in Schaerbeek to his surgery in the centre and his house visits. “Before, I would spend three quarters of an hour just to get into the centre. Now I can do it in 12 to 15 minutes. The advantage of the bike is knowing that you will be get from point A to point B in x minutes,” Koen emphasises.

“And then I don’t waste time trying to find a parking space when I go to see patients,” he continues.

For his house visits he never does more than 10 kilometres a day. “I have a patient who lives in Ganshoren but the others all lives within a radius of 3 to 4 kilometres from the surgery. That’s easy,” he notes.

His patients know him well and are not surprised to see him arrive on his folding bike. “In the beginning they said: are you a real doctor? Today, they are used to it. Even if it is raining or cold, I cycle. I have all the equipment I need. But I rarely cycle in the rain,” he admits.

He uses a backpack with lots of pockets to transport his equipment, which allows him to arrange everything neatly and accessibly.

To him, the bike allows him to be “more in contact with nature and the seasons. I do not complain about having chosen the bike. The challenge is to do it well: you have to find the most comfortable routes or those that have the least red lights for instance. I choose my routes in relation to the climbs, the traffic density and the time of day. It is a real sport to work out whether the roads go uphill or not. When you don’t have to push, you don’t notice that.” When he goes to Flagey, he goes through the valley: “It is real pleasure!”

“By bike, you have the freedom to choose the roads you go by. There are few streets where you can’t cycle,” he says.

And the bike also keeps you active. “My parents say that I stay young thanks to the bike,” he says smiling.

There are a certain number among his patients who cycle. But mainly the youngsters. “Some have 3 to 4 bikes. Others take their children to school with the bike trailers,” he says. However, his older patients prefer to go on foot or by public transport. “Elderly people don’t cycle because they think it is dangerous and then they lose their balance,” he adds.

In the city centre there is also “little space in the houses to store bikes,” he observes. He is lucky to have a garage to store his wife’s bike who also cycles to work and those of his two daughters. 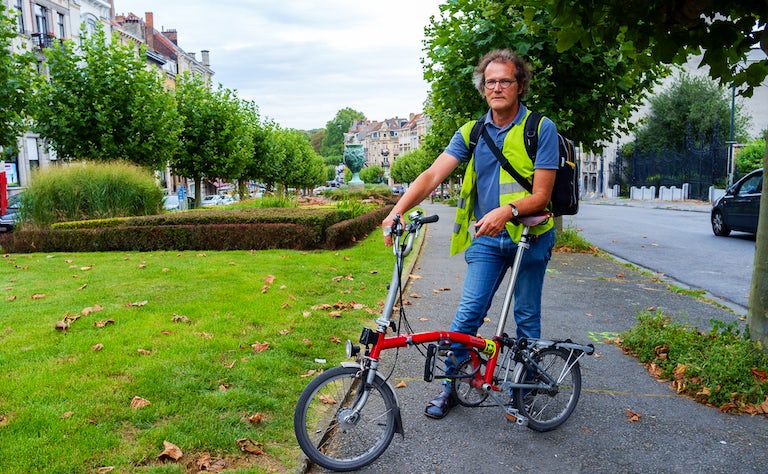 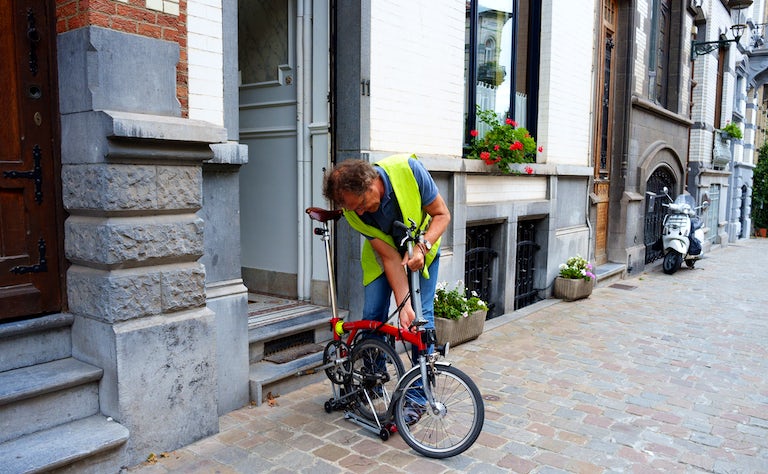 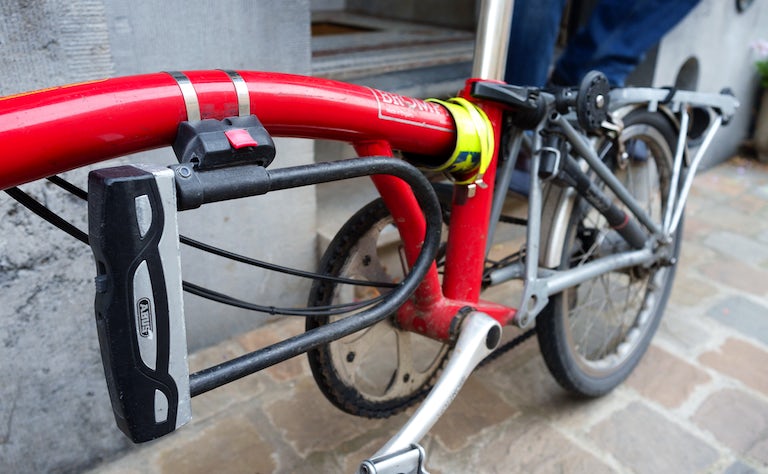 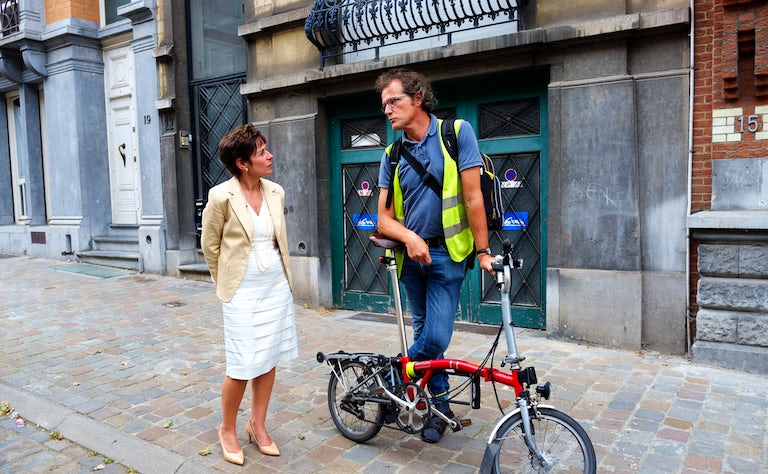