Géraldine and bike polo, a history of the Belgian love story

There was a great atmosphere that weekend on the place Morichar at Saint-Gilles that hosted the Grand Royal tournament. A major name for this cousin of the aristocratic sport of horse polo! The connection is rather obvious only the mount differs: the horse has given way to the …. Bike! Because we are talking about bike polo.

If it has its roots in polo on horseback, these players will say that bike polo is closer to hockey. There are two small goals, the mallet that looks like a cross and finally the protection: elbow and kneepads and a helmet with a grille to avoid a mallet landing on the head.

Matches are played three against three on a 40 by 20 metre course bordered by large, fairly high wooden plates as contact between the players is permitted. There is no designated goalkeeper and the players are not allowed to put their foot on the ground or they receive a penalty. If a player loses his foot, he has to hit the mallet on the sides. Bam! Bam! The penalties punctuate the parties with their sounds. The supporters, themselves, do not hesitate to known on the wooden sides to encourage their players.

Brussels only has about fifteen players, who have difficulty finding a set place to train. Nevertheless, the Grand Royal, is known beyond the borders. That weekend, players from all over Europe come to meet at the Belgian capital. The tournament is recognised for its level but also for its welcome: so it is customary for foreign players to be welcomes amongst the Belgian players during the tournament.

Long brown hair, slim build, sunglasses and a rolled cigarette in her hand. Géraldine is one of the Brussels players. Between two matches, she talks to us about her discovery of bike polo.

Géraldine found bike polo by chance. “I was working with one of the players. I already enjoyed cycling at the time, then I went to see a match and I really liked it. It is like one big family: I was welcomes very warmly,” she says.

It was the first time she participated in a team sport and since then she has not let go. “One of the things I really like is that it is a mixed sport,” Geraldine says. “Sometimes there are tournaments just for women,” she mentions. But the majority of the time the girls play with the boys.

The sport of bike polo requires technique. “It is physical and technical. You have to have good control of your bike to forget it completely,” explains Géraldine. A special bike is used for bike polo. There is no front brake, so you have to be careful using it. Then, the bike only has one gear and slightly raised pedal to stop it from rubbing the ground if the player leans too much. For greater flexibility in the movement, the ratio is quite small. So the player has to pedal a lot.

Géraldine owes her discovery of bike polo to Brussels and her love of bikes too! A native of France, Géraldine studied at the Beaux-Arts in Marseille. Considering that she had done the city in question, she came to Brussels, “Because there is a community of artists and bigger spaces to work,” she explains. “I like it here,” she says.

She got on her bike because she doesn’t have a car and quickly understood that “public transport is not the fastest way to get from point A to point B,” Today, she has four bikes: the one for bike polo, a vintage city bike, a racing bike and a road bike. Because Géraldine also loves travelling by bike. Her trips include: Brussels-Marseille and Paris-Rome. “Brussels-Marseille, was about 1200 kilometres. I cycled 100 to 120 kilometres a day on average. There is the performance aspect and then after a few kilometres the mind sets it aside. It is like meditation or yoga,” the young family says who wants to make a great trip like that every year. 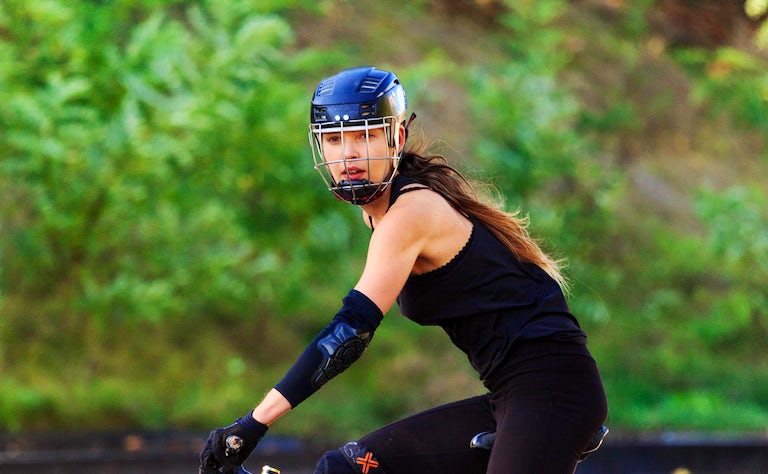 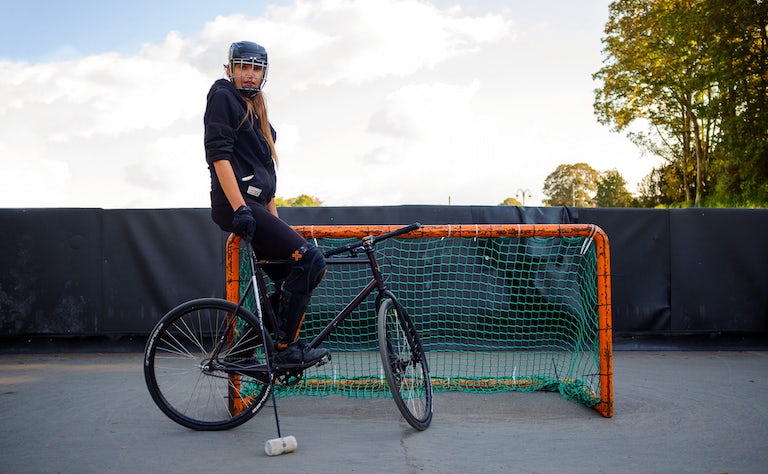 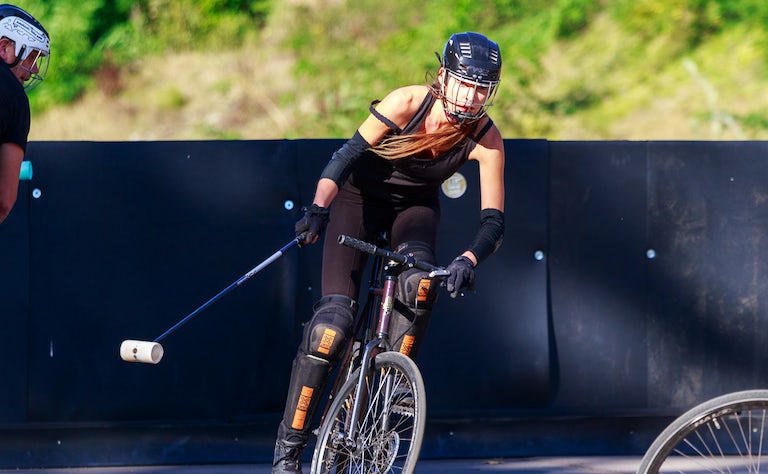 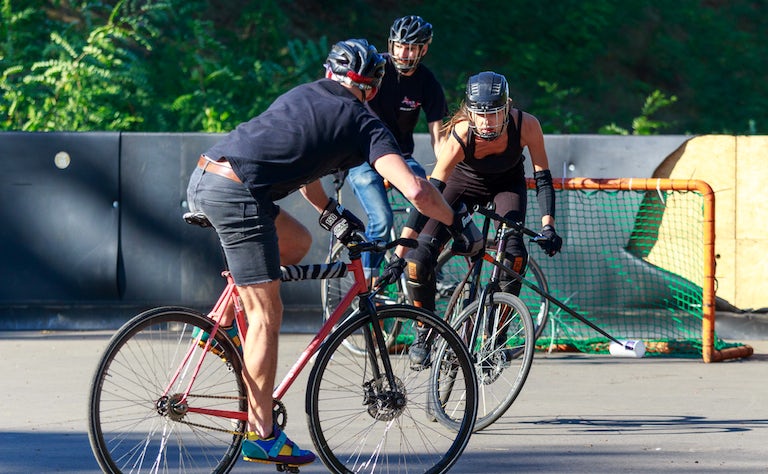 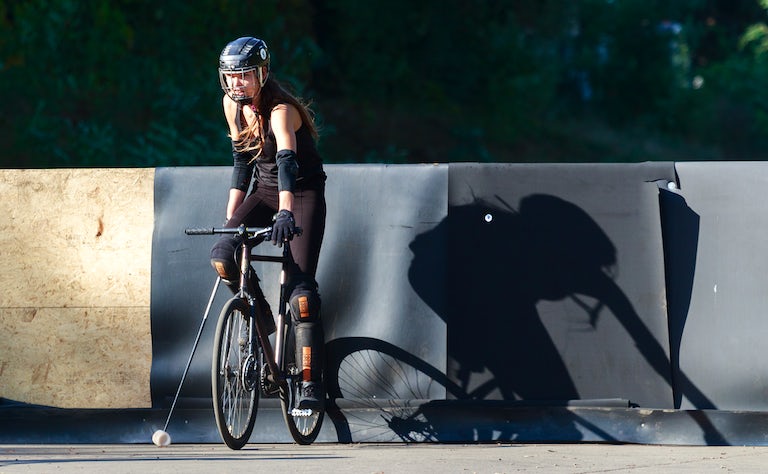 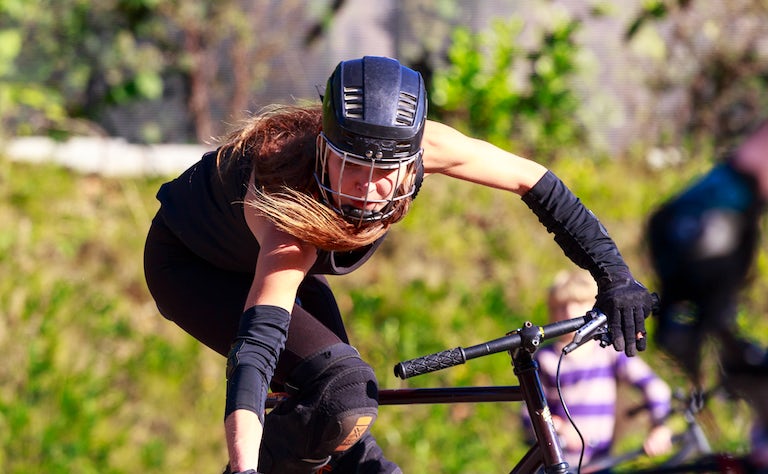 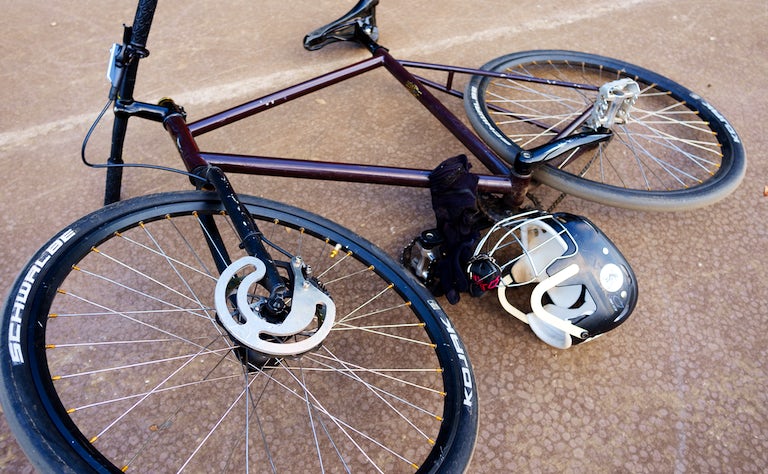 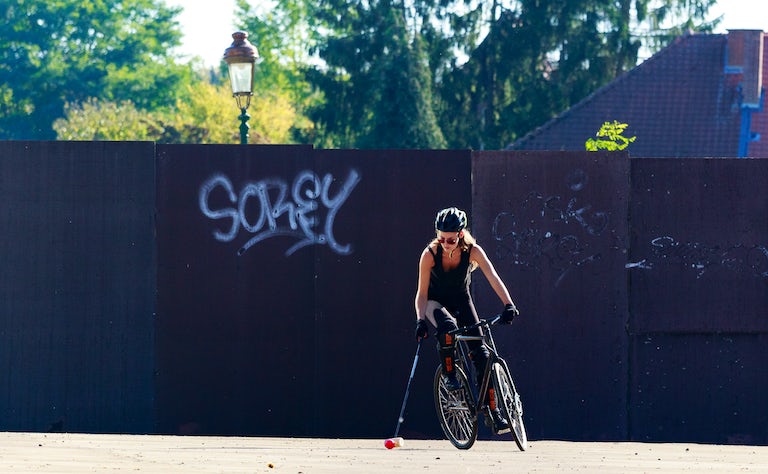 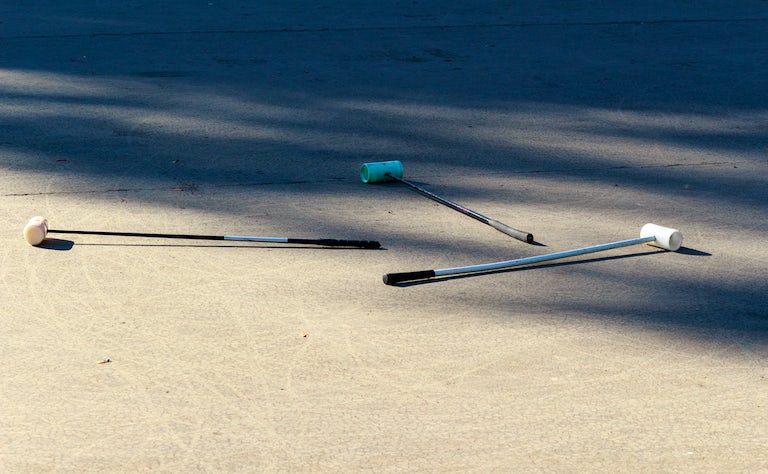