To some small shops or to the restaurant? By bike!

Time seems to stop as soon as you walk through the doors of the grocery store. Is it because of the background music that envelops us? To the decoration that plunges us into times gone by? Or the smile of the owner, Mong? To all of this no doubt.

Mong started his business in 1991. Before that it had already been a grocery store. He took over the name and the typography. From 2005, he started to offer small refreshments including his famous chicken balls with lemongrass.

Of Thai origin, Mong arrived in Belgium in 1989 at the age of 29. In 2001 he returned to his native country for a few weeks to learn the traditional cuisine. He then adapted the cuisine to the tastes here because “In Thailand, the cuisine is very spicy,” he says smiling.

When Mong is not behind his counter or the oven, he cycles through the streets of Ixelles. To travel from his home, situated at Flagey, to his shop or to go shopping, whether to buy spices, meat or tarts, he goes on two wheels. He buys the tarts in pairs. And twice a week, he puts them in a bag that he puts flat on this luggage rack and fixes them to his saddlebags. Everything is thought and approved!

As a man of forethought, Mong has two bikes at the shops. So that a puncture cannot stop him from cycling. He also has the equipment required to face all types of time and situations: “I have a fluorescent tabard and another longer jacket for when it is raining. It is long enough to cover the thighs,” he emphasises.

As he has some back problems, he also opted for handlebars that allow him to sit up straight.

Cycling is a family story: his wife also cycles but prefers villo. “That means she can leave it somewhere and take the underground if she wants,” explains Mong. His children also cycle. His daughter of 6 has her own bike and his son of 3 has a follow me or in the child seat.

Mong only uses his car for major shops; that is once or twice a week.

“I think the bike is a good means of transport. By car, you spend a lot of time parking,” he says. “Brussels is not a flat city, for instance from Flagey to here it is uphill, but they are small trips so it’s ok,” he notes.

By cycling is not just a mode of transport for Mong. We sense he likes the object: “I like the German post bikes,” he says. “With the box at the front.”

He smiles. Like when he talks about his other passion: photography. Mong took photography courses and you can also see some of his pictures on the walls and on one of the shelves, his old box camera. That reinforces this impression that time is suspended. 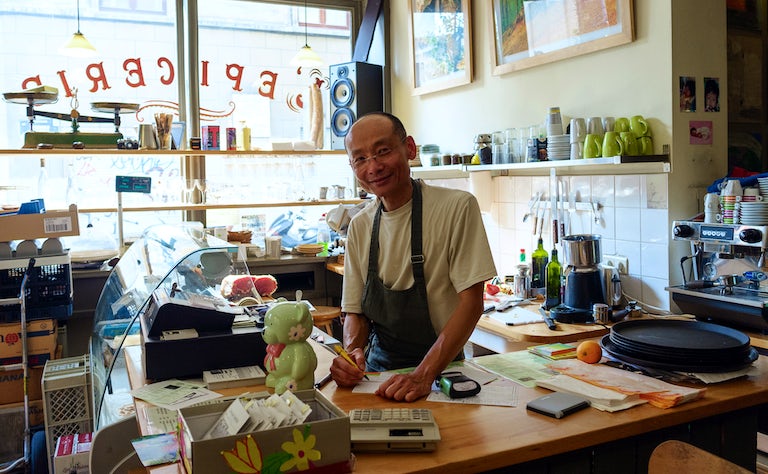 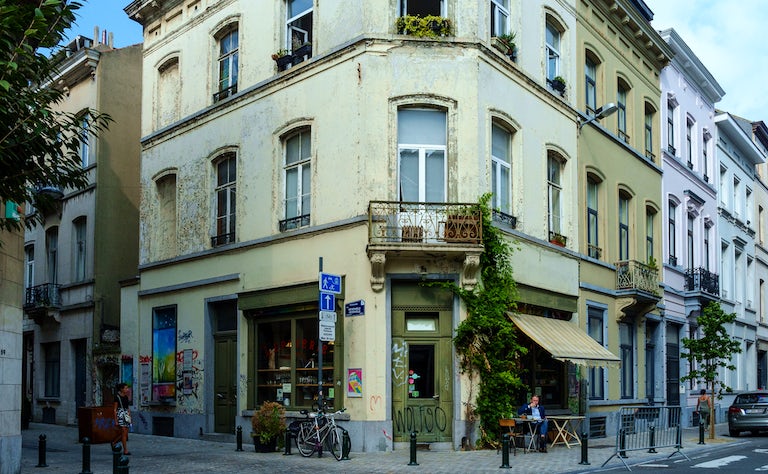 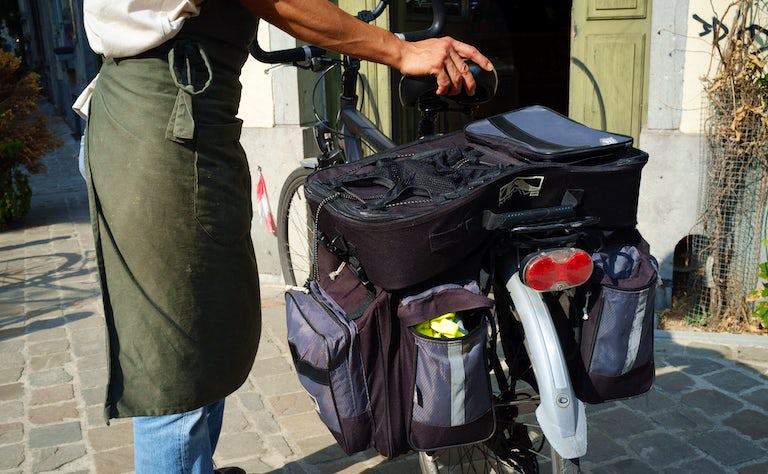 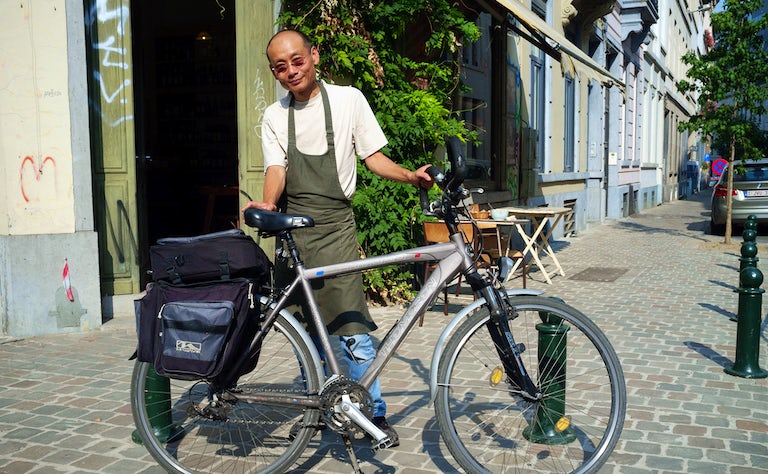