Magistrate at the Court of Cassation and a daily cyclist

“Are we starting with photos? Hang on, I have to prepare myself,” laughs Damien Vandermeersch, a magistrate at the Court of Cassation. He puts on his fluorescent jacket and his helmet. The sun is shining, so he doesn’t put on his waterproof outfit. “But if it is needed, I have it in my back,” he explains. Damien Vandermeersch is not the type to be surprised by the weather. He has been cycling in Brussels for 37 years. “Whether in rain or snow, I am fully equipped,” he says. He even has gaiters to protect his shoes.

He also has two bikes. “If I have a puncture, I have the other bike. I don’t have the time to wait for it to be repaired,” he says. In reality, he even has four bikes but the other two are a mountain bike and a racing bike for his leisure time.

The bike is not the most common means of transport amongst magistrates. To say the least. “There are a few people who come by bike but they are mainly the clerks, secretaries or employees. In my jurisdiction, no other magistrate comes by bike. But that is a mistake,” Damien Vandermeersch punctuates. “Well, some do not come from Brussels and then, there are some who come by underground or by train; they don’t all come by car”, he admits.

For him, the bike is simply the most efficient way to travel from home to work and vice versa. “The advantage to cycling is that the timing is definite and certain: 20 minutes both ways. When I was a lawyer, I had a motorbike because I had to travel all over the place, but when I started working here, the bike became obvious,” he recalls.

And yet, “in the beginning it was not well received that I came to work by bike. They told me they were not very happy about it. It is as though it doesn’t belong to the profession of magistrate. I think that it is good to show that everyone does not fit in the same mould,” he says.

Mentalities have changed since then. “Today, everyone knows and it is not seen negatively,” he observes. Every morning in the week, for 37 years, he has taken the same route: “the shortest and flattest and I choose the quieter streets.” The return is a little different. A question of relaxation. Along the road, I take the time to look at the city and its architecture. “I am sporty but I don’t cycle quickly in the city. I cycle at around 15-20 km/h. I am often overtaken,” he admits. In one year, his professional journeys amount to 3,000 kilometres.

“Intellectually, cycling sets my mind in motion,” he continues. “I get all my good ideas on the return journey. Formulas for my lectures that I give at the UCL for instance. That is a very creative moment.”

Some final advice on the road? “You have to be visible. Lighting is vital and motorists who have seen you are overwhelmingly friendly.” 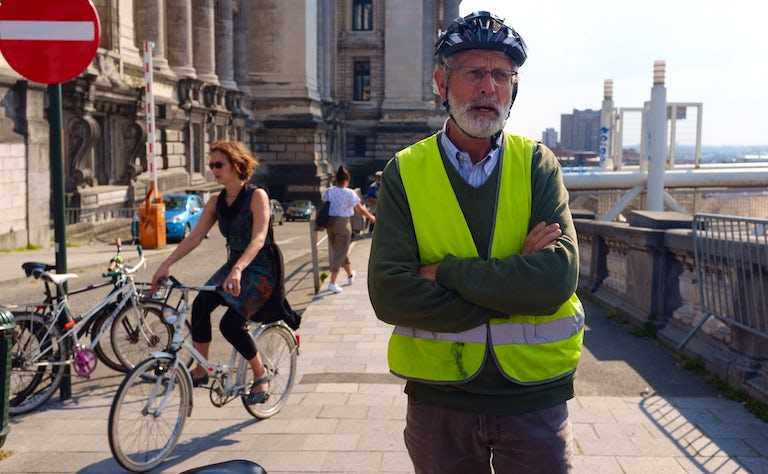 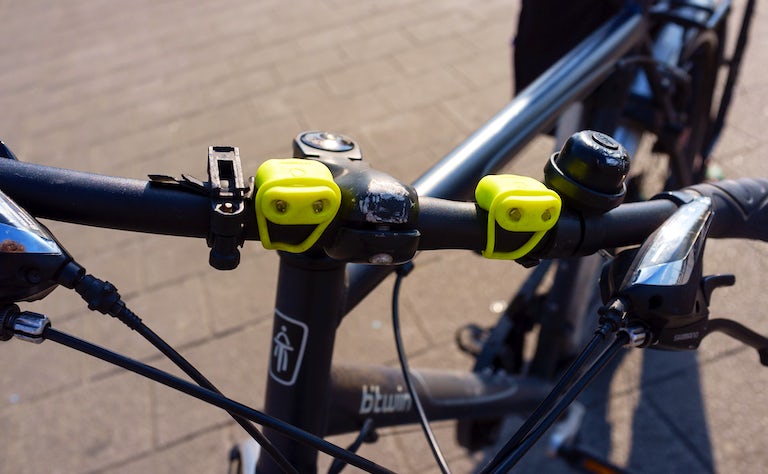 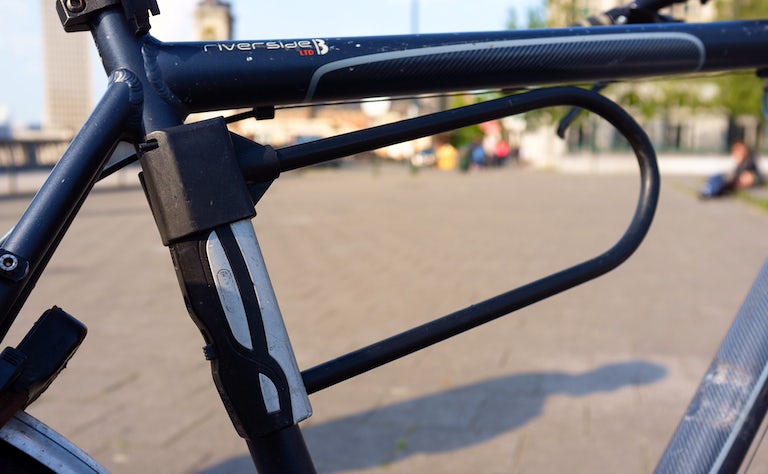 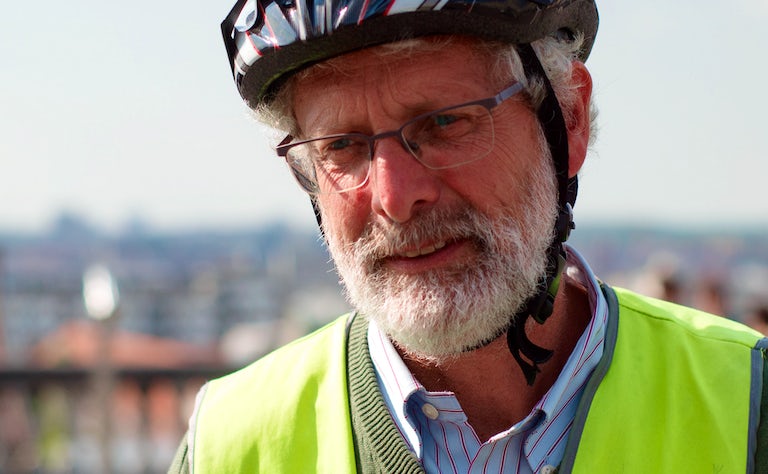 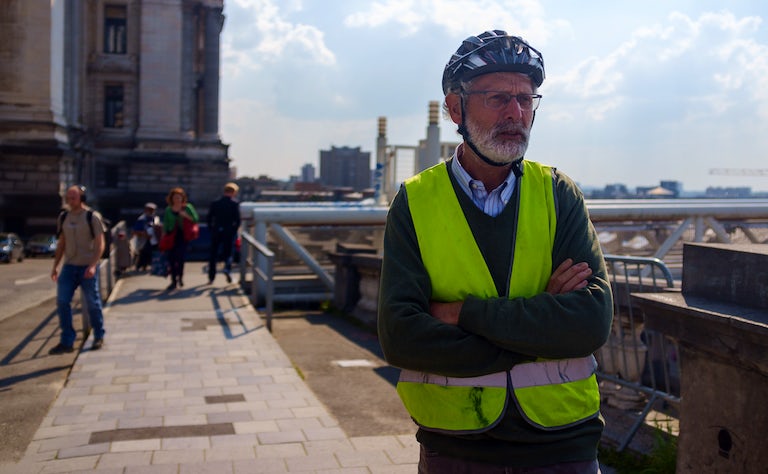 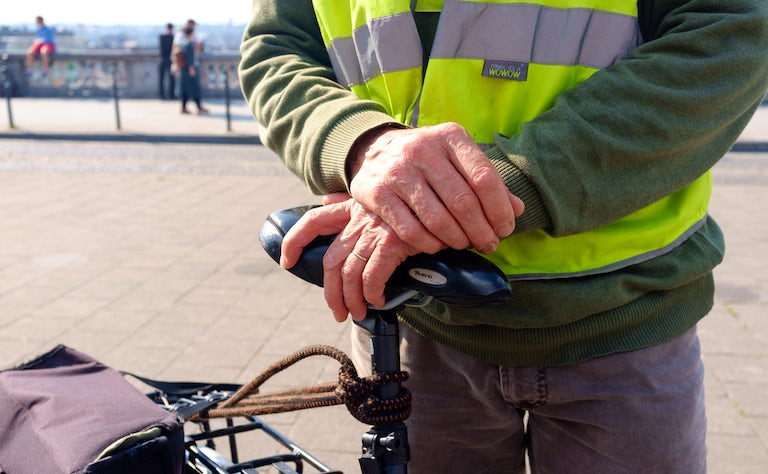