Céline and Florent, lovers of the cargo bike

If Florent was a daily cyclist, Céline, rode more occasionally. But with the birth of their child, changes the situation. “When Céline was pregnant, we thought a cargo bike would be a good move for our travels,” Florent recalls.

But at the first, the cost put them off. Then to take their son to the crèche, they had to do a return journey with a pushchair. A 15-minute trip but which, in the Marolles district, translates into cobblestones, high borders and kerbs. “We did other journeys by public transport and cambio,” says Florent.

The smallest trip seemed tedious, and the cargo bike was always there, in the back of the mind. “We remembered that my parents helped my two sisters to buy a car. As we don’t have a car, we asked them if they could help us a little for our cargo bike,” says Florent.

So, in August 2015, the couple bought a cargo bike and since then “we use it almost every day,” says Florent.

Céline and Florent each have a normal bike and alternate with the cargo bike. Concretely, the person driving the little one to the crèche keeps the cargo bike for the day. On the way back, it allows you to do the shopping without wondering whether you have the space or about the weight of the shopping.

Céline works from home two to three days a week. On the other days she has to travel close to Aarschot. Then she arranged carpooling with a colleague. Her colleague leaves from near Chazal so Céline goes there… by bike, of course!

“It announced me to hang around for transport. It took me 35 or sometimes 45 minutes to get home. Whereas with the bike, it takes 20 minutes. So I save time and I really enjoy cycling,” says Céline.

This new passion for the bike is due to the cargo bike: “the cargo bike really motivated me on the electric side. There are lots of things I would not have done before. Now, I realise that these trips are even possible with my normal bike.”

Their son went in the cargo bike from a very young age because it was made to accommodate a baby carrier. Today, he sits on a bench with a seatbelt harness. The box can hold up to four seated children. “We are thinking of having two or three children so we expect to use the cargo bike until the youngest is independent,” says Céline. “Sometimes, there are people who ask whether we could use a normal bike but here in the district, there are cobblestones and large kerbs and borders. And then, because it is electric, we use it more often as well. For instance, we drop off the little one at Céline’s sister in Uccle, we would never do that trip with a normal bike. It is far and we have to take his back, his bed, etc.,” Florent explains.

Céline and Florent are also in a design collective and regularly have to transport their T-shirts to stores or designer markets “We sometimes put 500 T-shirts in the cargo bike,” Florent emphasises.

Another benefit of the cargo bike: it can be covered with a tarpaulin. So that can protect their son from the rain or when it is cold. “And then he is safe in traffic. And the fact that he is at the front reassures me a lot. I can measure distances better and can talk to him very easily,” says Céline.

To avoid any hassle, the bike is insured against theft. To park it, the couple were lucky to have a garage made available to them by the landlord. The issue of storage will clearly determine where they will buy an apartment in the future. In anticipation the couple is already thinking about their next holiday with the cargo bike. “Last year, we toured Belgium. 700 km in total. Our son loved it. I have the impression that he prefers long cycling trips to car journeys because he is not used to the latter,” Céline observes. “Going on holiday with a cargo bike is convenient because you can take lots of things with you. You don’t have to do without anything,” Florent finishes. 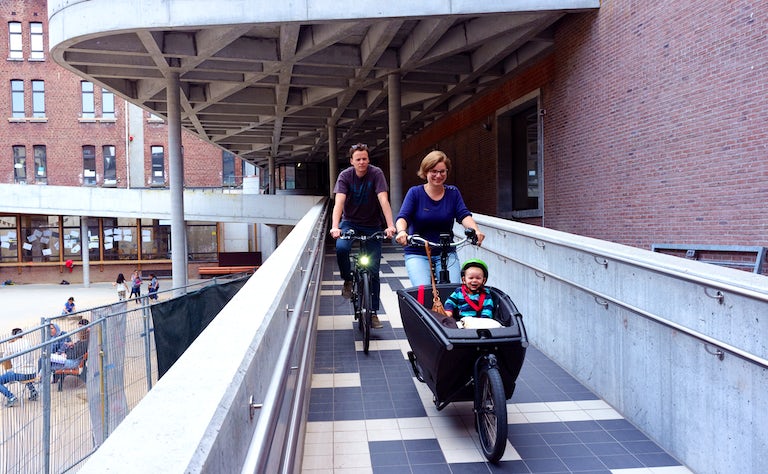 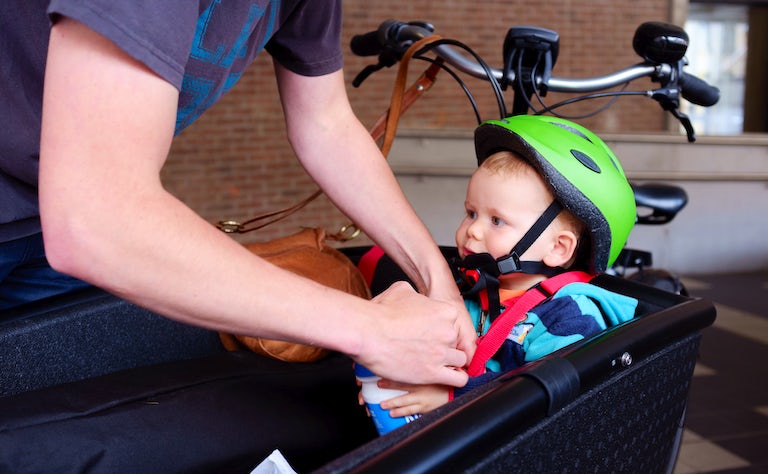 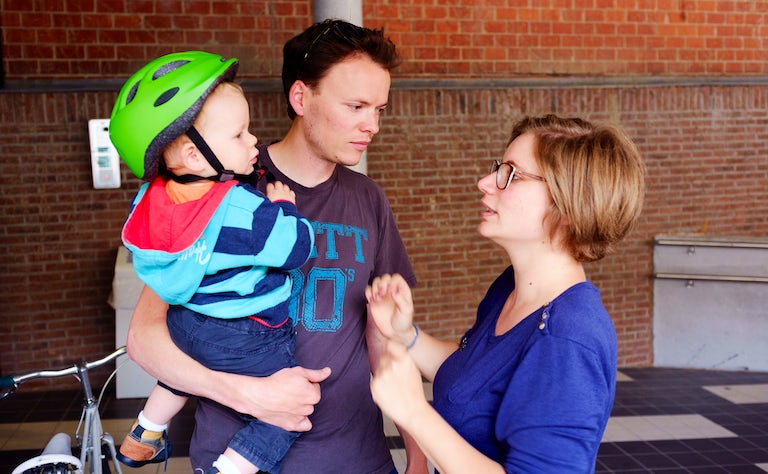 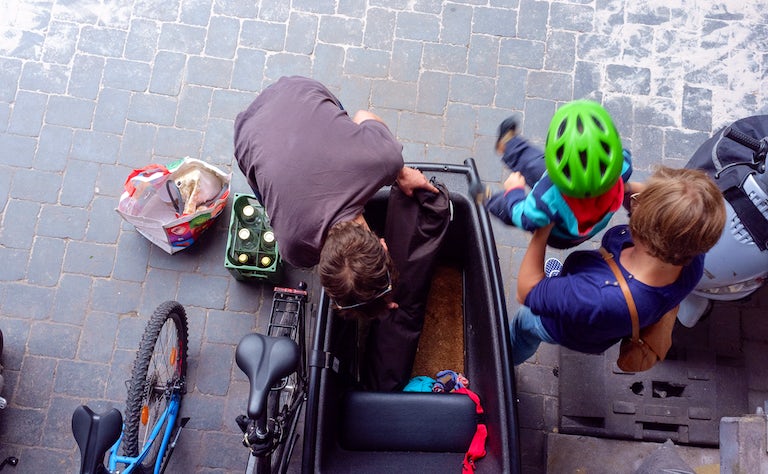 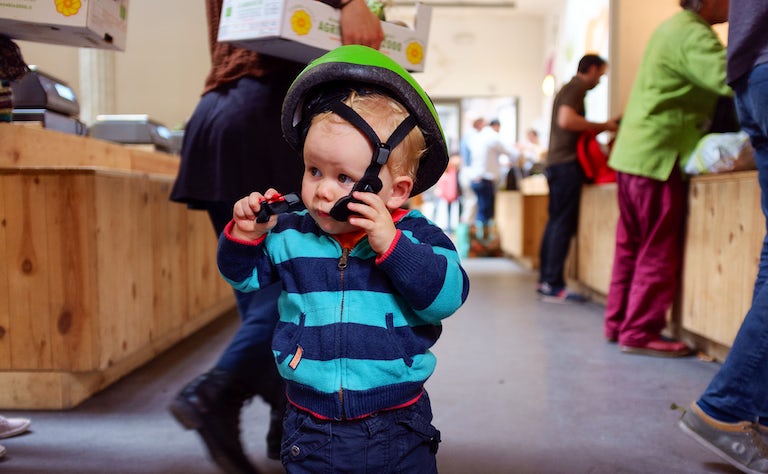 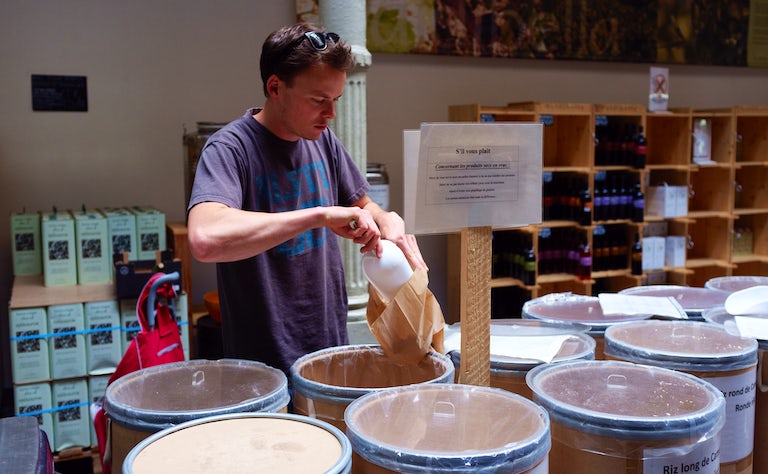 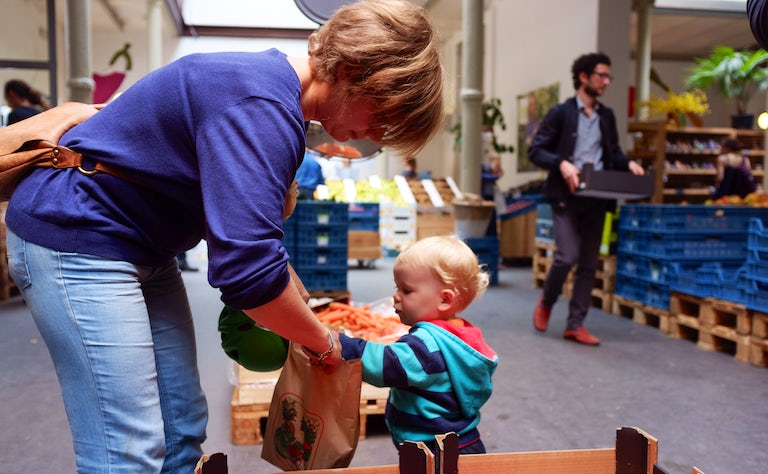 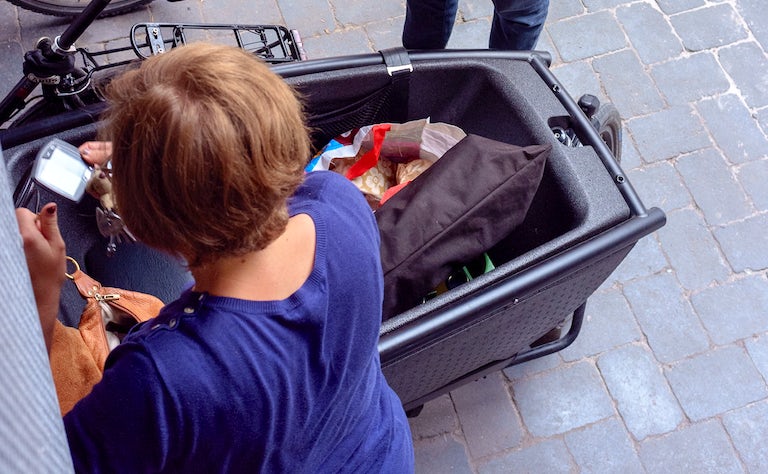 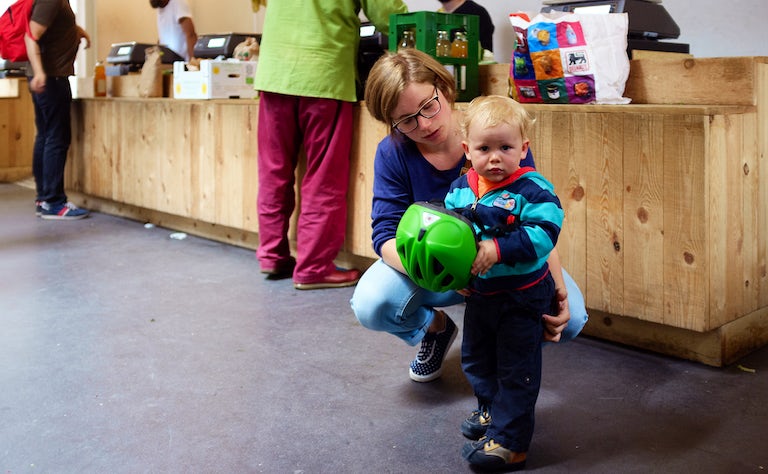 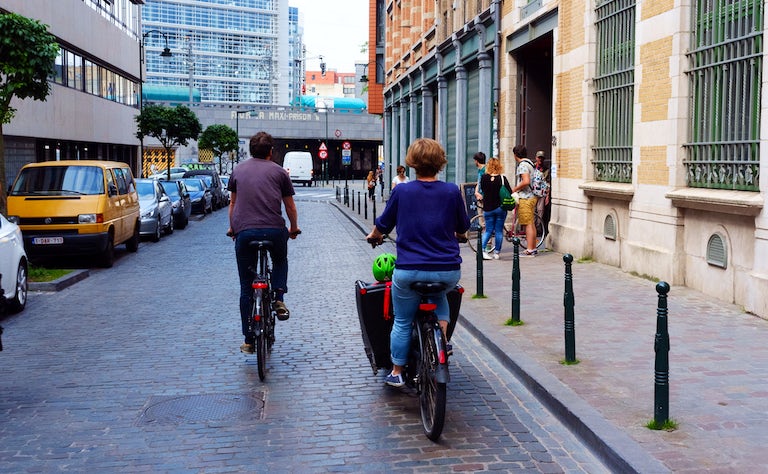