A galloping horse or a fog horn in the city? The place of an atypical engine driven by the architect Luc Schuiten, the brother of the cartoonist, François. Three wheels, two behind and one in front, an electric engine and white body, the Twike runs thanks to the pedals operated by the reclining driver. Black eyes, like an animal are drawn on the front of the body.

“I have been riding this for eight years. I just customised the original model and arranged some things. This engine doesn’t make any nose, that could be dangerous because you can’t see me coming. So my Twike also uses the sound of a steam locomotive. It is both amusing and means I can make my presence known without having to honk, which I find unbearable.”

This city transport enthusiast, found the perfect vehicle to express all his creativity and poetry in the bike. For the many years in his work as an architect and screenwriter with François Schuiten, he has thought about new ways to furnish the city. Different ways to move have also been one of his preoccupations.

According to him, the bike is the perfect vehicle because of its low environmental impact, its autonomy and the lightness of its structure. The visionary enjoys imagining our machines of the future. He is certain: the future will be on two wheels. “Customizing or improving your bike, is a way to act in the city and to experience relaxation and enjoyment.”

He created his most recent prototype, two years ago and he called it the Tricyclopolitain. It consists of three bicycles assembled and topped by a wooden body open at the sides. A Strasbourg company, specialised in innovative mobility, scooters and electric bikes, designed the structure and Luc Schuiten had the recycled wooden body constructed by a cabinetmaker in Liège. By riding his Tricyclopolitain, he wants to arouse curiosity and make passers-by reflect. “I hope to initiate other desires greatly to improve the way we move around the city. It is time to do something and that we find creativity in our means of transport.”

A crazy inventor or creative genius, the scenographer, architect and author is not afraid to pass for a utopian. “For me, a Utopia that has not yet been experienced is possible. Cleverly, who could say what utopias may be realised and which will truly make us laugh in a few years.” 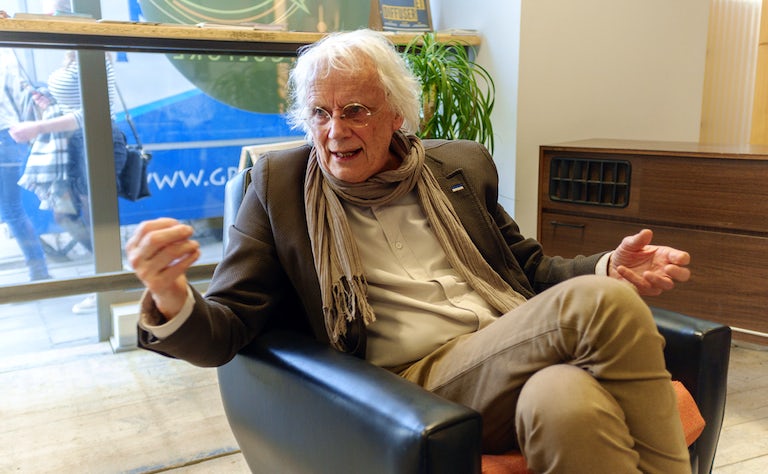 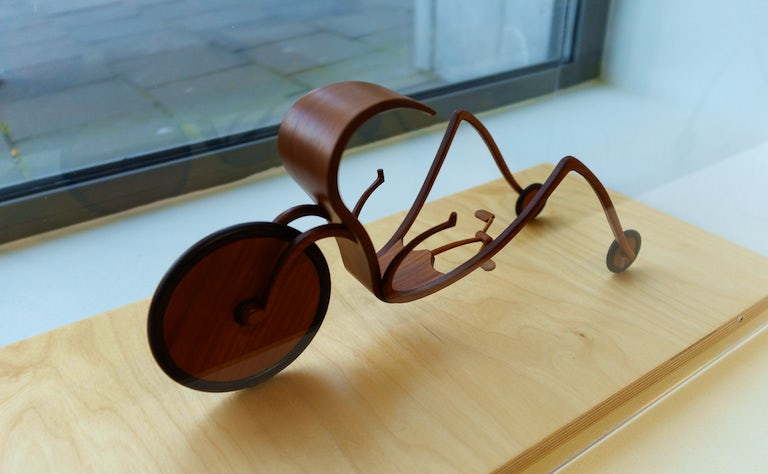 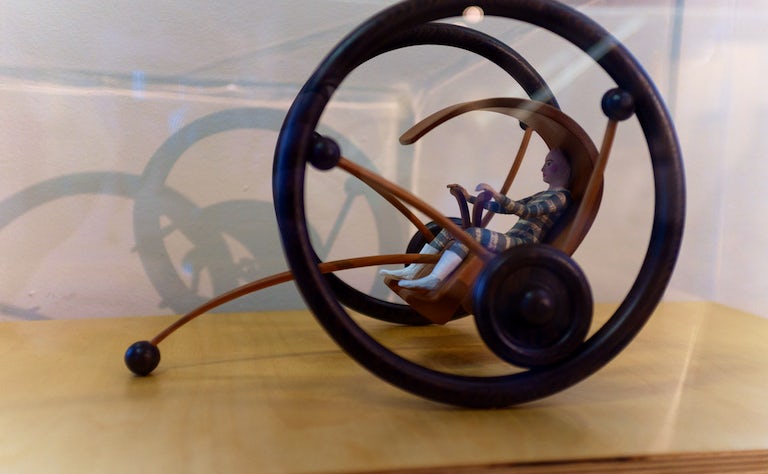 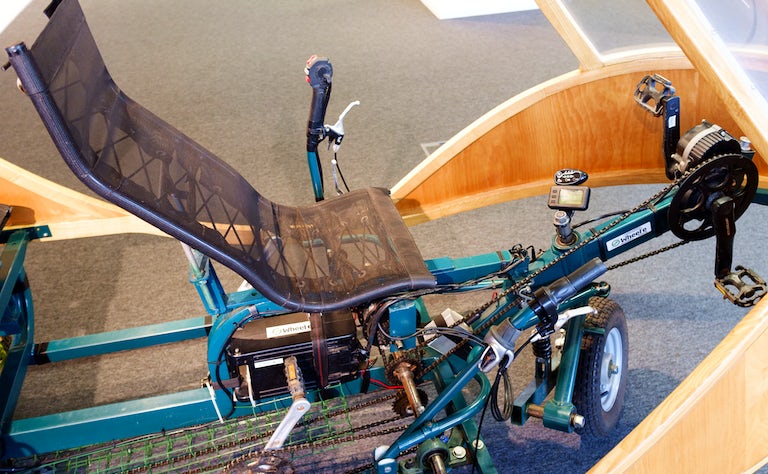 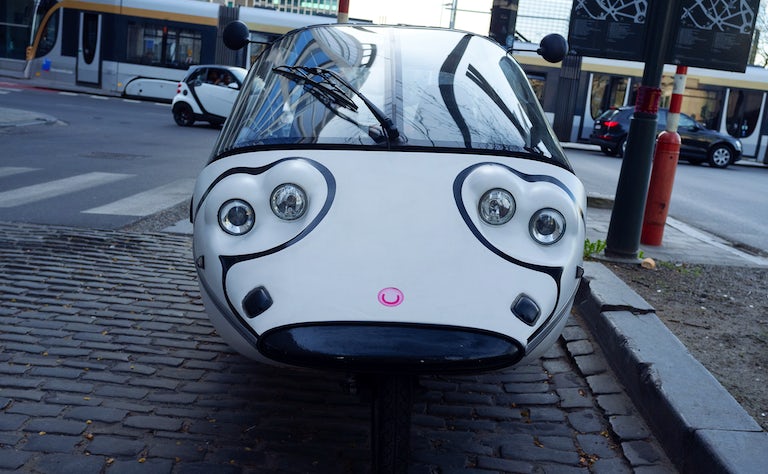 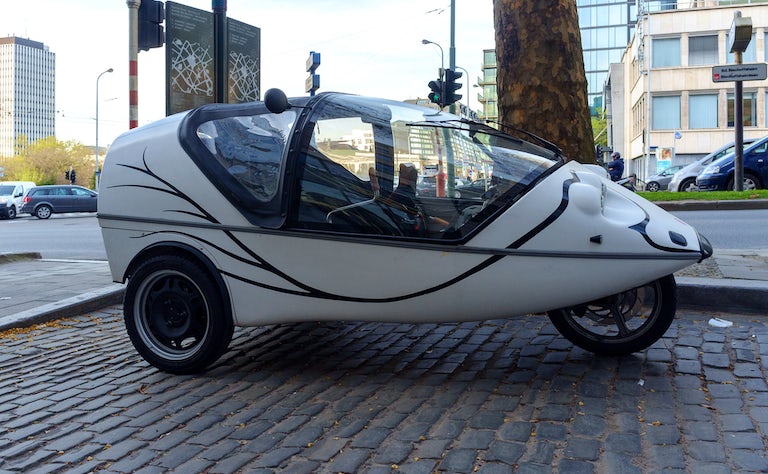 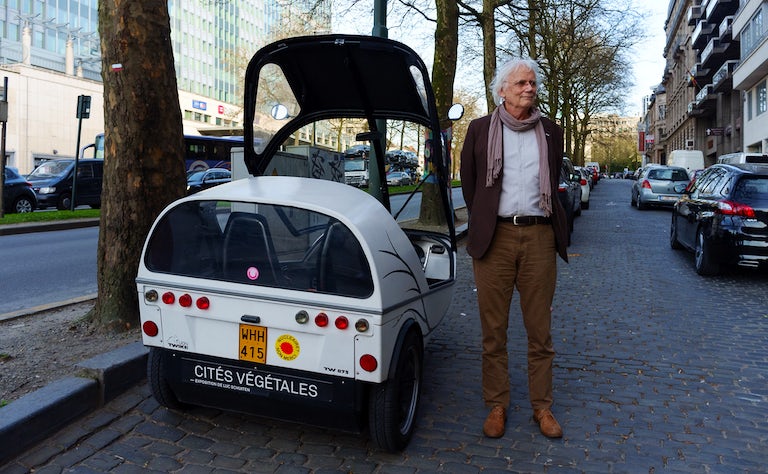 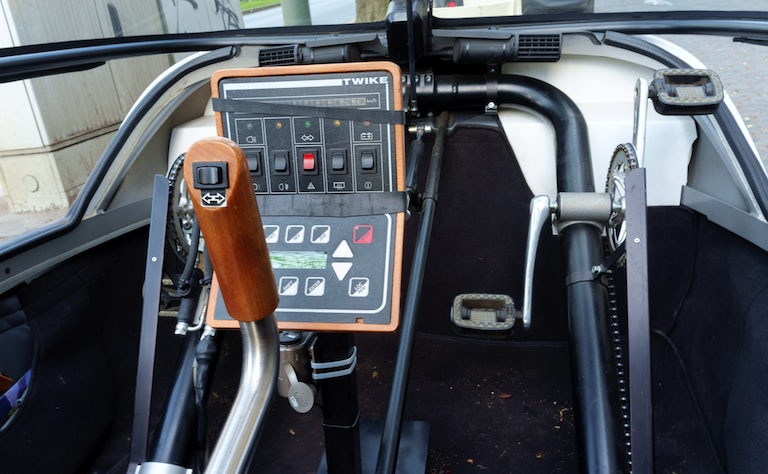 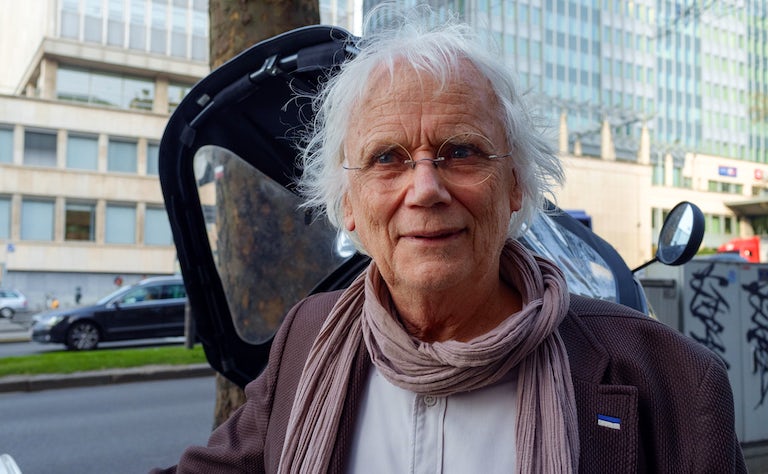