To grow mushrooms, you need coffee grounds and a bike!

At PermaFungi, they grow mushrooms (mainly oyster mushrooms) in organic coffee grounds. The coffee grounds are collected from different Brussels restaurants… by bike of course!

“PermaFungi is based on the circular economy. The founders did not want to depend on fossil fuels. That is why everything is done by bike,” explains Louis, a student of agronomy at the ULB and a trainee at the Brussels company.

Every day, except on Sundays, a member of staff from PermaFungi does the tour of the participating restaurants. Two locations over a 10-kilometre route. Last year, no less than 15 tonnes of coffee grounds were collected and recycled by PermaFungi. “Coffee is a waste product that is present in daily life but that is very poorly valued,” says Louis.

“During a tour, we can collect up to 60 kg of coffee grounds,” he explains. With a cargo bike without electrical assistance!

“The first time you use it, it is a bit complicated. Then we get used to it. When you do a tour, you collect bit by bit so the weight goes up gradually. It’s true that in the end, it is rather more difficult to keep your balance. In fact, it is more difficult when you go slower,” Louis observes.

At PermaFungi, each person takes a turn at all the duties: the different stages in the cultivation of mushrooms and the cycling tours.

“That is really great. I have the impression that there is a kind of community. We get notices and then people look at the bike and ask questions. The visual aspect of the bike is important: it is green and we wear a yellow helmet,” Louis explains.

Because the idea of cycling is also to make the project known. So it must be made visible. The team have just acquired a second bike. Both are used to collect the coffee grounds but also to deliver the fresh mushrooms.

Before working for PermaFungi, Louis rarely cycled. “I did everything by public transport and on foot. Not, I cycle to PermaFungi from Tour et Taxis,” Louis says, who lives near the cemetery in Ixelles. “The bike is faster than I would have though. To cope with the hills, you can also combine public transport and the bike. Otherwise I also use the life at the Palais de justice.”

Little by little, Louis is discovering Brussels by bike and has been happily surprised. “I lived in Ghent where everything is done by bike. I thought that Brussels wasn’t much but I have seen that there are still some adjustments that promote an understanding between users. There are also panels for cyclists at the red lights that mean you can continue straight on or turn right. I think I will continue to travel by bike,” he concludes. 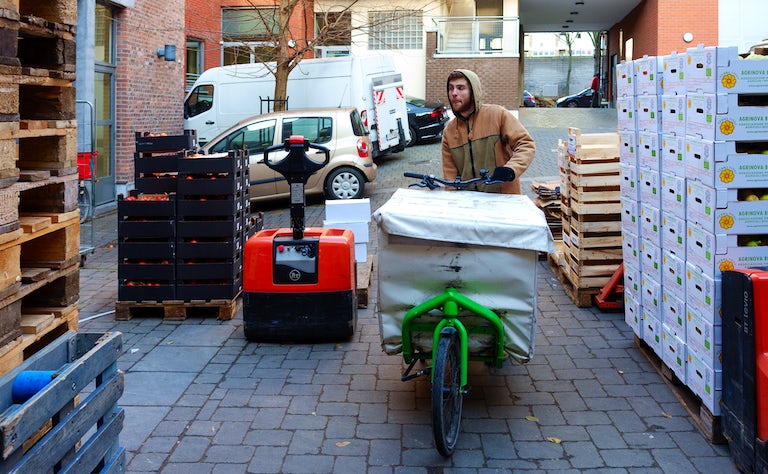 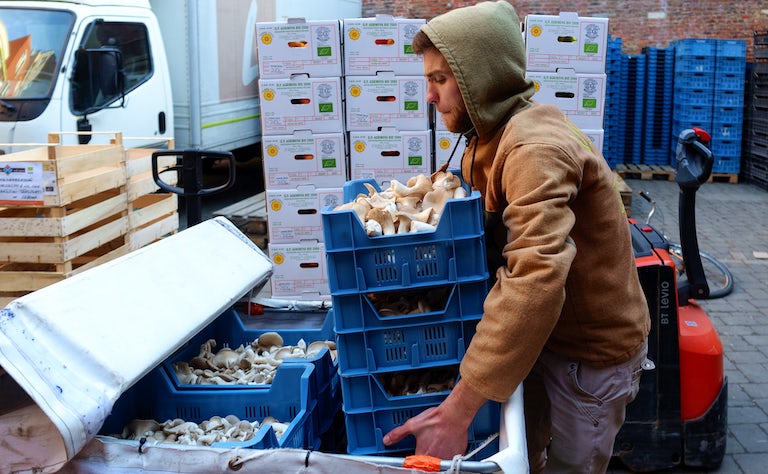 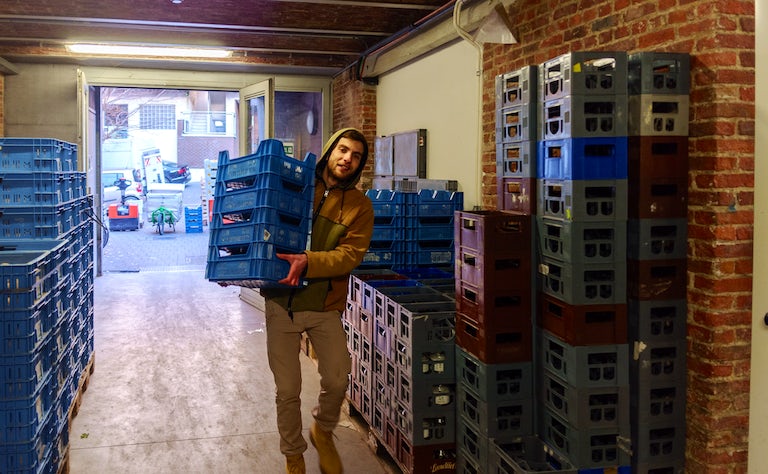 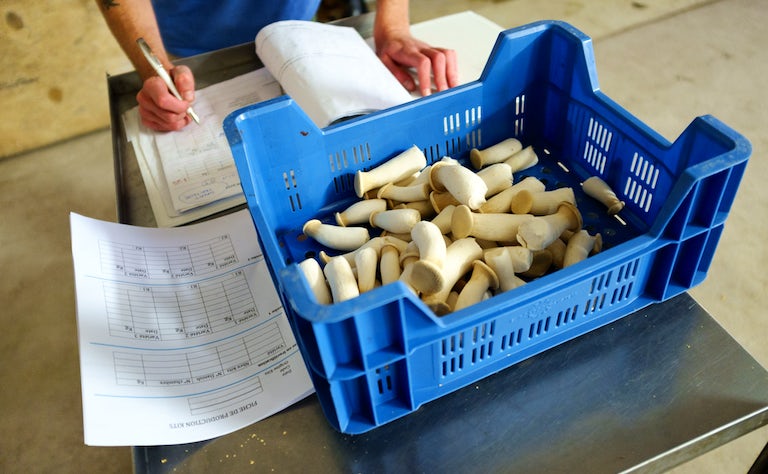 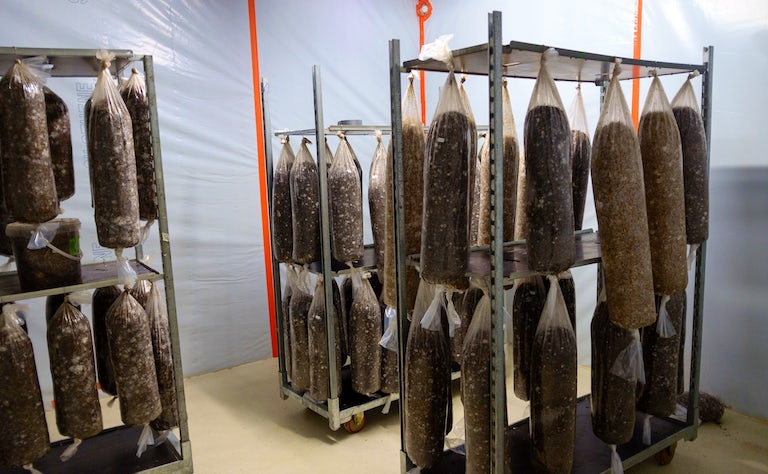 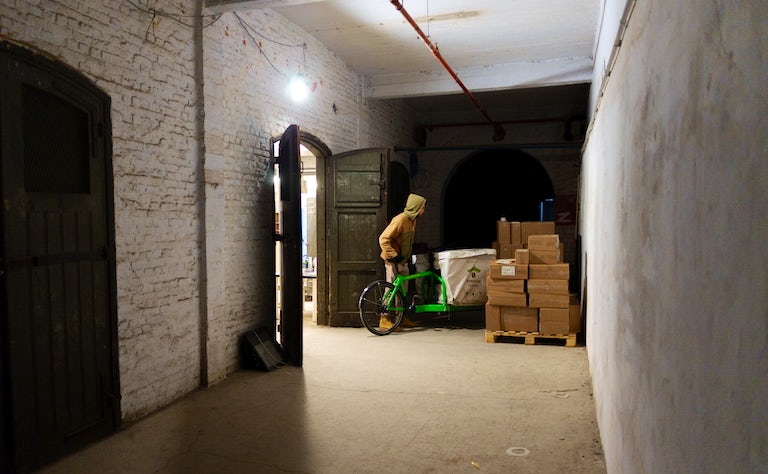 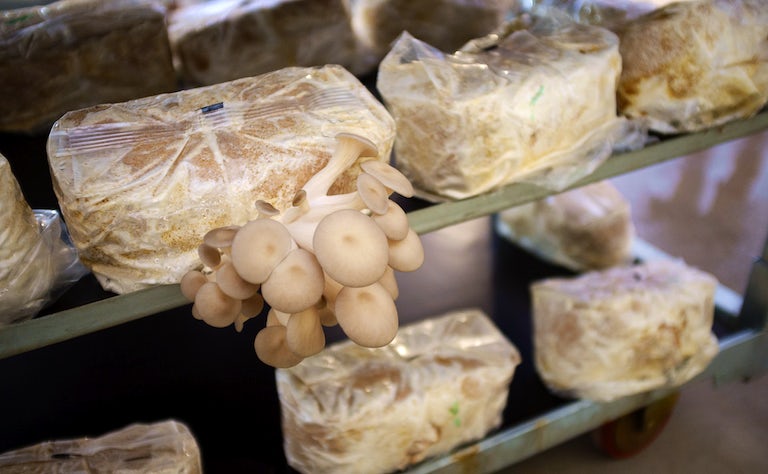 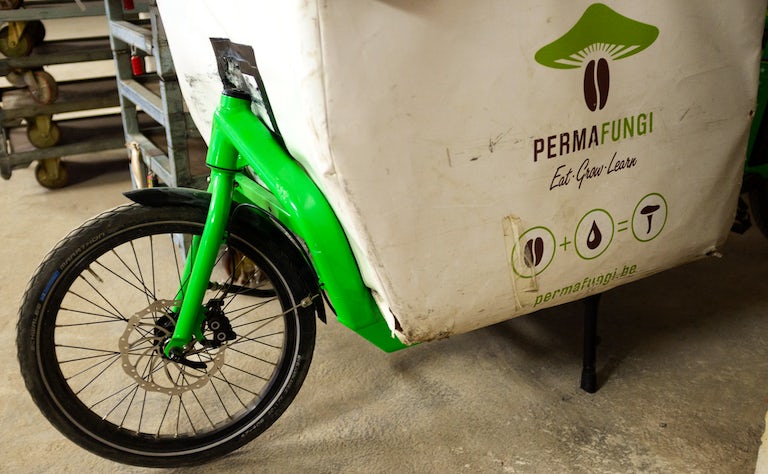 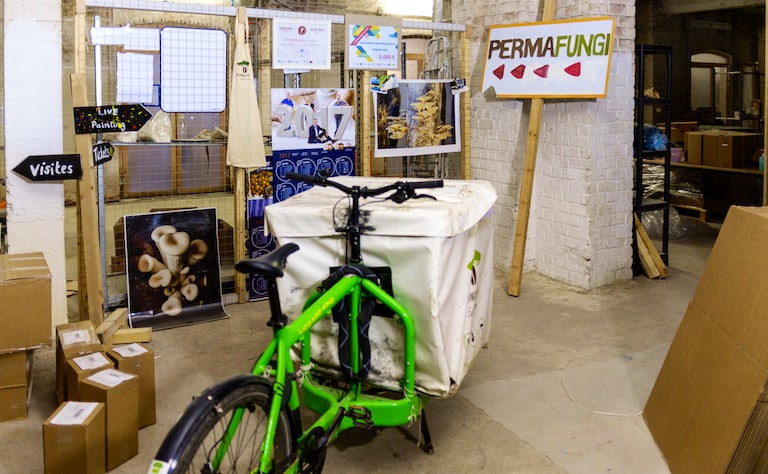 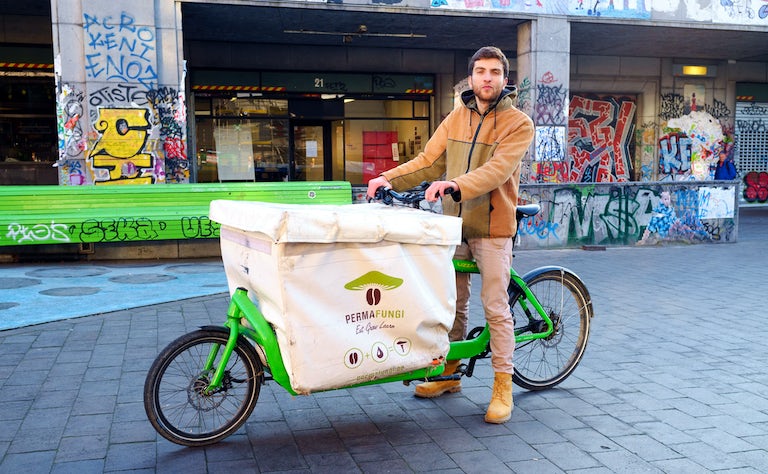