​Dioxyde, delivery by the force of the “Gambettes” !

It’s in the heart of Matonge, in Mundo B’s office, that we meet François Bellenger. François is the operational manager of Dioxyde de Gambettes, a social-minded cooperative who deals in cargo-bike deliveries.

The concept of Dioxyde de Gambettes (GO2 for intimates) dates back 10 years and was then on the back of Damien’s head. Damien is one of the founders of the company and came up with the concept of bike delivery. But it’s in 2015 that the small SME took the form of a cooperative orientated towards its workers and especially its “peddlers”. It’s this respect to employees and the will to offer them a guaranteed wage that is Dioxyde’s drive. When Dioxyde de Gambettes makes benefits, these are distributed to the deliverers.

For the rest of its operations, GO2 can rely on its five administrators who meet in general assemblies to take decisions related to the cooperative. The voting is horizontal, each person having one vote, which is no stronger or weaker than that of his neighbour. By the way, this approach of share and mutualisation gave birth to BPPS (Belgian Pedal Powered Solutions), a project of national federation of bike deliverers. François and Dioxyde went on to meet their counterparts to propose a mutualisation of costs, knowledge, investments and tools and to have more and better influence on authorities.

Daily, 3 to 5 of Dioxyde’s deliverers ride their cargo bikes throughout Brussels for various deliveries, these range from Actiris, Brussels Mobility or Brussels Environment internal shipments to shorter circuits between producers and consumers. Hopla Geiss breads, En Stoemelings beers or GASAP products are all routed daily by the force of the legs. GO2 also deals in last mile deliveries: when goods arrive by truck to the gates of the capital, they end their journey on the front of a cargo bike. And the conclusion leaves no doubt: the bike is the most efficient mean of transportation in this particular instance, and this without the deliverymen having to force the pace or defy the highway code.

At the end of the day, we meet some pedal drivers in the room where bicycles and goods are stored. The atmosphere is good-natured and the profiles as varied as François promised. Unemployed, passionate, reconverted, all of them are of course fond of cycling and pedal with ease in all weather conditions. At GO2 there is no discrimination or recruiting grid : bike culture, autonomy and a cooperative state of mind are the main skills sought.

Dioxyde de Gambettes is more than optimistic for the future: “Mentalities are changing, bike delivery is democratized and is now part of the urban landscape. More and more clients are coming to us and there is thus less people to convince”, concludes François. 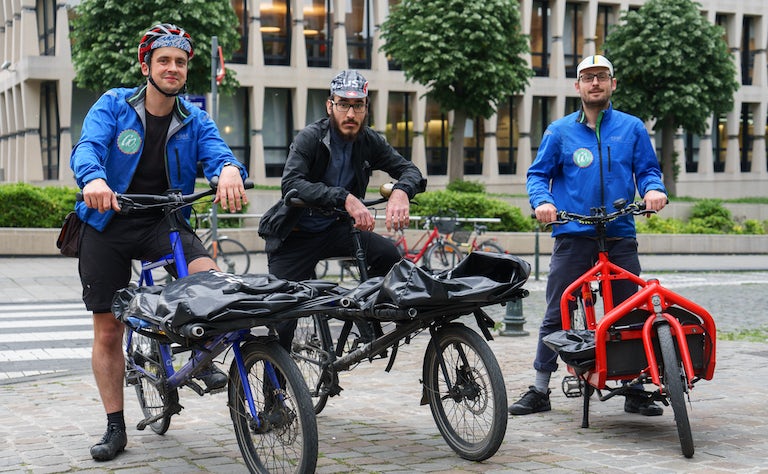 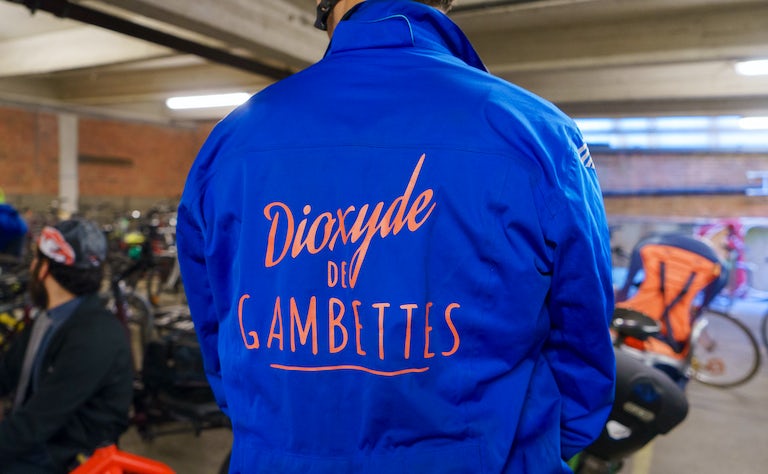 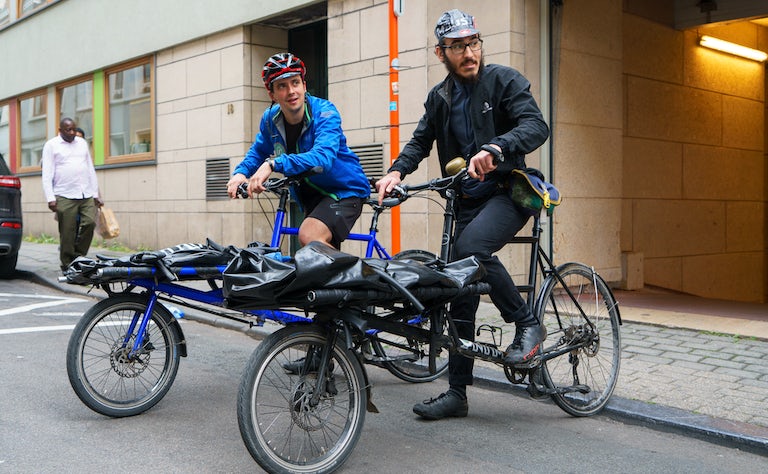 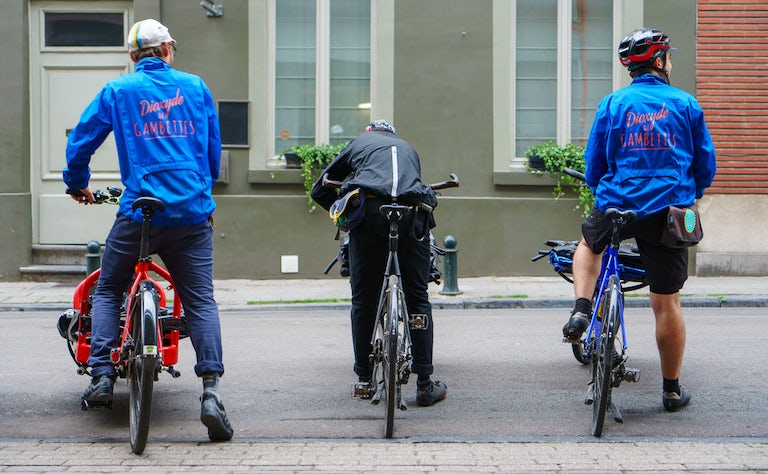 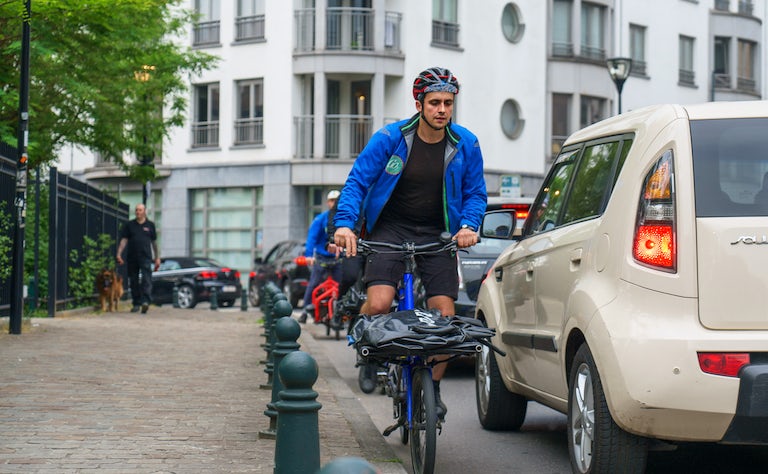 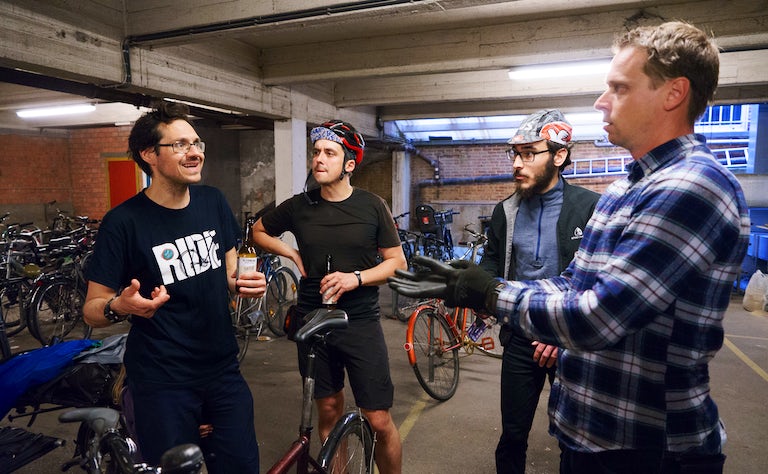 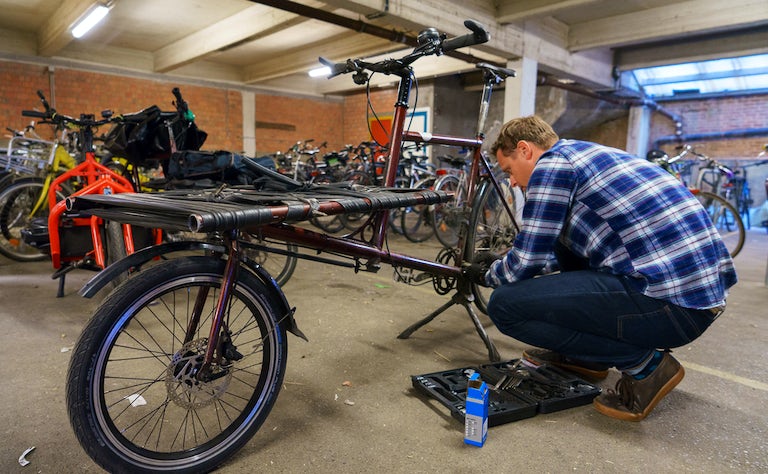 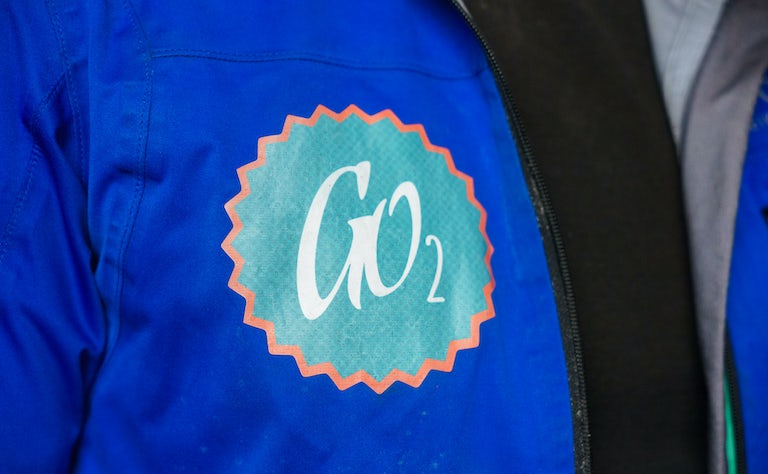 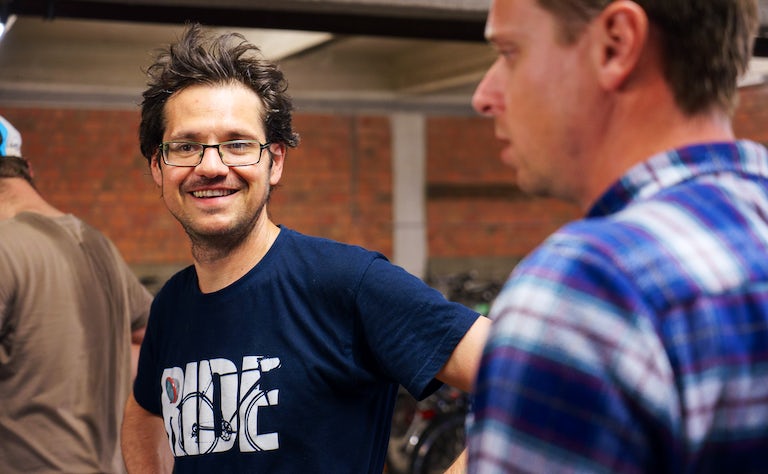 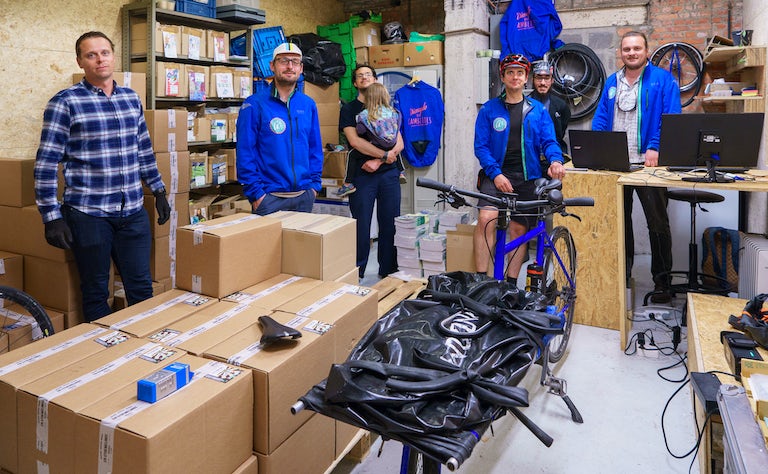 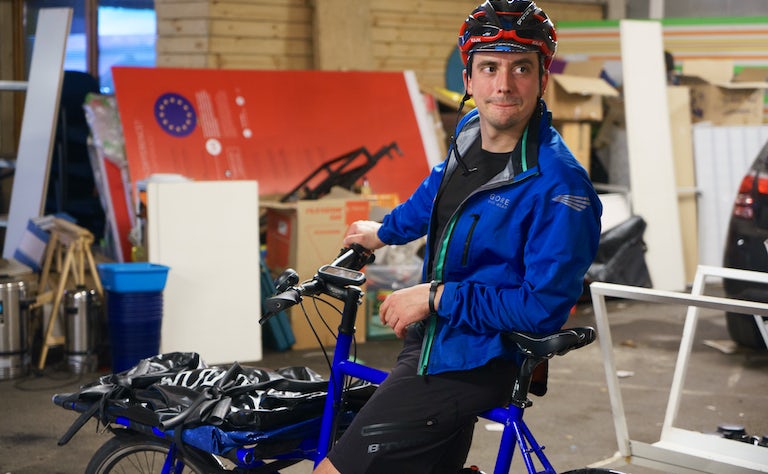 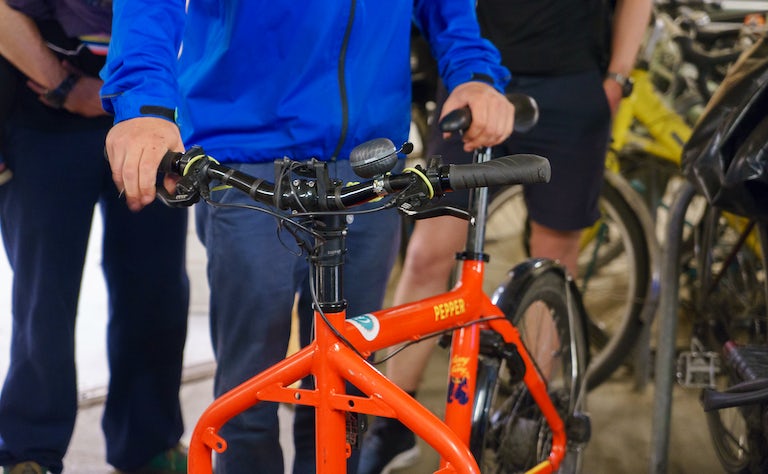 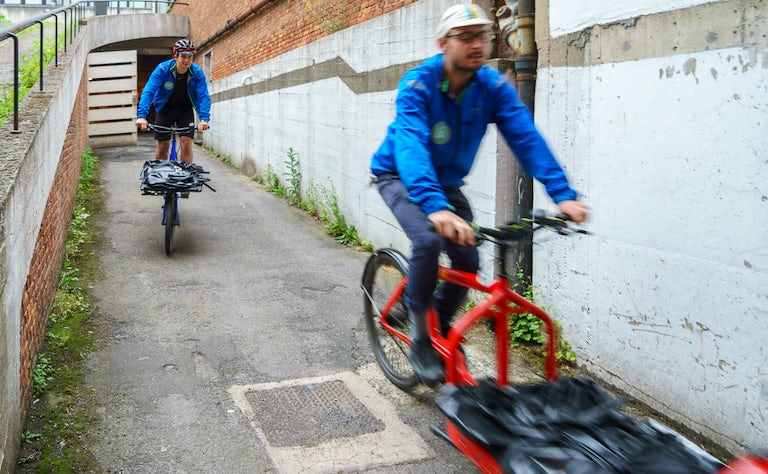