For Peter Cserba, biking is a love story which dates back to childhood. At the time, he finds in the bike a tool for exploration, for sharing and conviviality. Three essential things for Frickshaw, his very own project for ballads for elderly people on rickshaws, these old Asiatic tricycles for which he took a passionate interest 8 years ago.

Peter reflects the image of his rides and the rhythm required to ride such large bicycles: composed, curious, humble. Before conceiving his project, Peter bought his first rickshaw for 150 EUR and took part to several mass gatherings where he sets music, enjoys himself and finds that “eventually, everything is better with a rickshaw”. He then acquired a handful of new bikes with which he experiments: “It’s an ideal platform to stimulate creativity”. Karaoke on bike, photos on bike and finally, this idea to propose rides to residents of nursing homes.

It’s at the Ursulines and in another rest home in Evere that he weekly, from April to end of summer days, proposes rides to elderly people. “I targeted elderlies because the bike is a souvenir machine and I wanted to create new souvenirs for people who already had many and who perhaps are thinking that they could not have new ones”. With every ride and year going by, bonds with residents are being forged. Peter sees them evolve and really learns to know them. “The rickshaw creates an even stronger interaction with people, it gives a chance to share time with people who live in Brussels for so long, sometimes for more than 60 years”.

On the day we join Peter on one of his ballads, the sky is unsure and rain is not far away. But Charles, for whom it’s a first ride on a rickshaw, doesn’t run away from it. He puts his hat on and takes place aboard “Bandito”, an Indonesian tricycle colorfully decorated. We leisurely move up towards Rue Blaes which we take all the way to Place du Jeu de Balle where rain begins to fall. Peter then redirects us to a small pub on Rue Haute where everyone sits in the dry and around cups of coffee. Peter engages the conversation and Charles tells him his life as a plumber: “The best job in the world”, and his Hungarian origins. Peter is also Hungarian: a passionate conversation, in their native language, then takes place between the two men. Only they will know about the subject.

The sky clears after one hour and it is time to head back to the Ursulines for Peter and Charles. “I always try to hit for a pub when it rains” concludes Peter. “The aim is to create souvenirs. It costs nothing to me, I do not make special efforts, I'm glad and enjoyed myself in doing something good”.

Peter manages his Frickshaw company on his own but his bikes are scattered all around Brussels and that enables him to render them easily available for events or other companies, in order to continue to be souvenir machines. 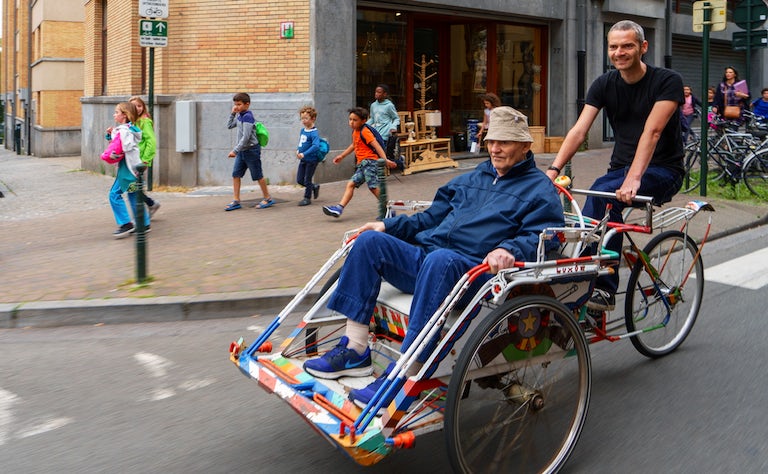 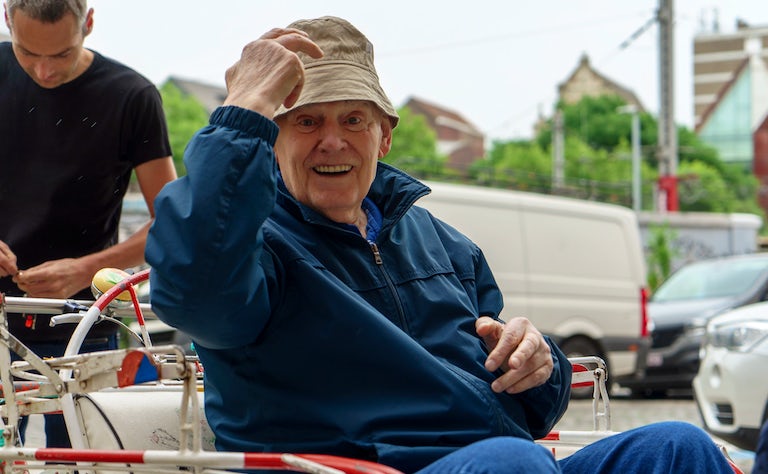 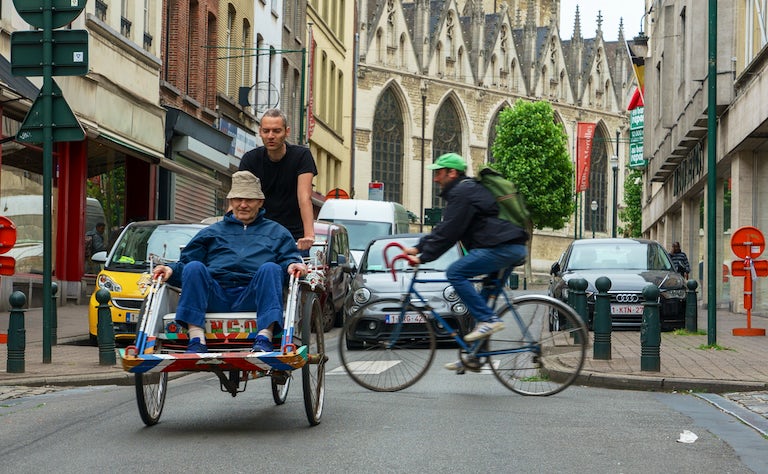 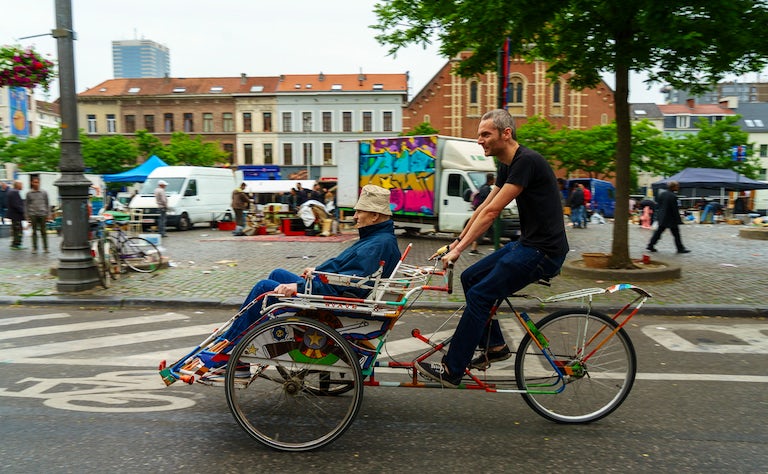 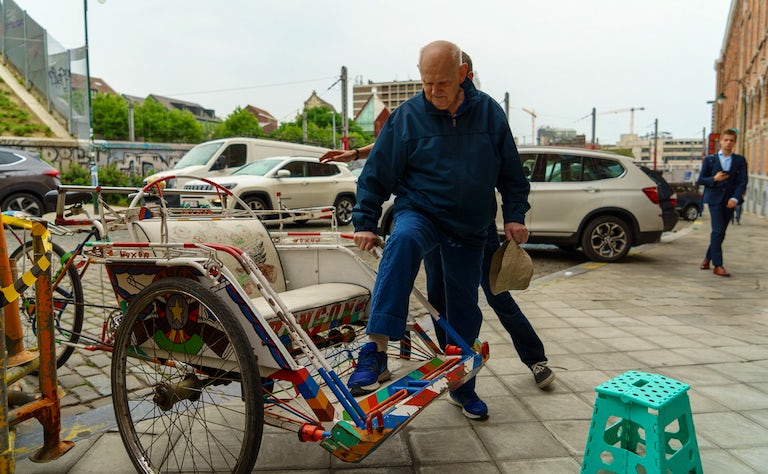 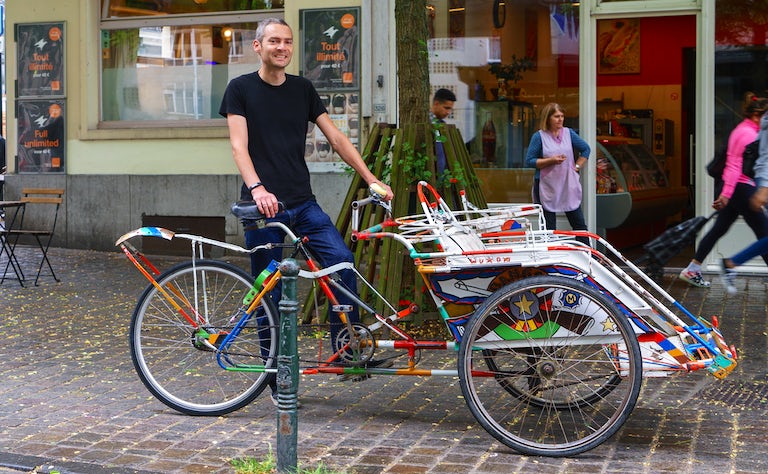 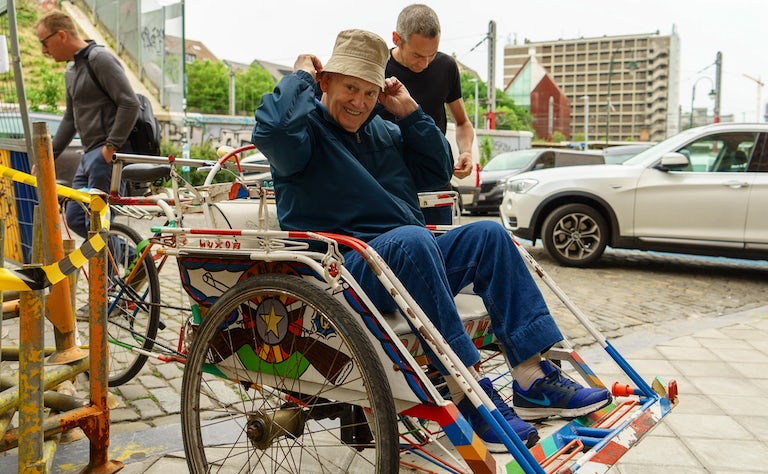 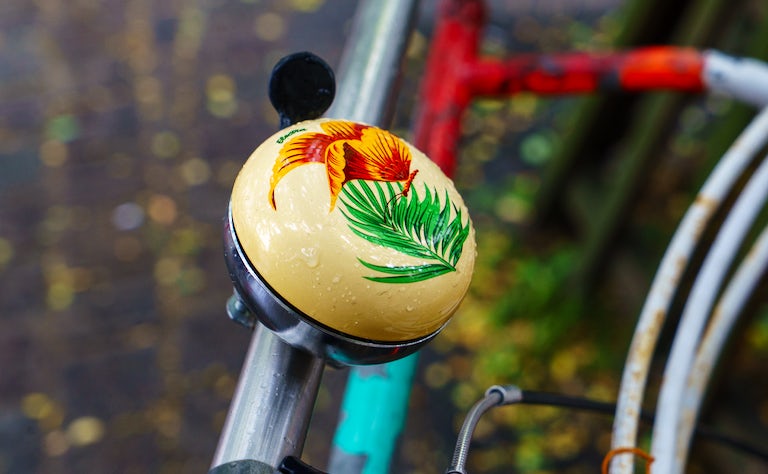 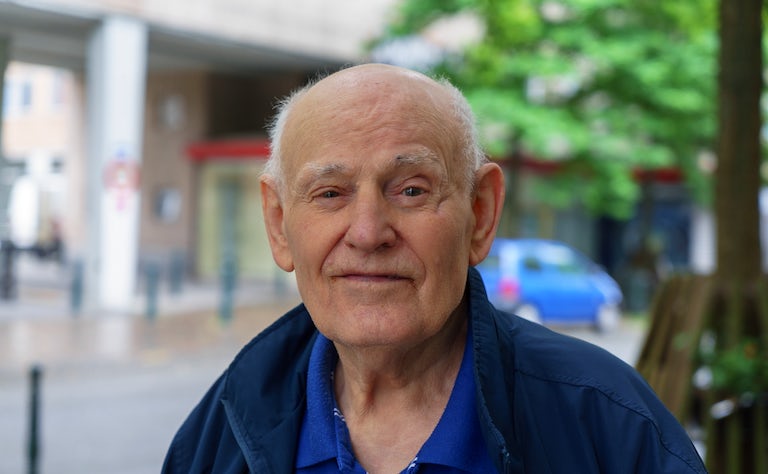 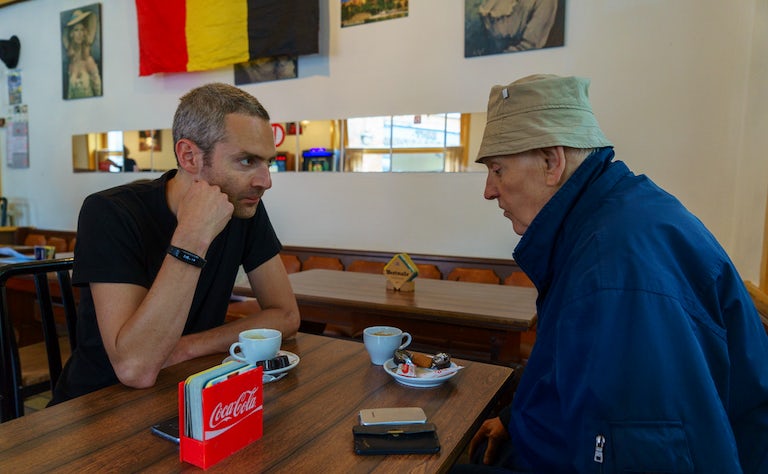