The Bel RTL radio journalist, Sébastien de Bock, turns into a cyclist when he is reporting in Brussels. Since the month of May the private station has provided its journalists with three bicycles to travel through town. ‘When the nice weather arrives you have to fight to get one,’ Sebastien notes. ‘But I ride even in the winter. And it has changed the way I do my work.’

Whenever he needs to move through the capital to interview someone or cover an event, Sébastien reserves the radio’s electric bike. ‘It gathered dust in the garage for years and no one used it. Peugeot had given it to us along with an electric car.’

The father of two children, last winter he purchased a cargo bike to replace the family car. He uses it for his home-nursery school-work trips. ‘As for me, I breathe much better now and even for the children it’s better because we ride through the Woluwe Park. It’s so pleasant in the morning.’

Convinced by this mobility mode in his private life, he decided to get the electric bicycle out of the RTL garage. After that the firm invested in two cargo bikes, tailormade for use by the television journalists and camera crew. ‘We save both time and money.’

‘The time spent driving was always so stressful, but thanks to bicycles, these moments are now so cool.’

This morning Sébastien needs to visit the morning wholesale market to speak with the director. His equipment is in a shoulder bag. Sometimes when he has to be on direct radio he takes one of the cargo bikes to carry a heavier backpack. ‘That happened for example, when there was the attack at the Brussels Central Station.’ The journalist was thus able to be part of the news broadcast from a distance.

With a bike, this Kraainem native feels he can manage his time better during his on-site reporting. ‘I was reporting on the success of umbrella sales this summer. I had to meet with the Belgian manufacturer in Koekelberg. If I had driven I wouldn’t have had the time to go anywhere else. But on bicycle I was able to ride down to speak with the salespersons at the rue du Midi/Zuidstraat  and the Galeries du Centre. I was able to do three interviews in record time.’

In his profession every minute counts for he has to get the sound ready before the breaking news. As a colleague from the camera crew explains ‘The time spent driving was always so stressful, but thanks to bicycles, these moments are now so cool.’

This means of transport also makes it easier to be in touch with people on reporting sites. ‘It’s the best way to break the ice and get people talking,” Sébastien concludes. 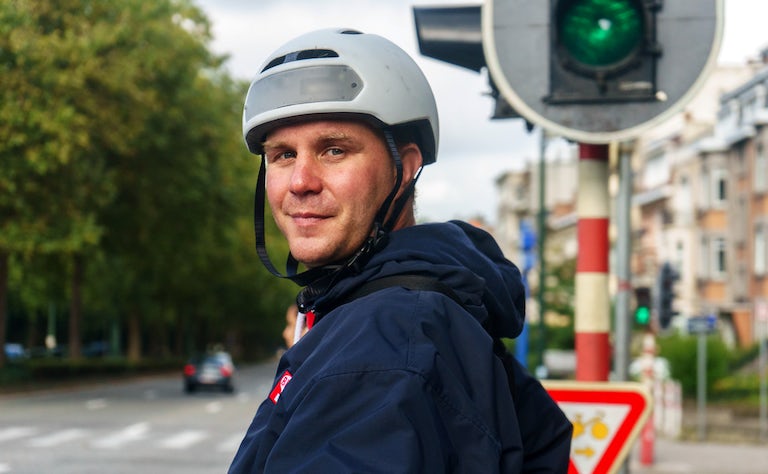 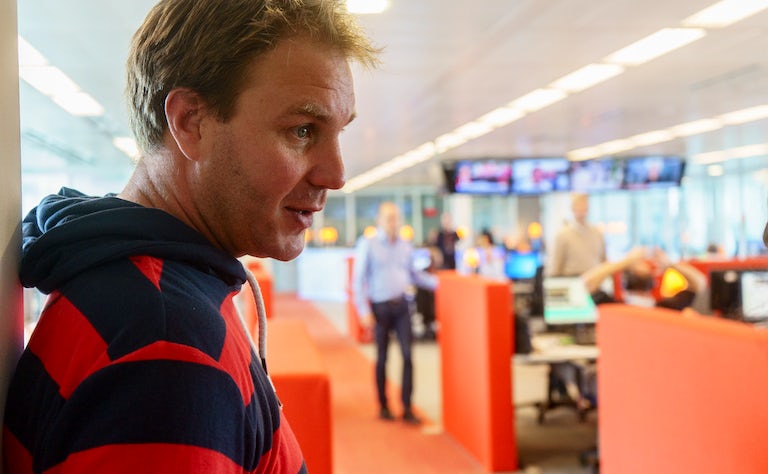 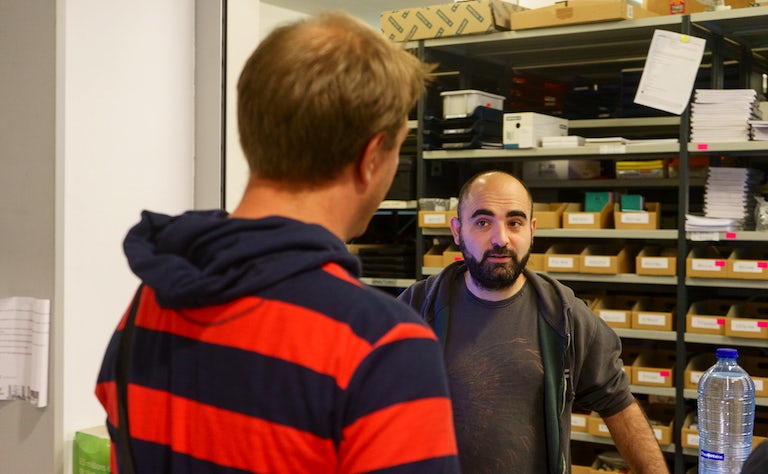 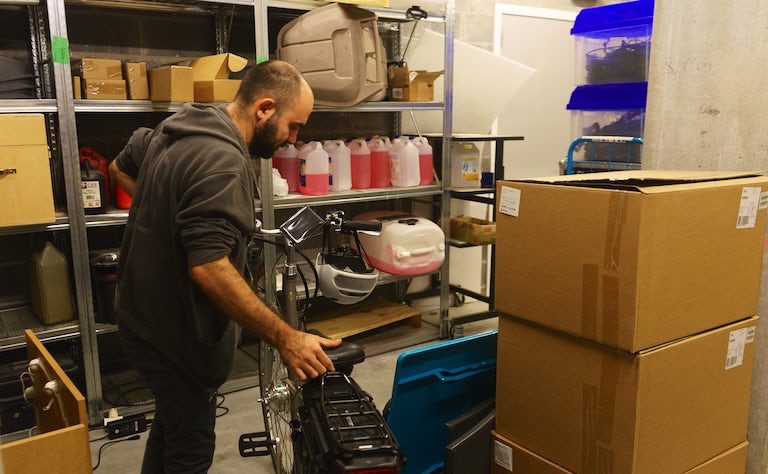 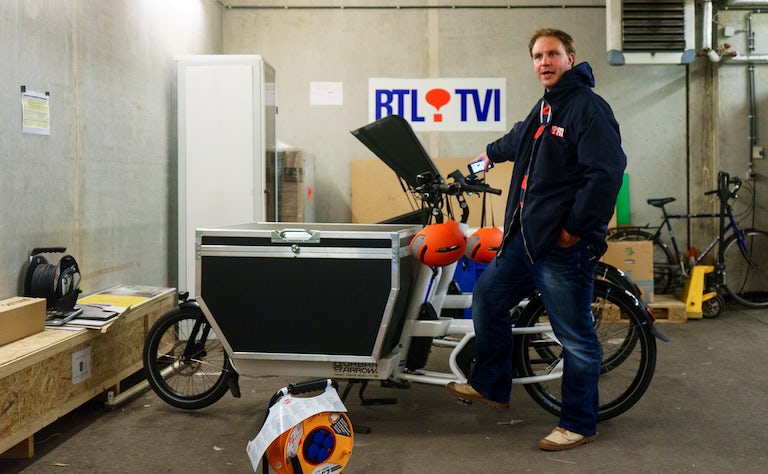 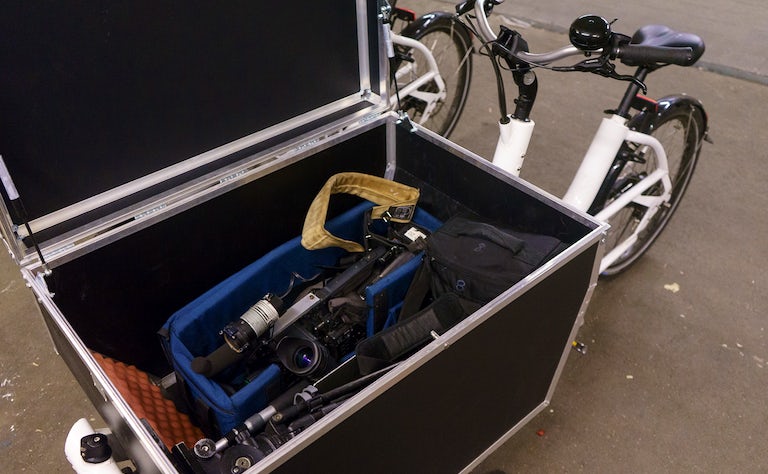 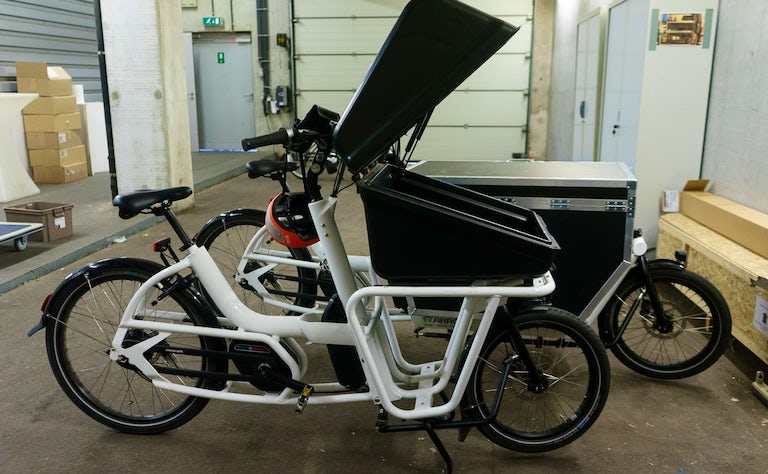 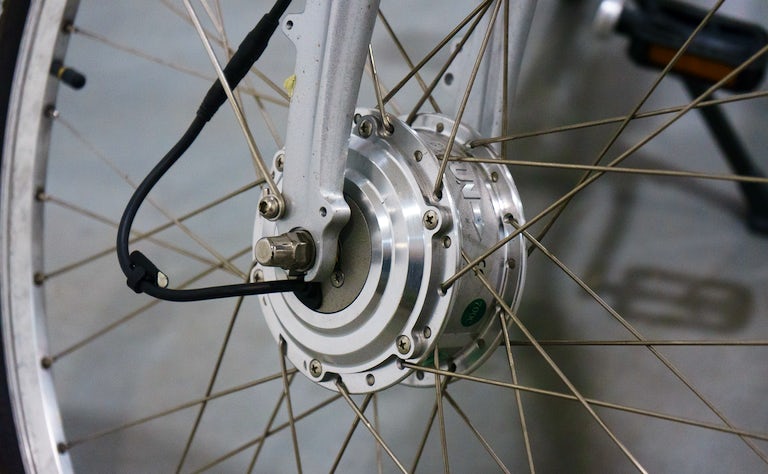 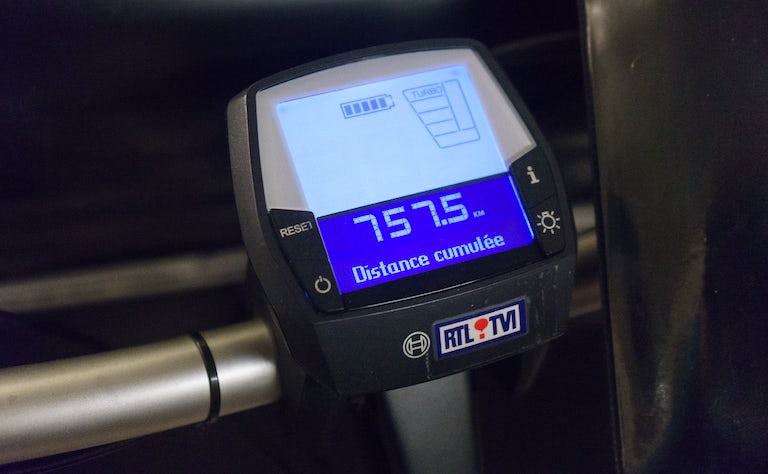 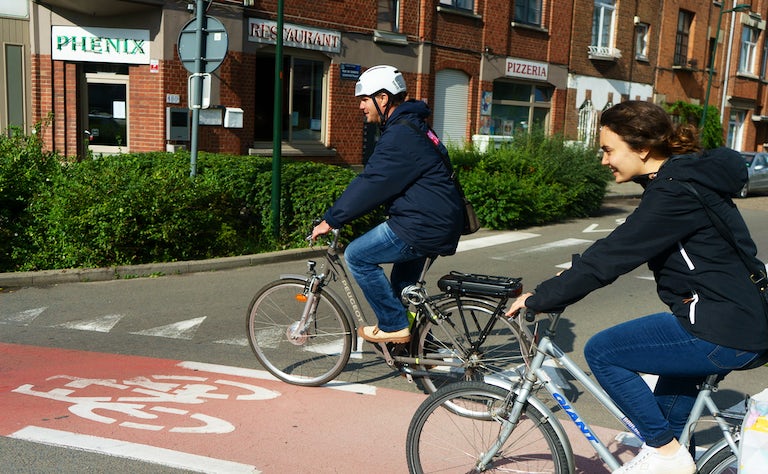 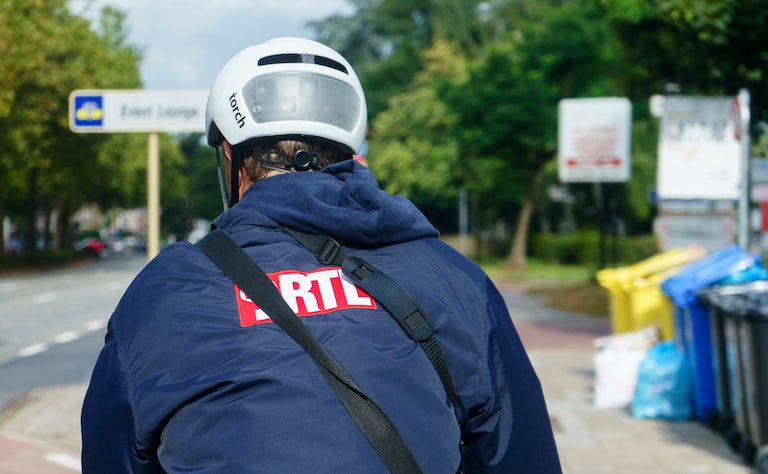