Mother and daughter along the waterway

Canals are often seen as a de facto border between neighbourhoods ‘on one side’ or ‘the other’ of a waterway. For Vanessa, however it is what links her to different parts of Brussels. Both her private and professional life seem to flow along the canal. She lives near the Ninove Port and at one time worked in Molenbeek before taking a job with the municipality of Forest.

From here to there, this is her path, her way. It is ideal for cycling as it is flat and separated from traffic. Thanks to the canal she was able to ride to work throughout her pregnancy until the very end. She loved her bike before she became pregnant and the joyful event was not going to change her habits. After a few months all she needed was to leave her men’s racer bike at home and adapt the handlebars of her other bike – also a racer but with a slanted tube – so she would not have to bend so much.

‘It was more comfortable for me than taking public transportation. In that case I would have had to walk to the bus stop and wait for the tram,’ she explains. And ‘until the very end’ is not just an empty phrase: she pedalled to work on Friday and went into the hospital on Monday where her daughter was born the next day.

‘She watches as we ride along and I point out things’

The birth of her daughter kept her off her wheels for a few months. But one thing was sure: her faithful little racer would not be out of commission for long. As soon as Joy was able to sit Vanessa installed a front-mounted baby seat on her bike. ‘I like having her there in front of me, that way I can see her and talk to her. She watches as we ride along and I point out things,’ Vanessa remarks.

For three months now, the young lady is thus discovering with her own eyes this canal and the wheels that rocked her those 9 months before her birth. Ensconced in her little seat, Joy grips her own handlebar. With her dummy in her mouth and sunglasses on her nose to protect from the light or wind, the little girl makes quite a sensation. During our photo session, one man stopped to take his own snapshot on his smartphone. ‘That happens a lot,’ Vanessa smiles.

In addition to the child seat, Vanessa also made another change to her bike. She has installed 2 bags on either side of her bike rack. They contain all the equipment her daughter’s needs – helmet, sweater, jacket, and there is also room for groceries. She uses her bike for the trip from home to the nursery school, located near the canal – but we’ll come back to that. She also rides along the canal on her way to work in Forest. Sometimes Vanessa uses her old racer bike for the trip, once again to take advantage of its fluidity and rapidity. ‘With the bike, I know I can count on my timing,’ Vanessa points out. ‘I know I’ll reach the nursery school in time, whereas with the tram if I miss a correspondence it’s not so sure.’

‘That was five years ago, and it changed everything’

When she is with her daughter she always puts a baby carrier in her bike bags. ‘I synchronise my trips with naptimes to make sure Joy is always awake on the bike,’ Vanessa notes. Once they reach their destination the little girl can sleep in the carrier while Vanessa visits a museum, goes shopping or another activity.

When she arrived in Brussels ten years ago, Vanessa used her car and public transport. Then she turned to bike sharing although it was a long ride from her home in Etterbeek to her job in Forest/Vorst. So she bought herself a racer bike. ‘That was five years ago and it changed everything,’ Vanessa recalls. These days she and her partner are thinking about selling their car which they hardly ever use. ‘It’s important for the future of Brussels to make more room for bicycles and public transport. People don’t want to give up their car because they say public transport isn’t reliable, but that’s just a circular argument,’ she feels. ‘As for me, I want my girl to get used to bicycles as early as possible.’ 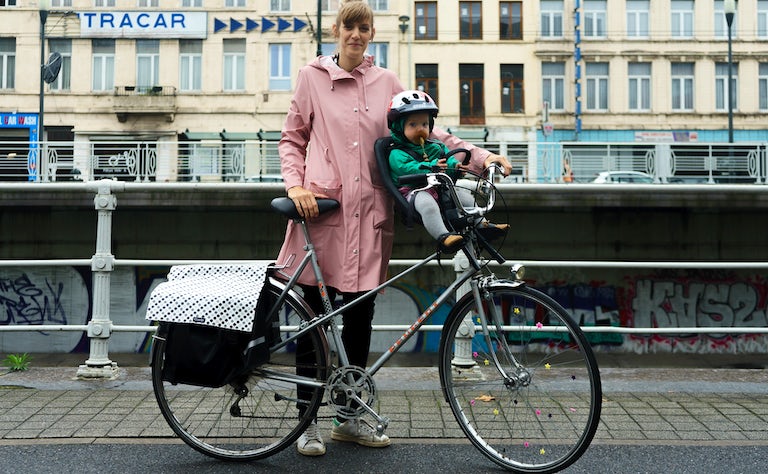 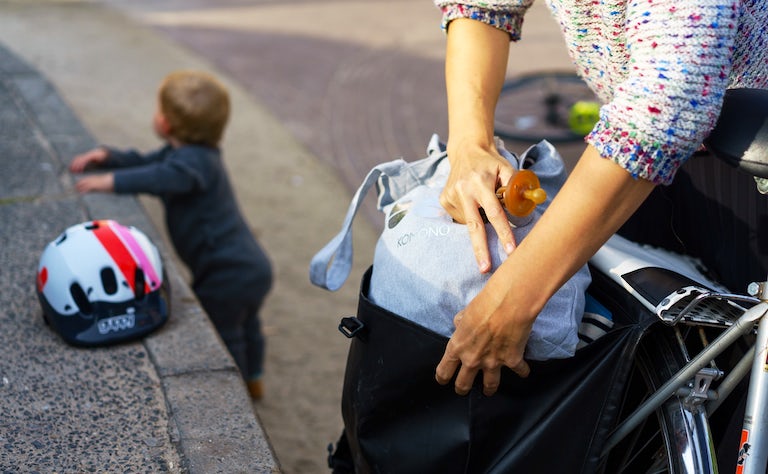 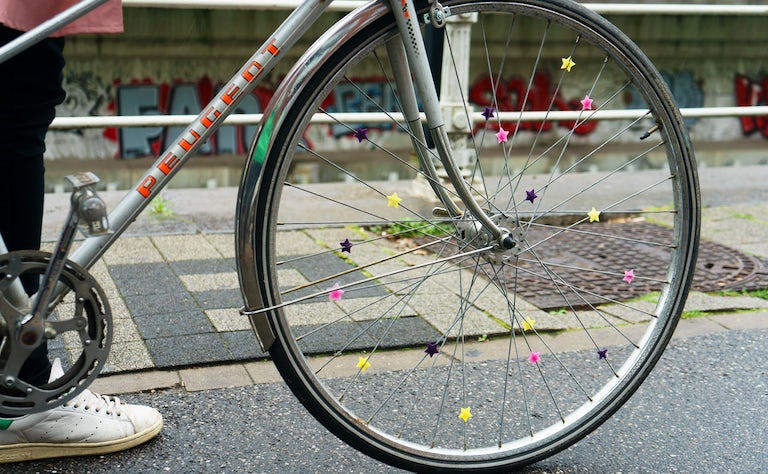 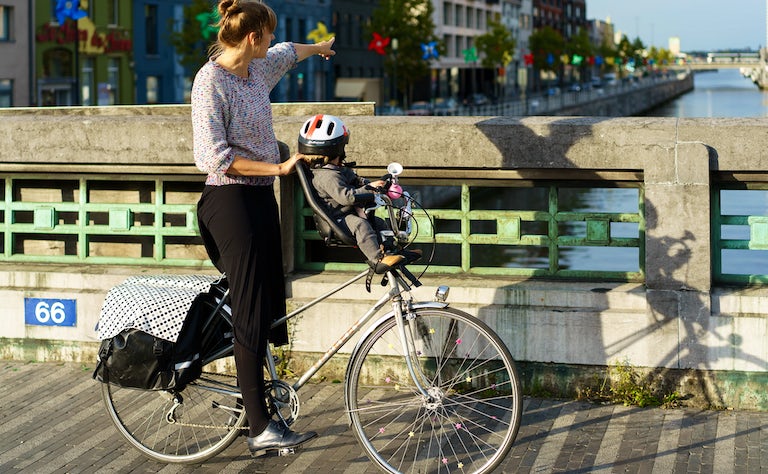 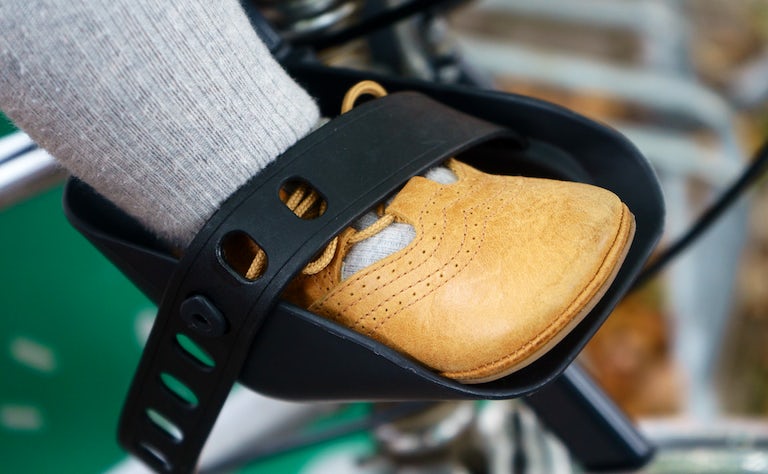 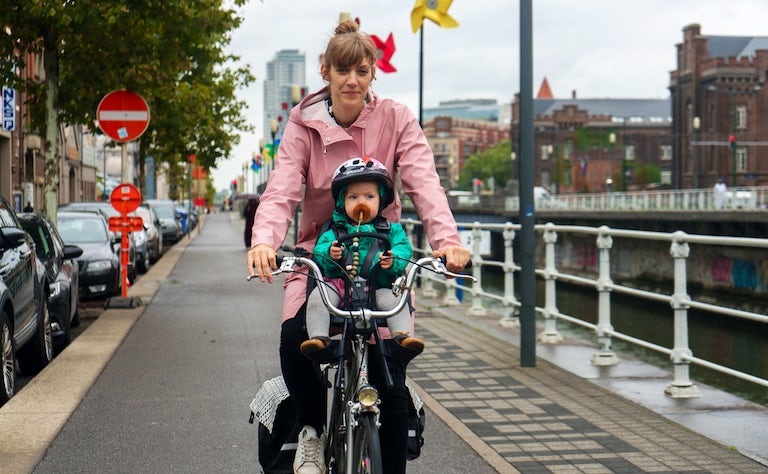 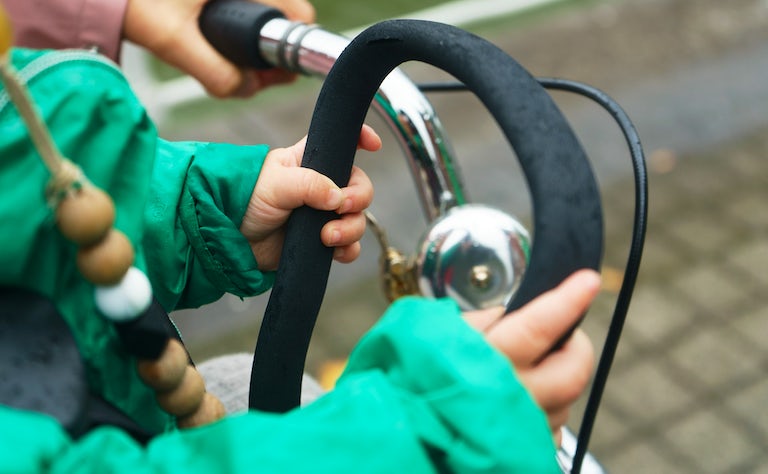 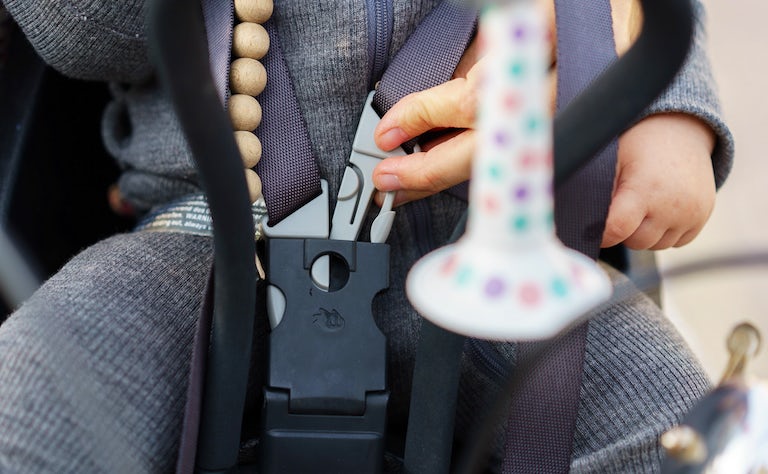 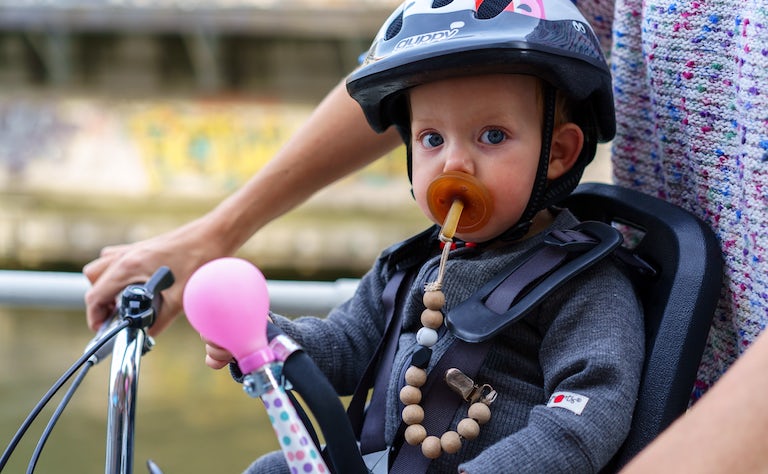 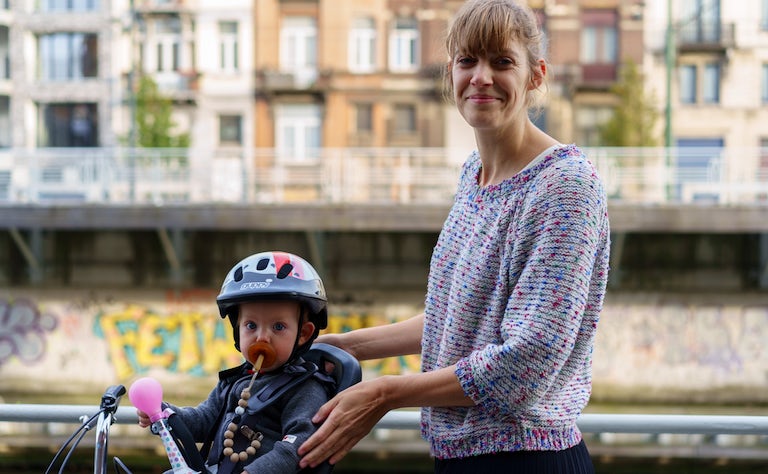 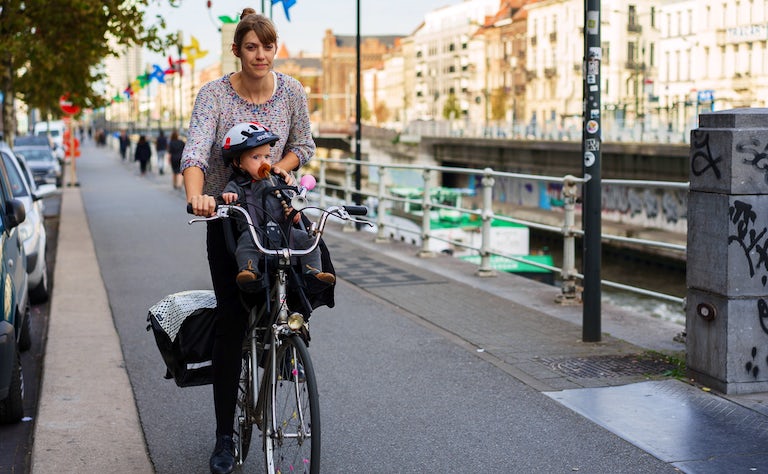