It is already warm this early May, behind Place Collignon in Schaerbeek. Perrine welcomes us to her home where she lives with Narciso. He is busy tinkering in the backyard. They are the promoters of Cycad, a company established in July 2016, which proposes a long-term electric or traditional bike renting service. Their feature? These are bamboo bikes, totally fabricated by Narciso and a part-time worker.

Narciso originates from the Philippines where he learned to build frames. An activity in which he performed for himself and for friends in Brussels before launching Cycad, together with Perrine. For a long time, he had been a bicycle messenger on a race bike of his own making, and he also built old-style bikes. Then, he went on to follow a bike mechanics course at the EFP school and now puts his knowledge into practice with Cycad.

The driving idea behind Narciso’s and Perrine’s project was to force people to bike around Brussels. They went on to set up a product and service as close as possible to their users.

Compact, the geometry of the bicycles is inspired by Omnium cargo bicycles, with a smaller wheel at the front which makes the machine more manageable in the city and which leaves a space for a larger capacity basket. The bike is also equipped with wide tires for more comfort and to avoid accidents with tram rails. Bamboo is used for its ecological virtues as well as its low cost and its structural properties. Bamboo chunks come from bamboo groves in the Philippines or from the Poitou-Charentes region in France but also from private gardens. It must then be dried and tubes are extracted from it, which will then be cut and assembled using carbon or aluminium connectors (fabricated in Eupen) and bonded together with epoxy resin. During drying, Narciso fixes the wheels and can then proceed with sanding the frame and assembling the bike.

In all, the building of such a bike can take 2 to 3 days, but time is also needed between each step of fabrication. Weather conditions can also impact the drying process for instance. It’s easier in summer. In winter, this can take up to 3 weeks.

When they leave the workshop, the Cycad bikes weigh about 15kgs. They are equipped with speeds integrated to the hub and can host a removable electric motor. About ten of these bikes are hired in Brussels, at a declining price according to mileage done. Perrine and Narciso then pamper their users : provision of a padlock, customer service, electrical assistance, repair or removal of the bike at home within a few hours… They wish to remain as close as possible to their clients to continually improve their bikes and their service.

When Cycad is asked whether they are thinking about marketing their bikes, they first mention the necessity of a closer follow-up and service, which would perfectly convince and satisfy users in contrast to a permanent purchase. Finally, the problem would be upgrading the bike to standards. The company is in contact with laboratories in Ghent and in Germany to obtain certifications, but prefers keeping an eye and hand on its fleet to ever improve on their product. 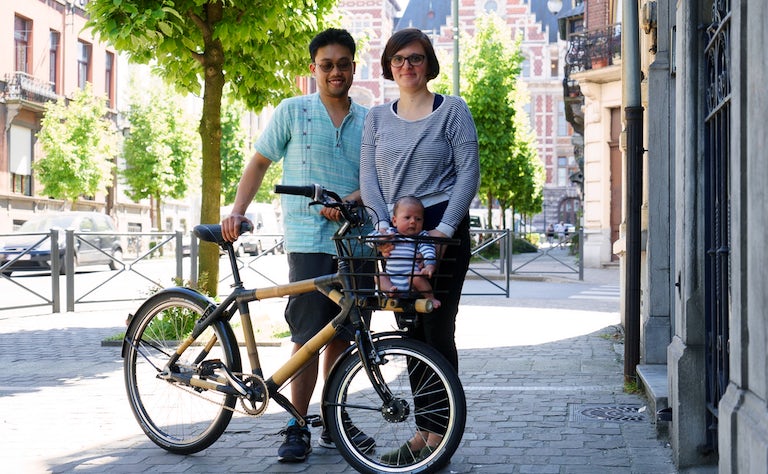 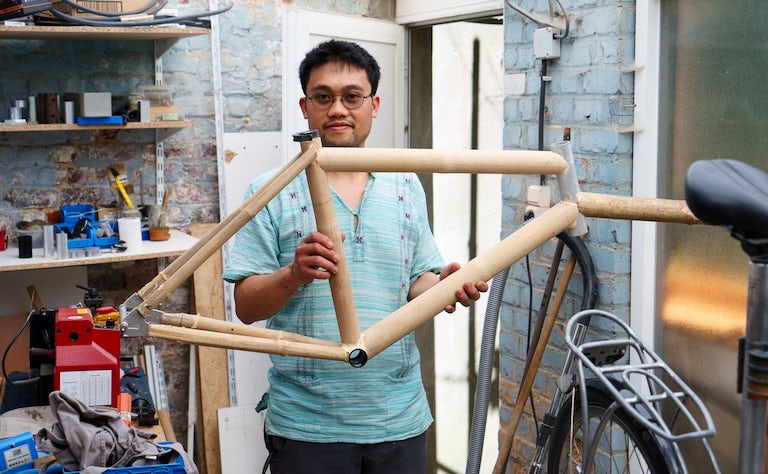 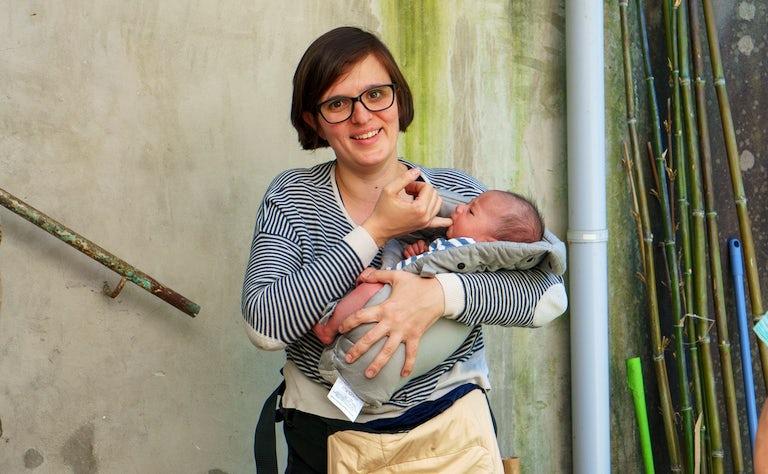 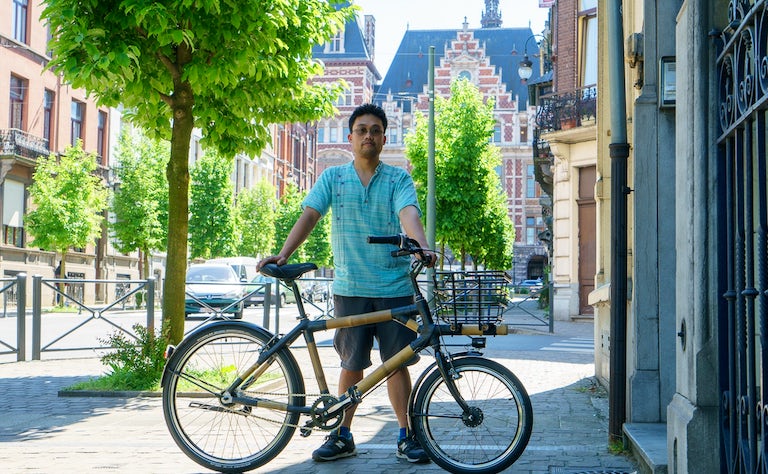 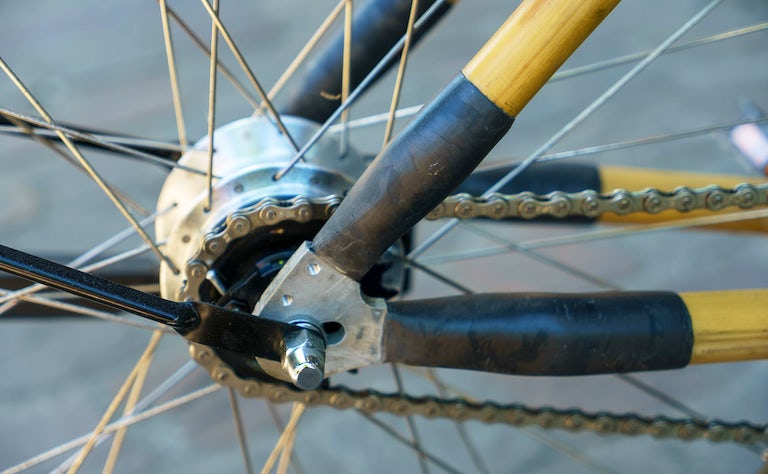 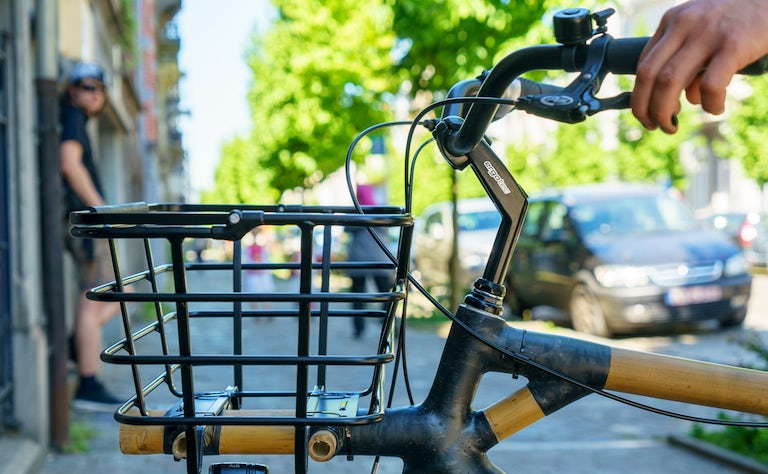 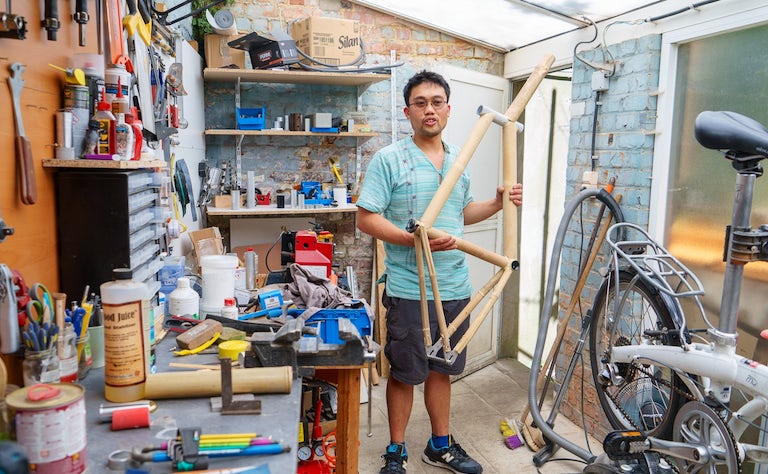 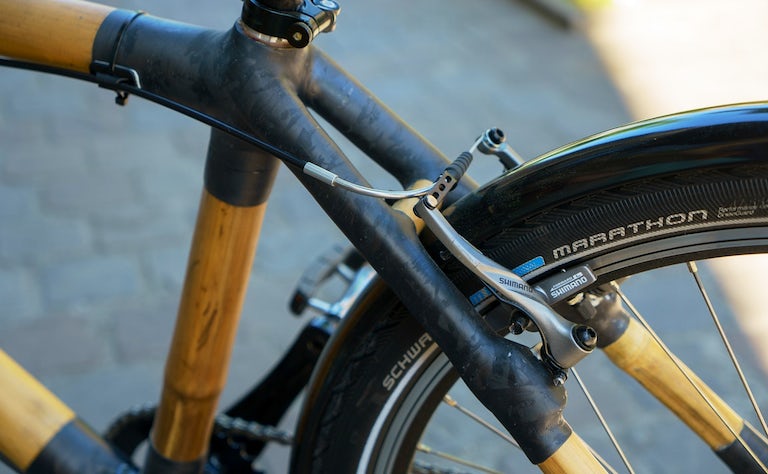 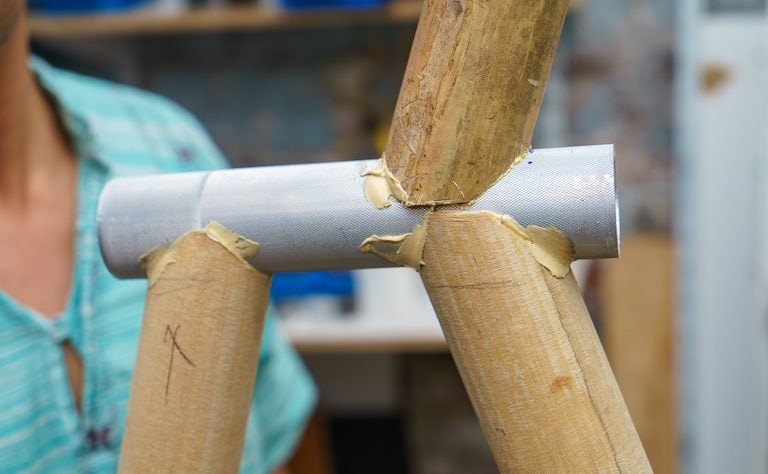 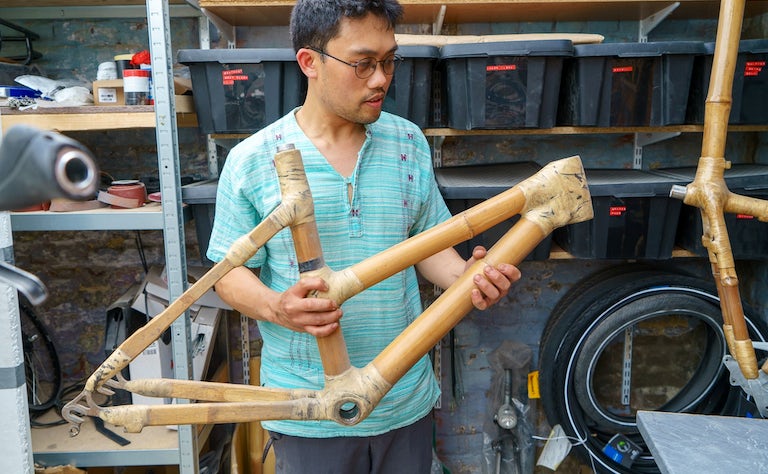 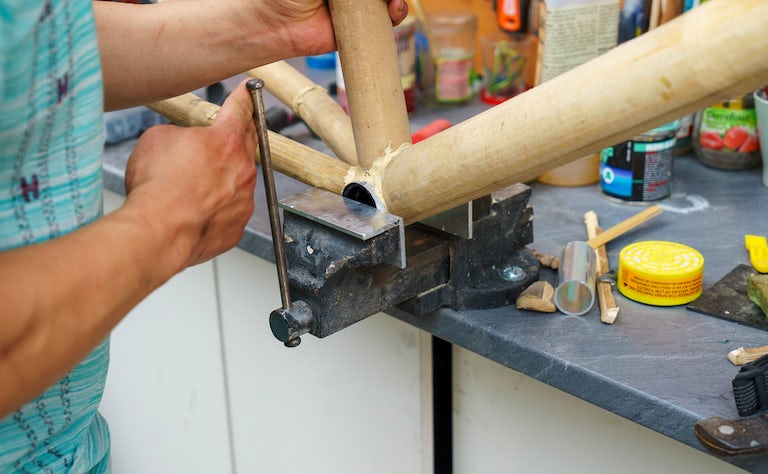 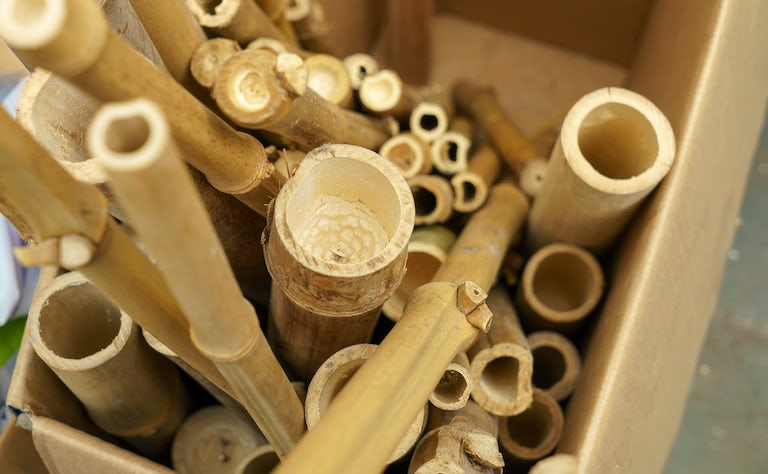