Eight women are meeting this Friday morning in the Elisabeth park at the foot of the basilica of Koekelberg. Five of them are there to take their first steps … by bike. The other three to guide them.

“My 10-year-old daughter is good at riding a bike; she learned at school. She tried to explain it to me but I fell and I told her to take her bike back,” explains Djenabou.

This young woman has three children she is bringing up alone. They all know how to ride a bike except the youngest who is only three years old. “I don’t want them to cycle on their own on the road so we go through the Royal Park. But I can only watch them,” she laments. Djenabou is therefore enrolled in these courses given by Vaartkapoen, a community centre of the VGC (Vlaamse Gemeenschapscommissie - Flemish Community Commission).

Léa, an employee at Vaartkapoen, is accompanied by two volunteers: Danielle and Tulya. Over six three-hour sessions, they will help the five participants to learn to ride a bike. “This is the third edition. Generally, the women can ride within one or two sessions. Then, we teach them to turn, to cycle in small spaces, to look behind them or to let go of one hand. Finally, we go into the traffic to learn how to go around a roundabout, to keep their distance from cars, …,” explains Léa.

Above all, Djenabou wants to lean to be able to go on family outings. “But when I know how to cycle well, I can also accompany my children to school by bike. It is faster than the bus,” she remarks. Djenabou does not have a car but emphasises that the bike “is more economical. You do not have to put fuel in it nor find a parking space.”

After two hours of practice, that’s it, her feet leave the ground. She is riding! Gaining in confidence, she spends the rest of the morning doing laps in the park (yes, bends included).

Maria, started to learn 8 years ago but had forgotten everything. “Today, I was afraid, but it worked,” she smiles, her cheeks pink from the wind.

Inna had also already learned, but that was 15 years ago. Verdict of the first lesson? “It takes courage to start but it’s great. I love riding the bike every day. It may be a little more complicated in Brussels because there are lots of cars,” she worries. And yet, by the end of the lesson, she didn’t hesitate to follow Danielle out into the traffic to the Vaartkapoen head office, even though the plan had been to make this journey on foot, pushing the bike.

On the pavement, the others are having an animated conversation, even though they had only met three hours ago. “The bike has brought us together,” says one of them laughing.

That smile on the faces of the women at the end of the lesson is beautiful. It reflects a childlike enjoyment and the pride of having learned something. “I am proud of myself,” Hanan confirms, “It was the first lesson where I was able to ride a little. I recently sold my car because I was fed up of all the traffic jams and having to find somewhere to park. So my first purchases will be a bike. For leisure at first but the goal is then to do all my trips by bike.”

The smile, seems ubiquitous on Danielle’s face, who has taught cycling (so to speak) as a volunteer for years. What she likes best is “that moment when the women start to find their balance. They often fall just after because they are so happy.” Léa, she loves “to hear that women do family outings after having done the course.”

That is the case of a former participant. She had arrived saying she had tried to ride many times but was unable to learn. “It is true that it was difficult but she finally managed to ride. Her husband and she were so happy they baked us some biscuits. And then, one day, they sent me a photo by email: we saw them both cycling along the coast together. That’s why she wanted to learn: to be able to cycle by the sea with her husband,” Danielle says smiling. 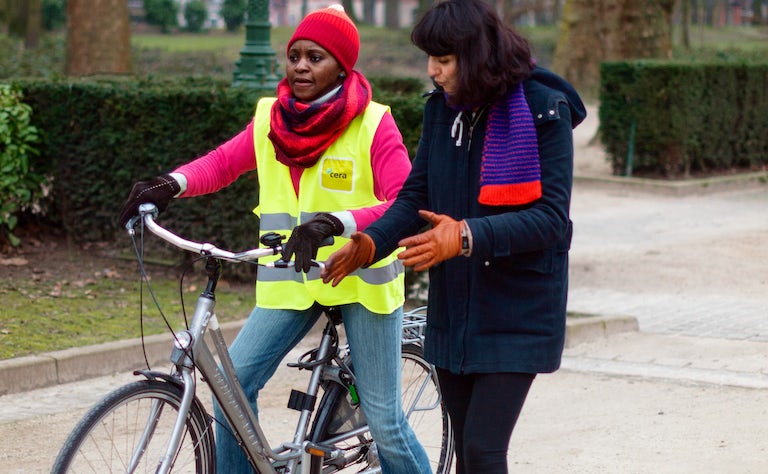 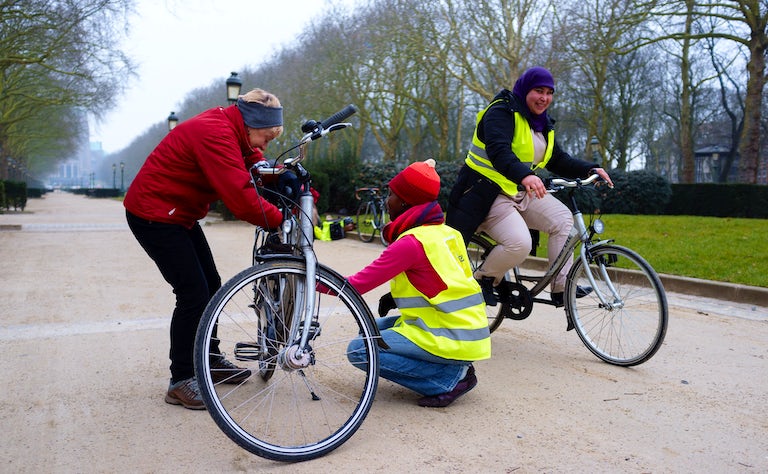 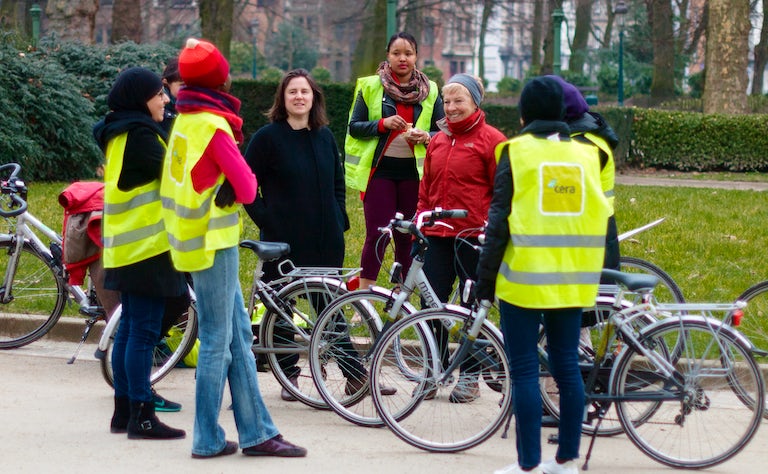 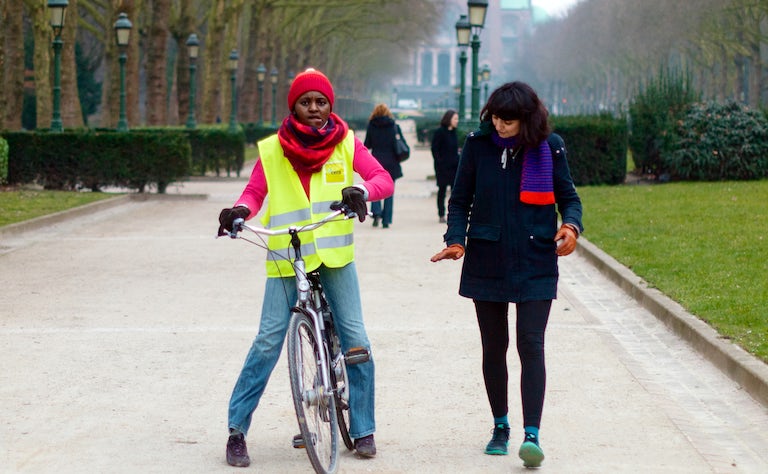 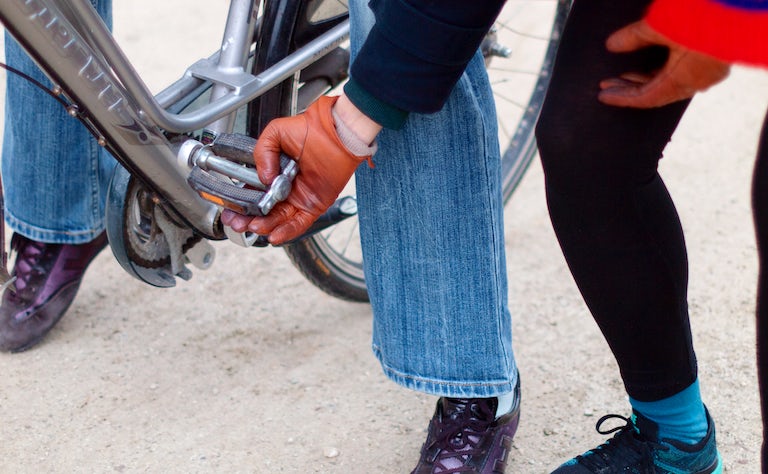 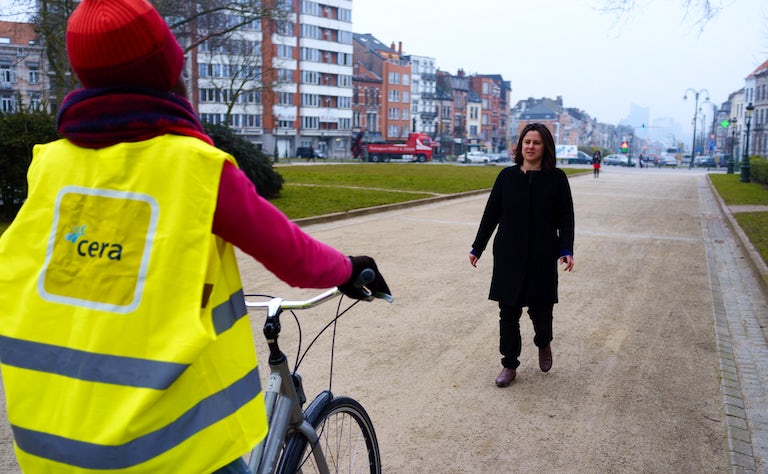 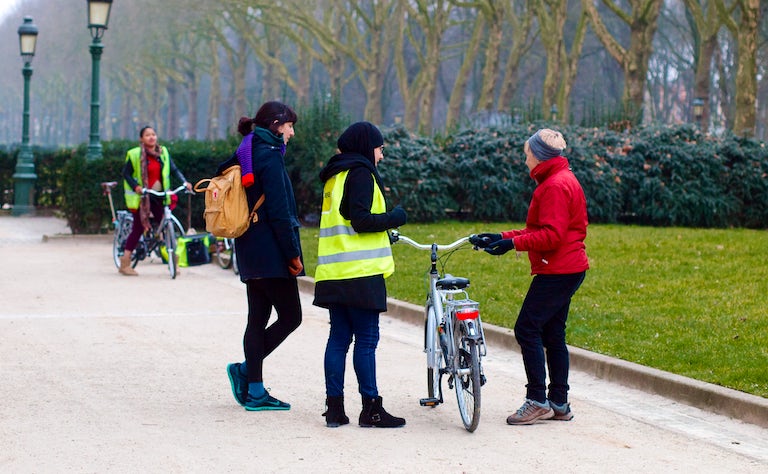 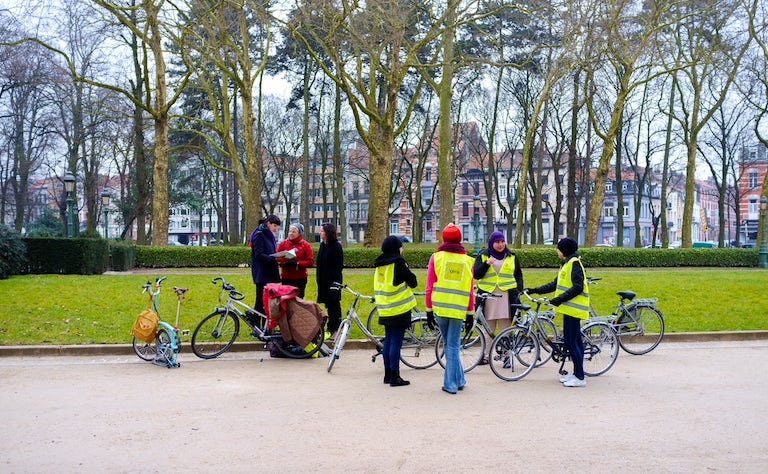 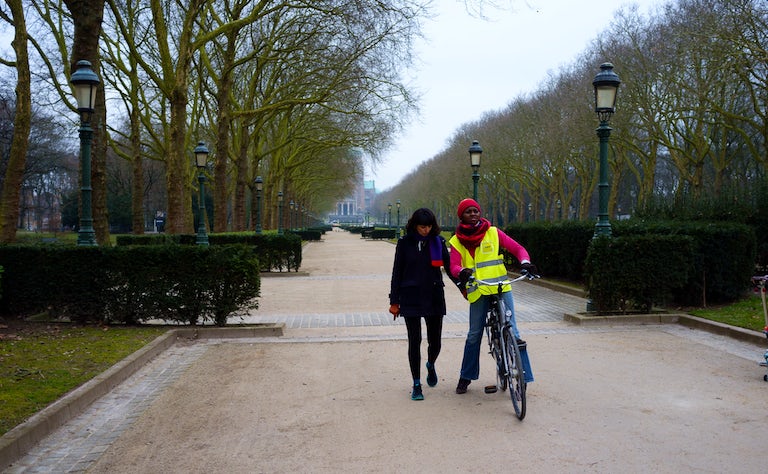 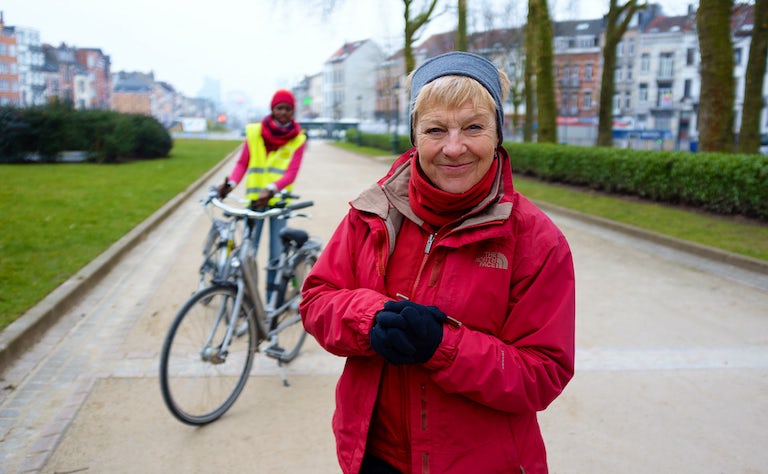 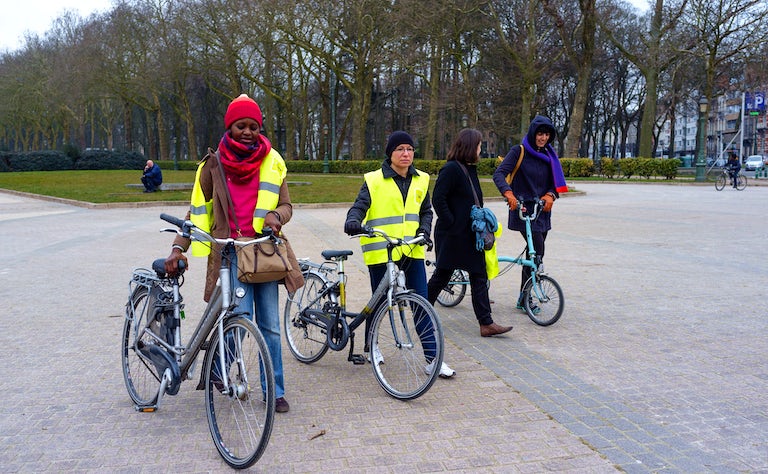 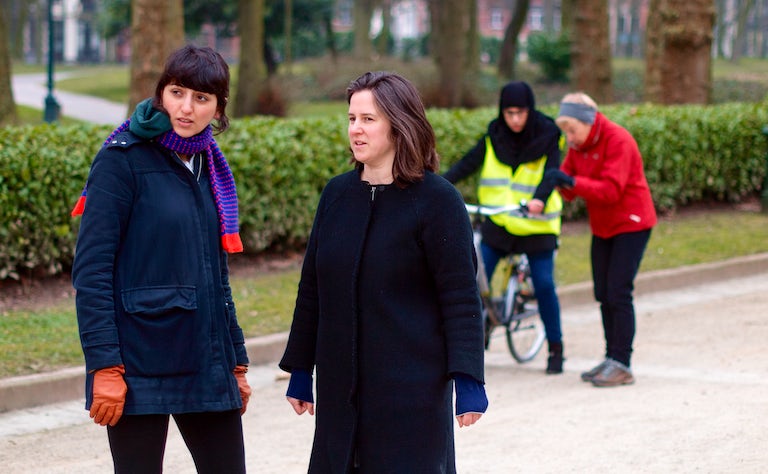 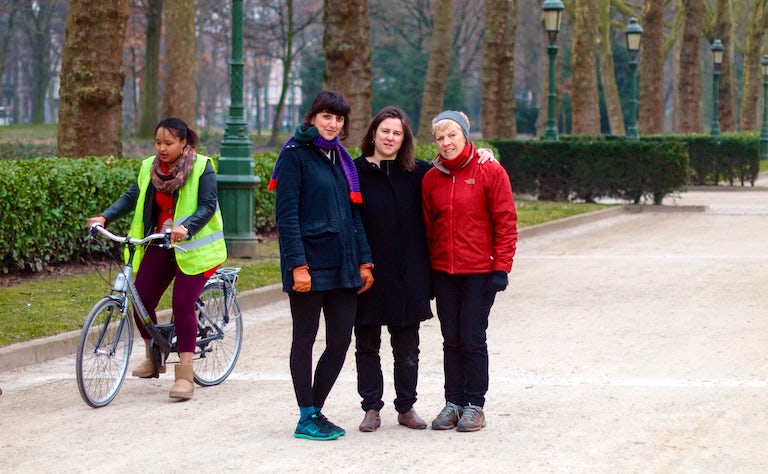