Train-bike-work or how not to lose a single minute

Camille lives in Liège but has worked in Brussels for six years. Every morning, she takes the train from the Guillemins station in Liège to Brussels North station. She takes her folding bike with her that allows her to travel quickly from the station to her workplace near Tour et Taxis.

“I have used the bike from the station to my work for five years now. It is faster than taking the bus or the underground,” the young woman explains. In total she gains 20 minutes a day on her journeys. And before her job moved, the gain was even greater. “When you’re a commuter every minute counts,” she says smiling.

And also, the bike means she only has to rely on one mode of transport (the train). “When you take the bus, you always need to factor in a margin whereas with the bike, I know exactly what time I need to leave work. What time I have to shut my computer down to arrive at the platform in time,” she says.

Her bike was provided by her employer. It must be said that this is a management concerned with the environment. So it provides personal bikes for its employees if they want them. “There is a huge bike parking and a large proportion of people come to work on two wheels. In good weather it is sometimes difficult to find a space. There are also unallocated service bikes that employees can use to go to meetings. If you are going a long way, you can also borrow an electric bike,” she says.

Camille regularly uses her bike during the day to attend external meetings. The locations can be quite a long way from her workplace. In that case, she combines public transport with the bike. Her two wheeler allows her to save time on the distance between the underground station and the meeting. “The benefit of the folding bike is that it is easy to take on public transport. So, if it is really raining hard, I can take it on the underground. In the same way, if there are steep climbs I take it on public transport and come back down by bike. You decide on the exertion you want to accept so you don’t arrive at meeting sweaty. Downhill is no problem, that’s fun,” she continues.

To get around the station, she also has her tips and tricks. “The idea is to keep the bike unfolded for as long as possible before getting on the train,” she confides. “So then it can roll and is lighter as its weight is distributed. When you have to carry it up the stairs, it makes a big difference. At the end, when it is folded in whole or in part, it stands up on its own: “that is practical when you are waiting for the train,” Camille also says. Finally, on the train it can easily be stored under the seat. “So I don’t lose any time by putting it in the airlock. There are more and more folding bikes on the train. Sometimes I have to look for a space to put it but otherwise it’s very easy,” she says. And then, taking a folding bike on the train is free: that isn’t the case with a traditional bike. 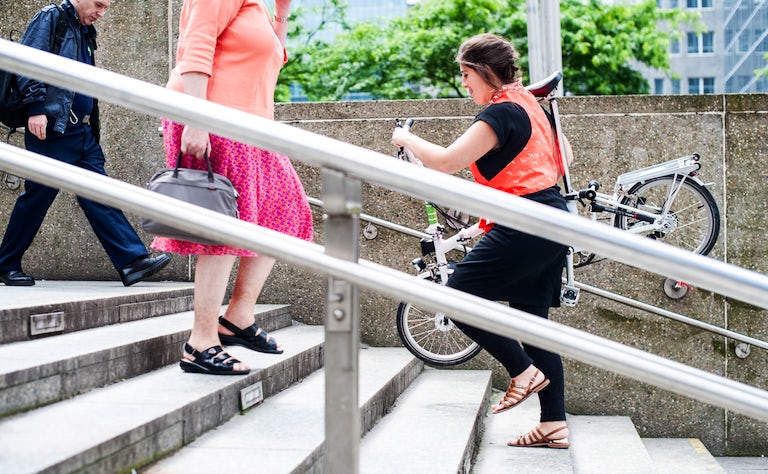 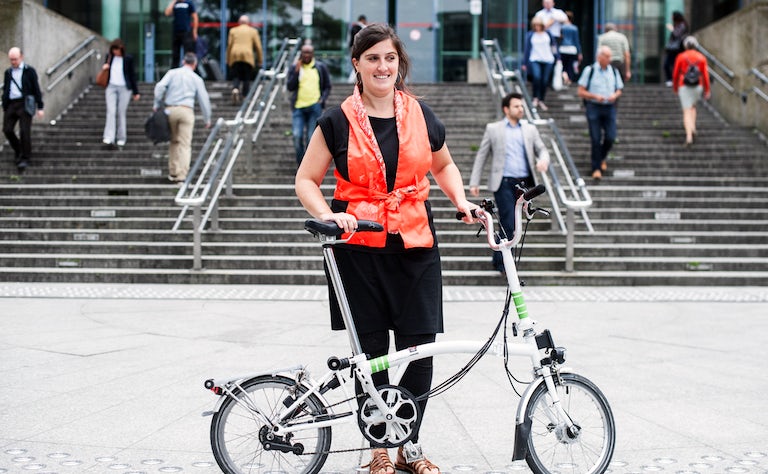 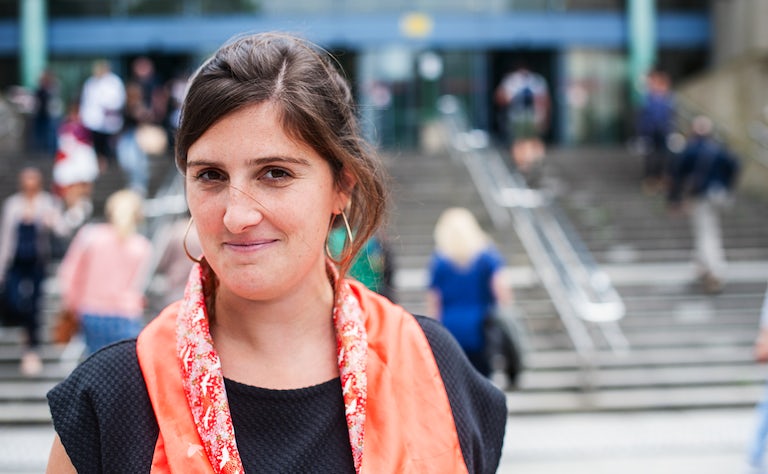 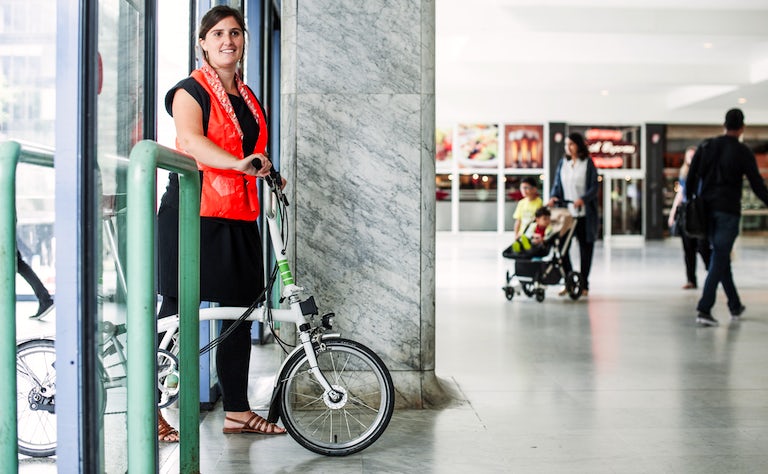 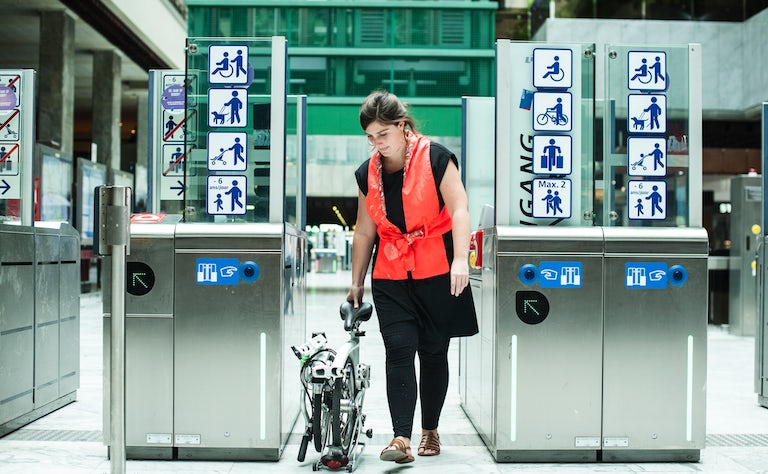 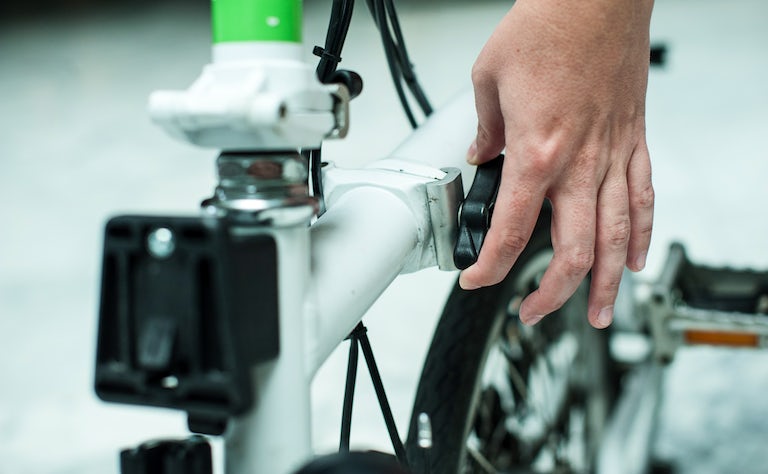 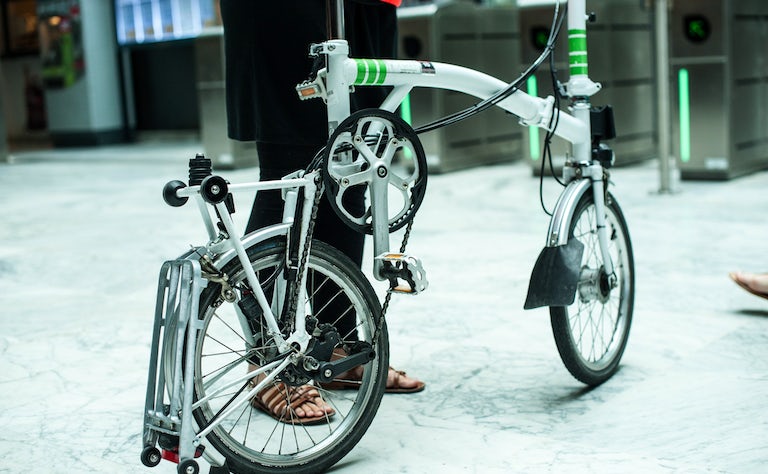 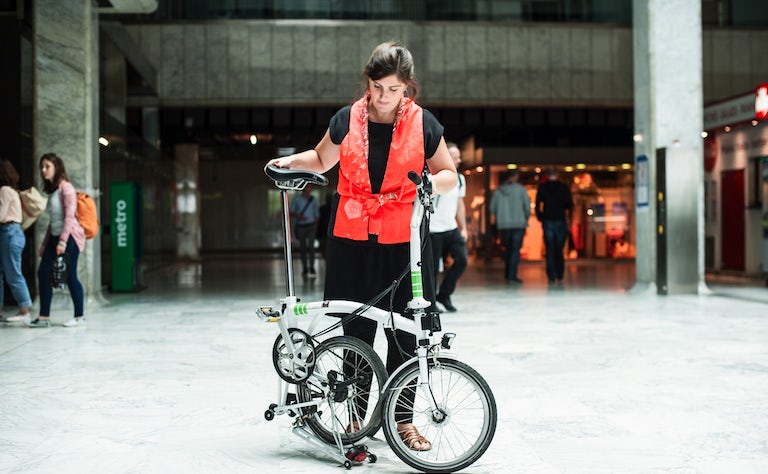 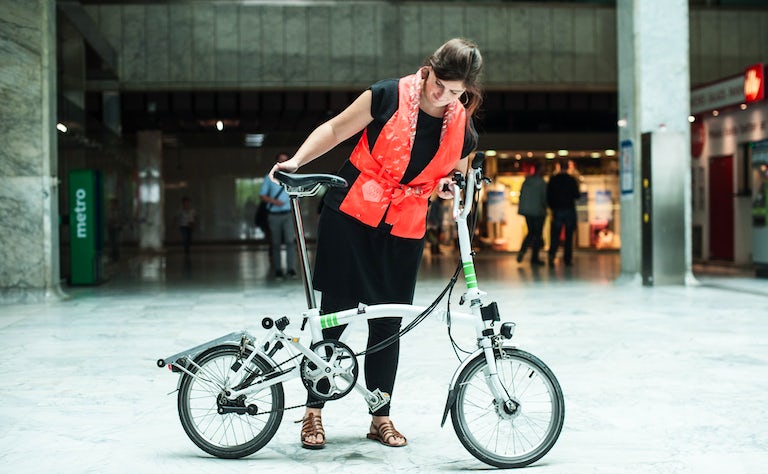 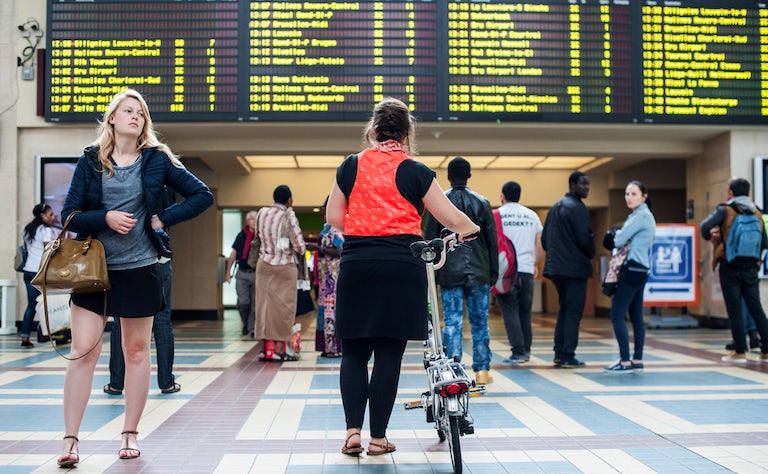 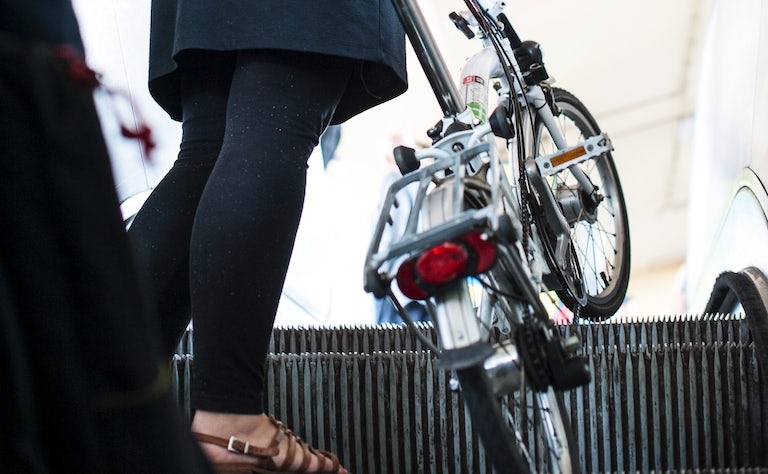 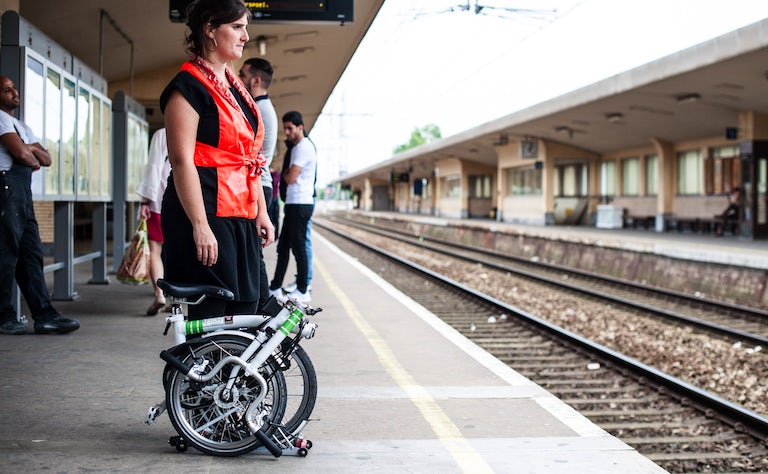 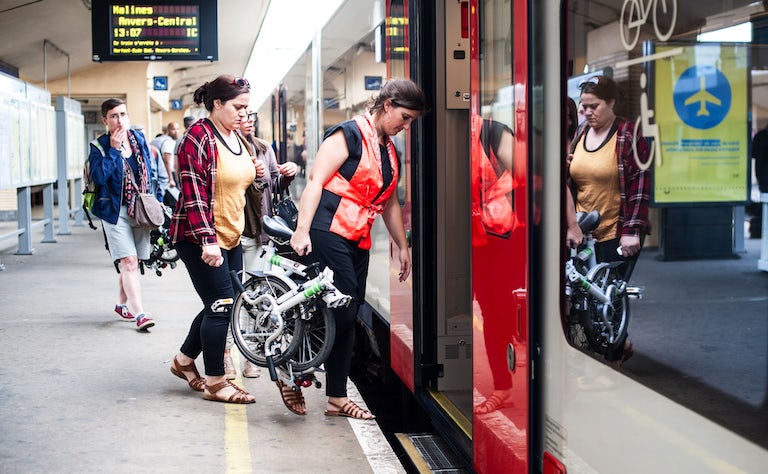