Kardama, the ultra-fast courier from the North

November. The first snow paralyses the traffic in Brussels. At Herman-Debroux, a van is stuck but has to deliver heart medication to an elderly man waiting at a pharmacy. Kardama is called to the rescue. He hurries to Herman-Debroux, finds the van, collects the medicine and then continues on his way to the pharmacy where the elderly gentlemen is incredulous to see him coming, “by bike? In this snow?” “Of course”” Kardama replies naturally.

Kardama, 43, is a bicycle courier and it is one of the most beautiful stories he can remember. Eight years ago, he established the company Pedal. “We were looking for a name at a meeting in a bar. In the toilets, when I was working out how to switch on the tap, an elderly gentleman told me, ‘the pedal, sir.’” Kardama didn’t know the word in French but decided that it would be the name for his company. It was only afterwards he learned the double meaning, but it doesn’t matter: it makes him laugh.

Kardama is Finnish, with a German father and a Finnish mother. At the end of the 1980s, he did trail cycling. In 1989, he found out from a documentary that cyclists travelled through cities with the type of bikes used on the trail. A revelation!

When he arrived in Brussels, he said to himself – in view of the traffic jams – that it was the ideal city to launch a courier service. “There was nothing like that. People didn’t think that a bike could be faster than a car. Now, sometimes you don’t even need to go fast to be faster than a car. In the United States and England, when people want to send an urgent letter in their city, they automatically call on a bike courier,” he says. And well, sending a letter by van seems disproportionate to him.

His company works for Food maker or also for lawyers or architects. He also transports passports and visas. “You need to know exactly what you’re doing. Trust is very important,” he says.

It also requires excellent physical condition. A glance at Kardama proves it: not a gram too much. It must be said that he cycles 80 to 100 kilometres a day. Five days or even seven days a week. “If you love what you do, even extreme things don’t feel it. You have to enjoy every moment you are riding. I love cycling and enjoy being in the city,” he says. So it is about more than a passion for a job.

He also appreciates meeting people. “On average, I have 20 orders a day. That’s 40 doors a day and I meet the same number,” he smiles. Whether in sunshine, wind and rain, it doesn’t matter., “there is no bad weather, only bad clothes,” he states.

To travel, Kardama uses traditional traffic tyres: like cars. Given his speed, he feels they are the safest. But if he cycles fast, he always respects the rules. “The best messengers are those who can become invisible: no horns blowing, no shouts, no pedestrian who has to step back so they won’t be knocked over. I am against those messengers who rush without showing any respect. It’s like the helmet: I will not allow any of my messengers to ride without a helmet.”

When he is on holiday, Kardama likes … to cycle. “Every year, I spend about ten days on Majorca with my family around my birthday. Last year, my wife asked what I would like to do on that day. I replied, get up at six am and go up to the peaks on the island by bike. She told me I was definitely crazy,” he says smiling. 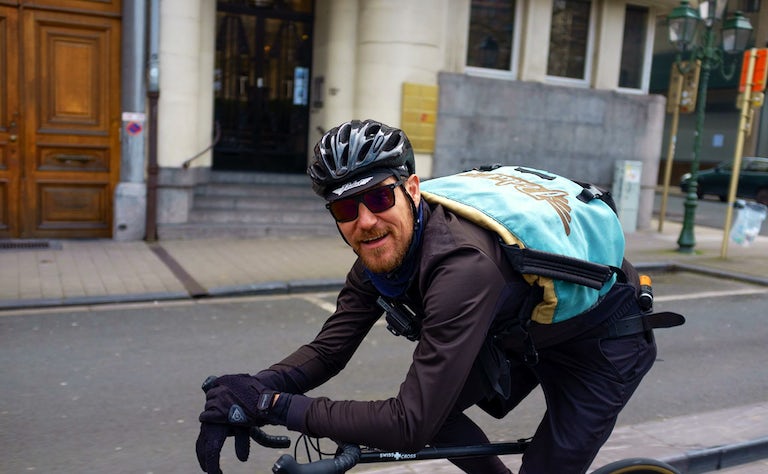 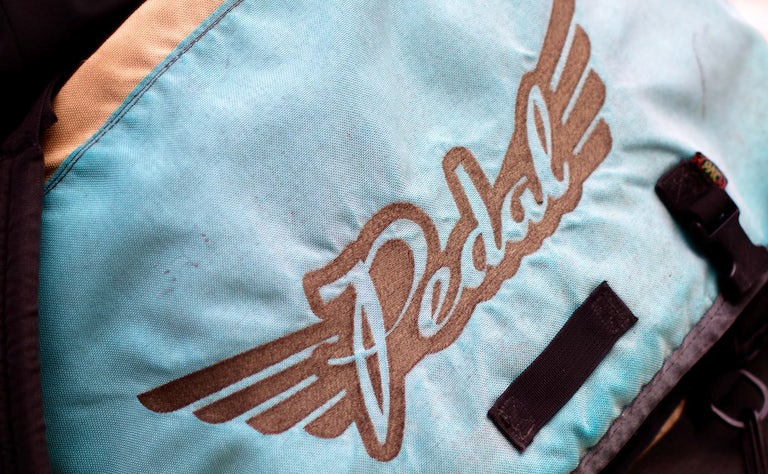 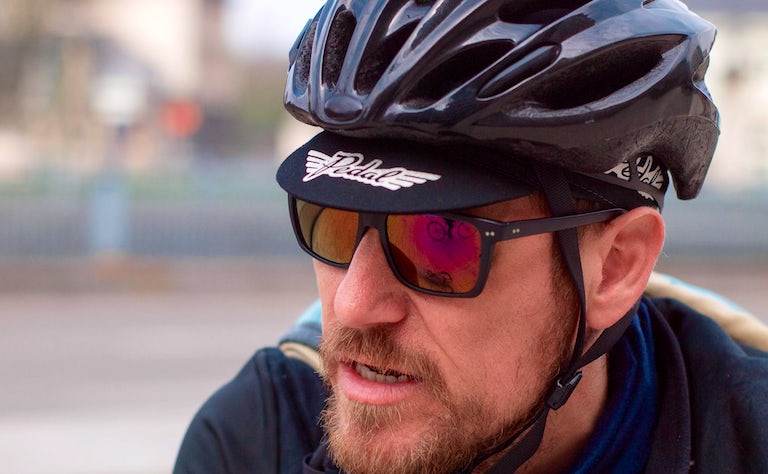 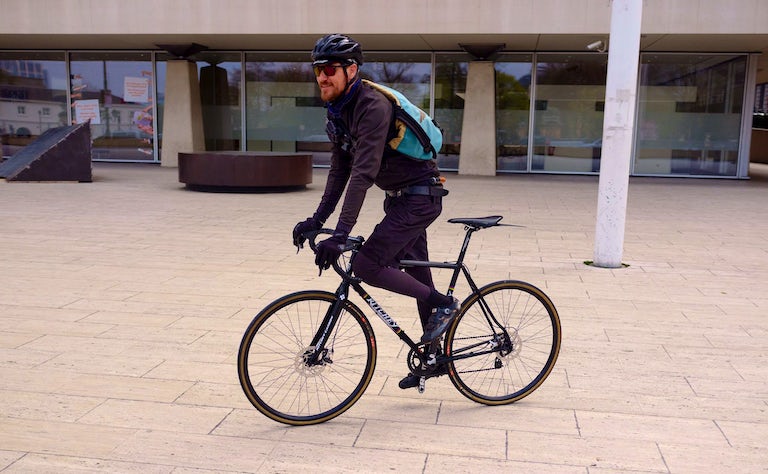 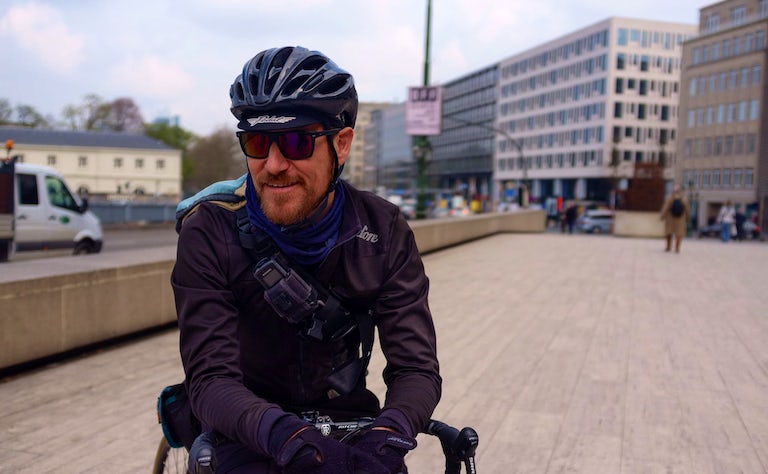 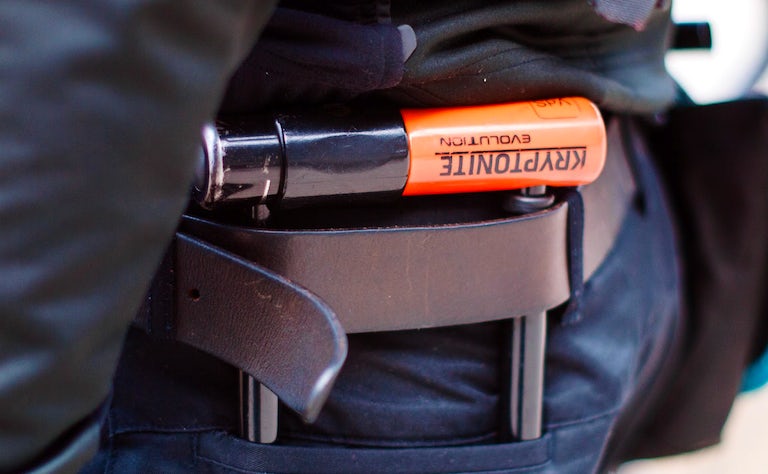